An Epic Battle On The Oak Branches 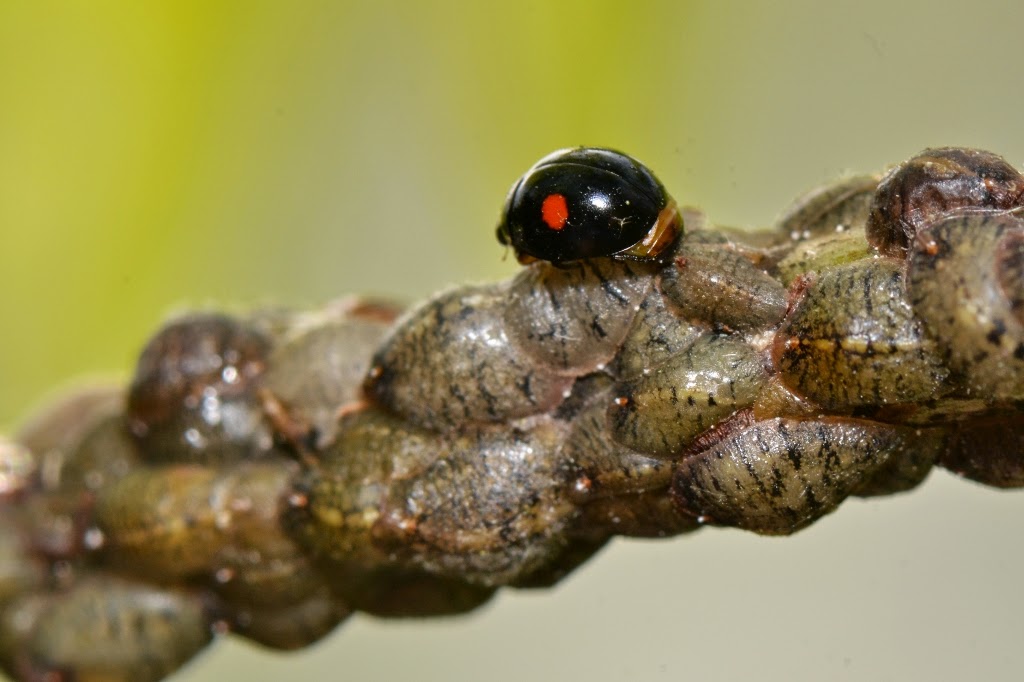 I posted about a scale insect infestation and the scale insect predators previously.  Who won this battle for the oak branches?  Did the scale insects win, or their enemies: the entomopathogenic fungi,  tiny parasitic wasps, and other predatory insects (like the lady beetles) that prey on the scales?  Here is an update on that epic battle with photos showing the carnage. 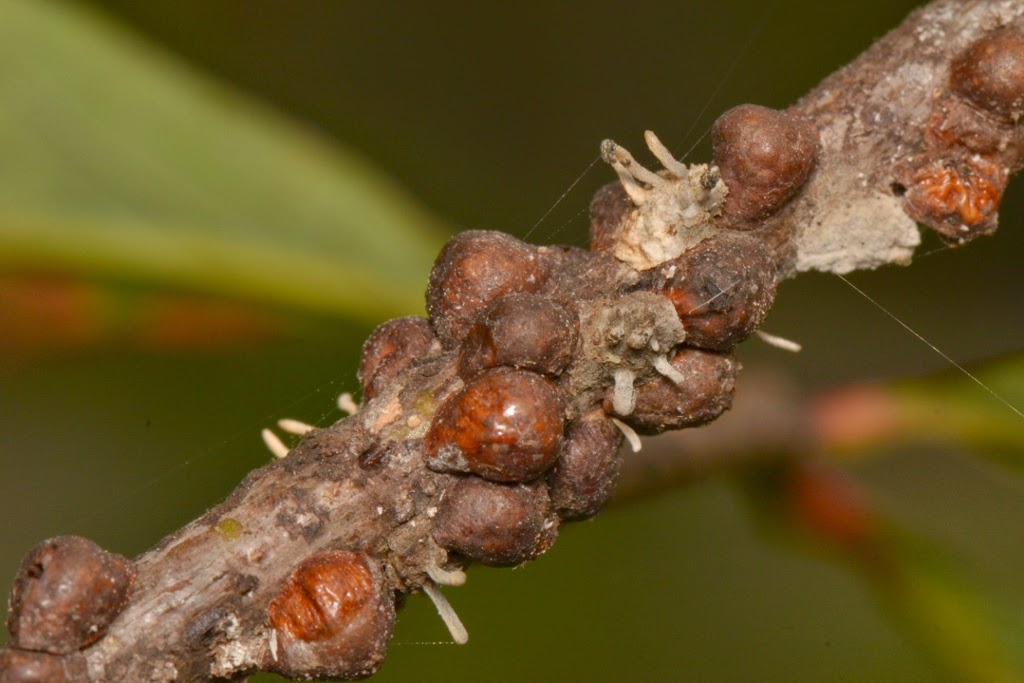 Fungal entomopathogen spores landed on the scale insects' cuticles and infected many of the scales, eventually killing and digesting them. 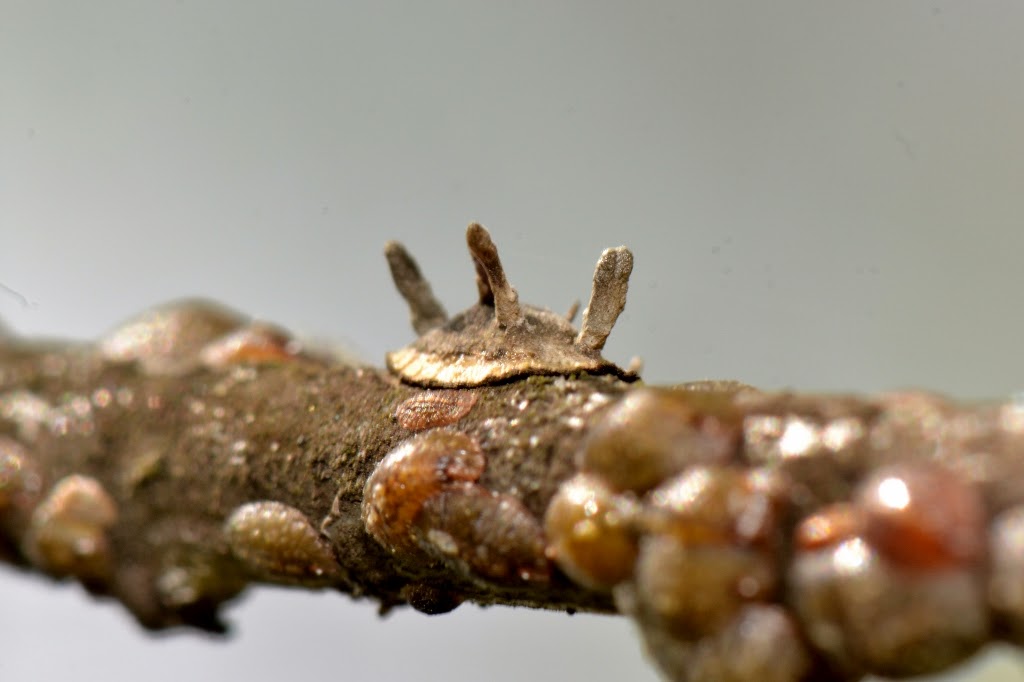 These two photos show fruiting-bodies growing post-mortem out of the parasitized scale insects. 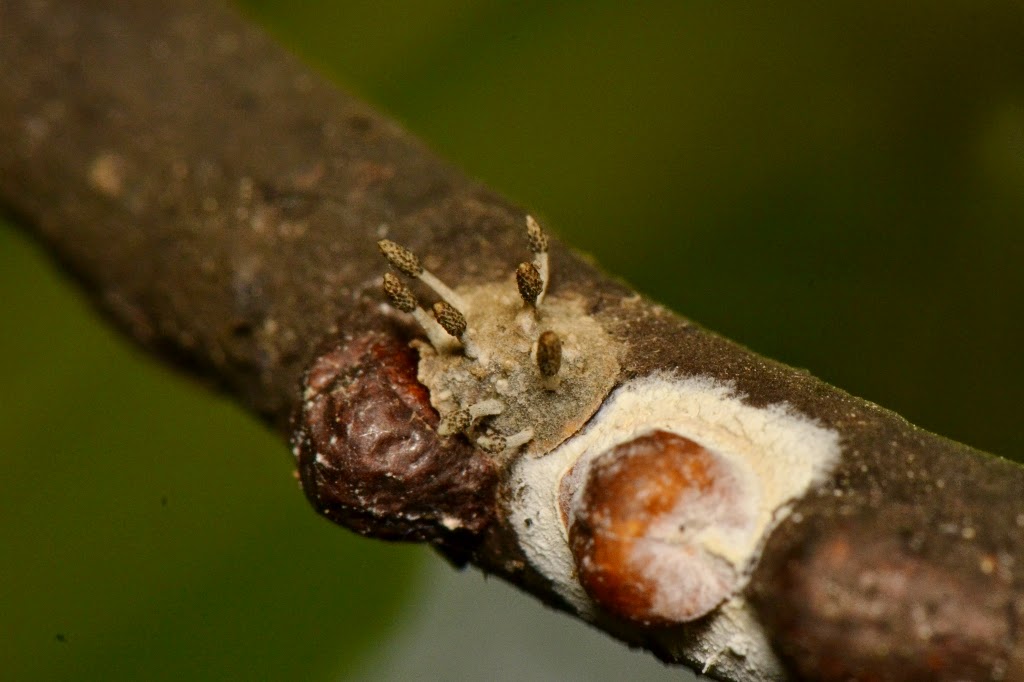 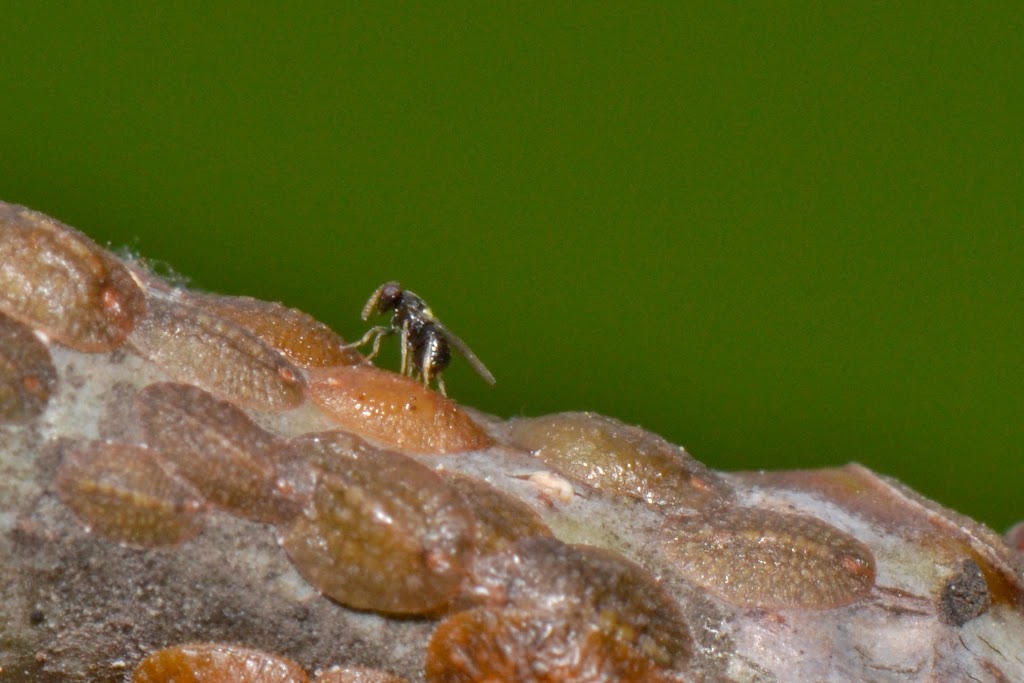 The tiny wasps had a big job scurrying around over the hordes of stationary scale insects and selecting suitable ones where they would lay their eggs. 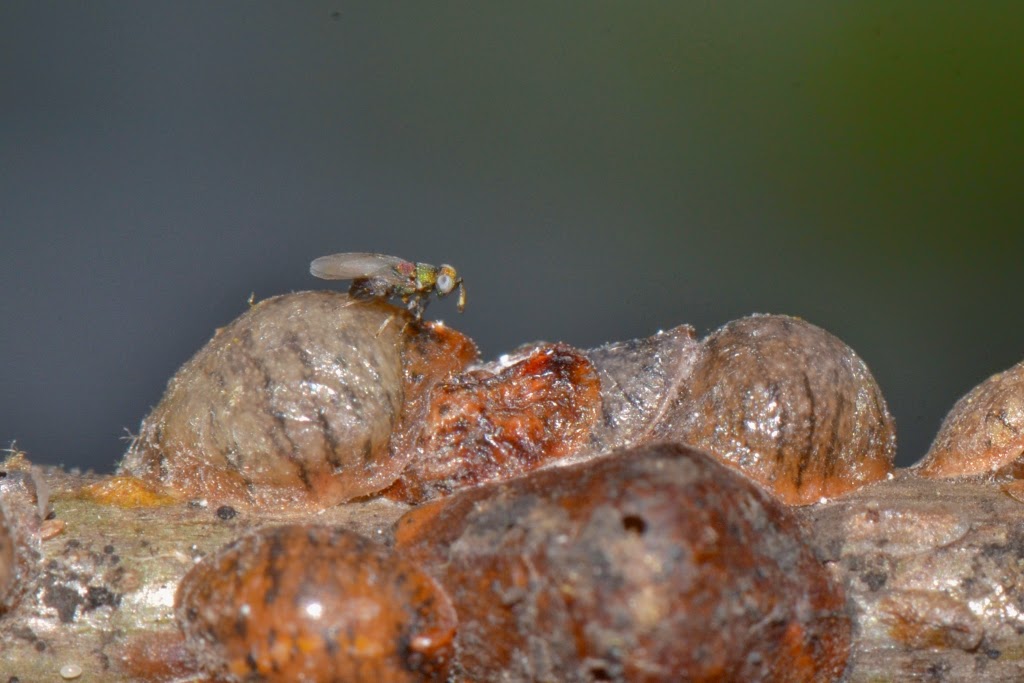 The wasps' larvae developed inside the scale insects as they fed on the scales or the scales' eggs. 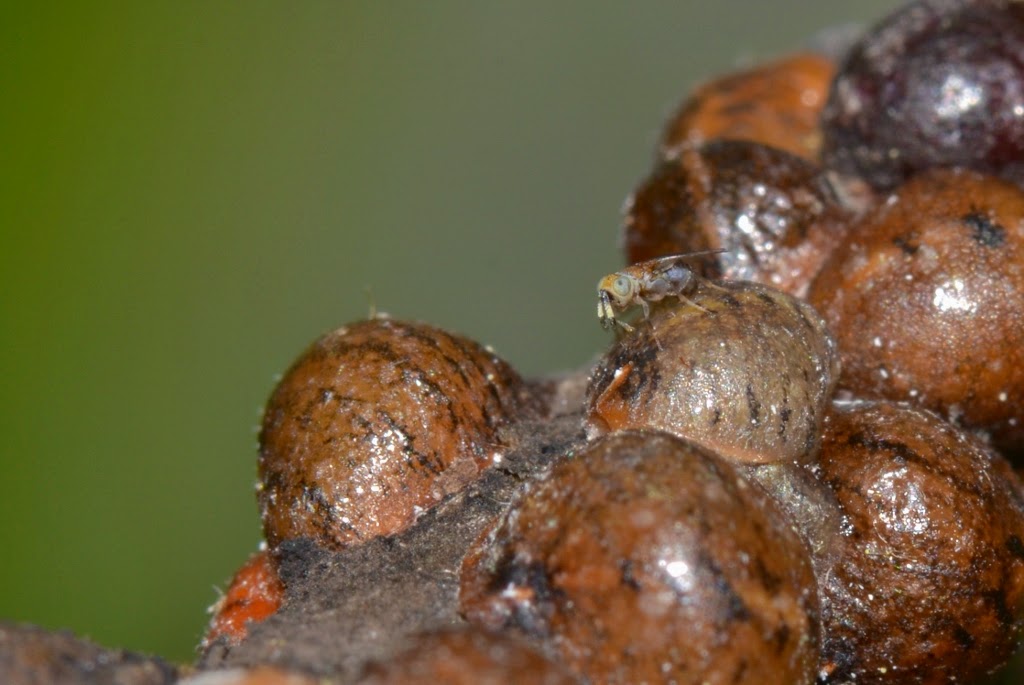 Here is a photo of a scale insect shell with plenty of exit holes from the mature wasps. 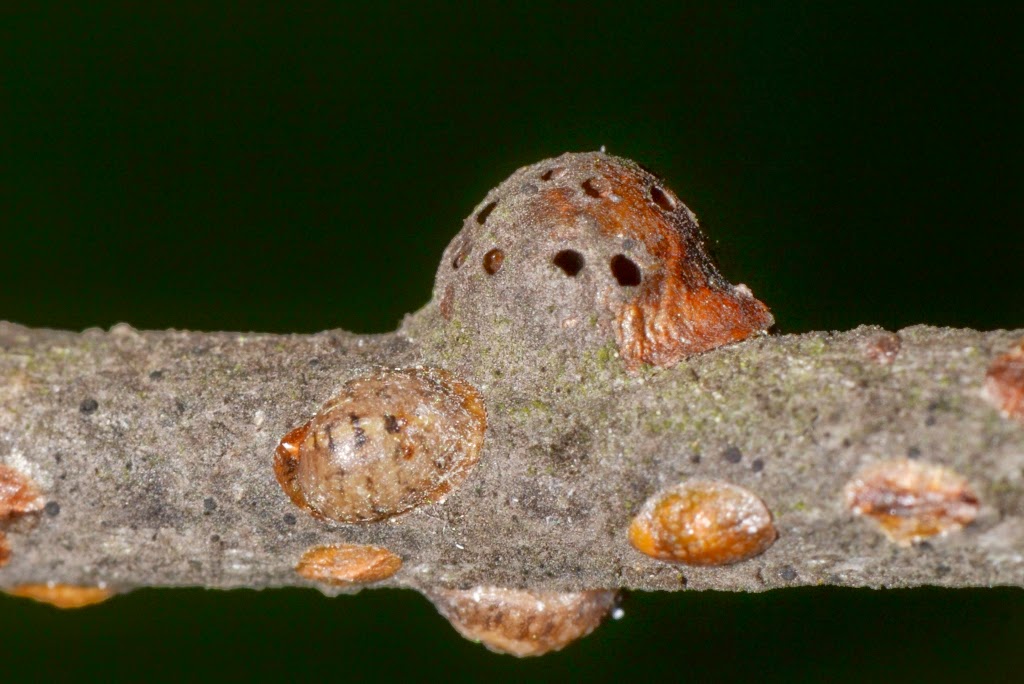 In this epic battle for the oak branches in a forest near me, hordes of scale insects were attacked by wasps, the entomopathogenic fungi, and the larvae of  beetles like the Twice-stabbed Lady Beetles... 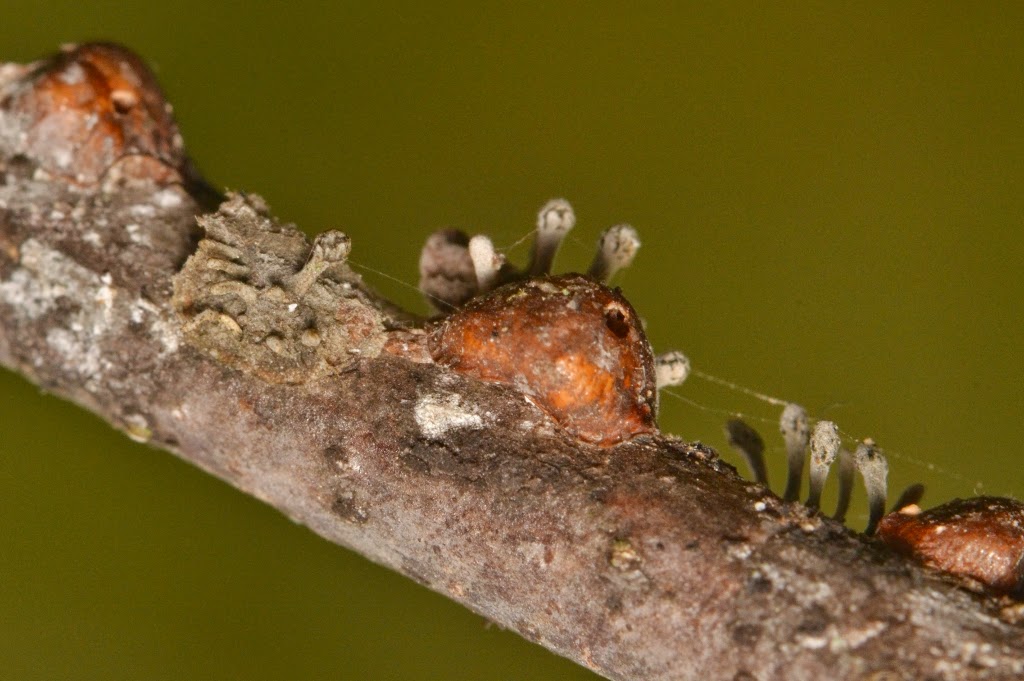 .... as you can see, the scale insects' enemies won the battle.