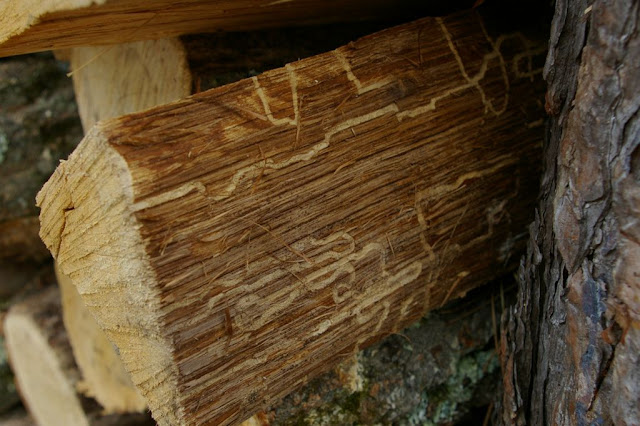 Those markings on the firewood are wood borer galleries. 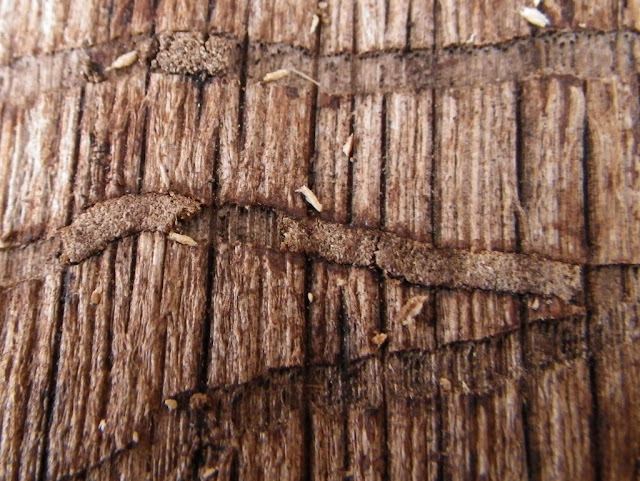 They are packed with fine waste material called "frass". 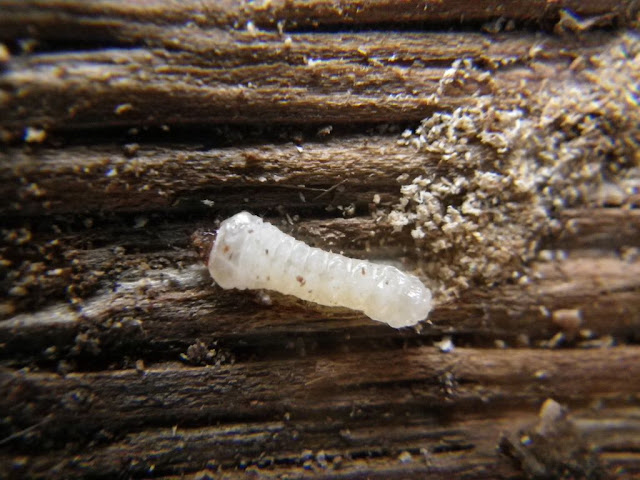 This little larva was lurking in on of those frass filled galleries. 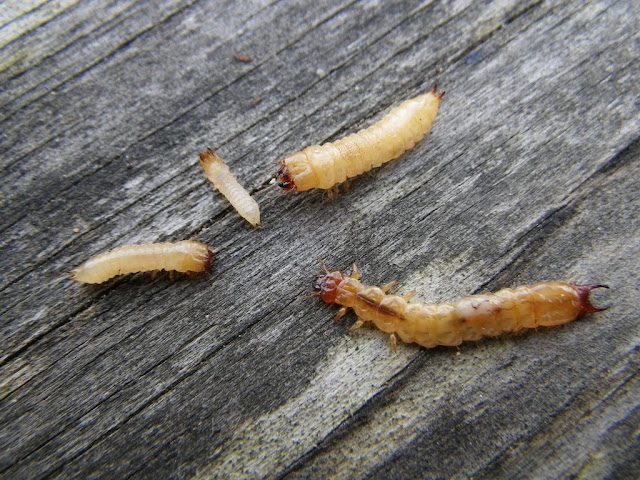 These beetle larvae were under the bark as well. 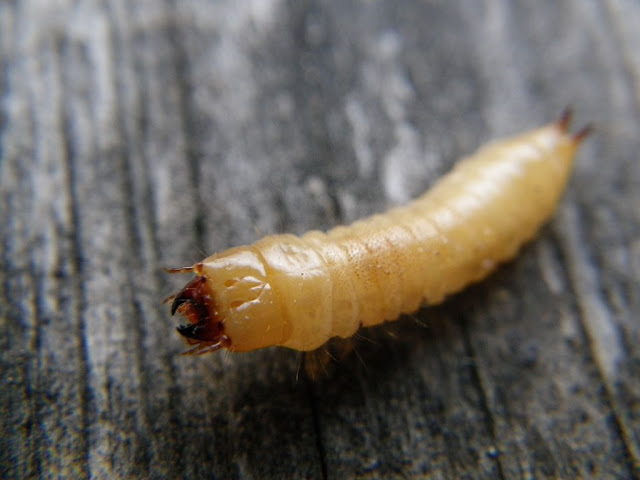 Nasty looking mandibles, eh?  This larva probably eats the fungus permeated wood I found it in. 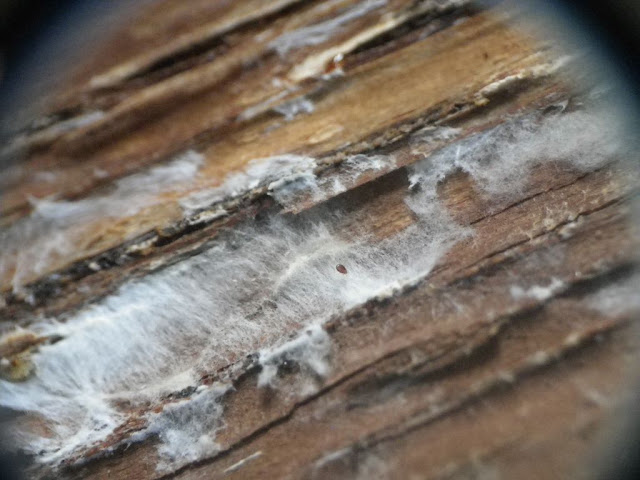 Near the center of this picture is a tiny seed-shaped insect.  One of the many almost invisible creatures scurrying around on the underside of the bark.  The picture was taken with my Pentax Optio

through
a 10x hand lens

Email ThisBlogThis!Share to TwitterShare to FacebookShare to Pinterest
Labels: larva