No one has been down this trail for a while. 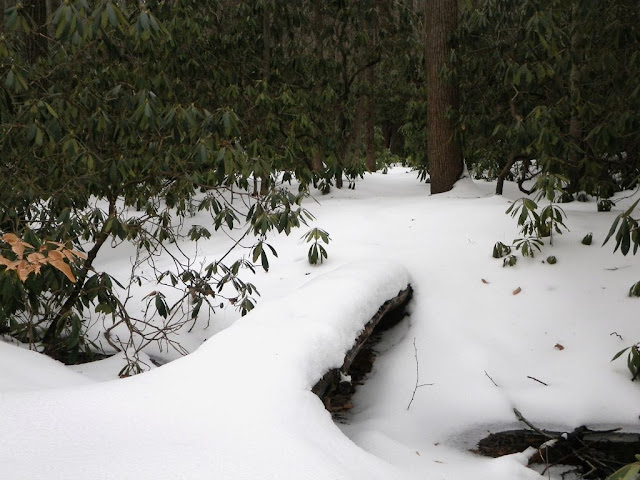 The snow blankets the woods with silence.
The only sound is the occasional murmur of the Tangascootac when it briefly surfaces. 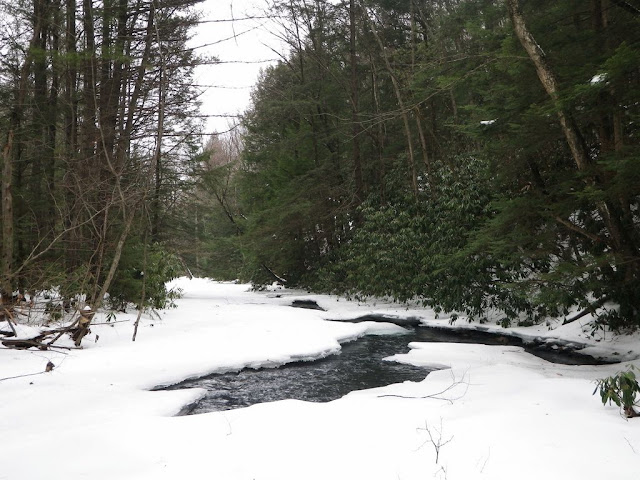 The silence is broken too when a flock of kinglets passes by, twittering cheerily as they flit along intently feeding among the branches of the hemlocks, sycamores , and witch hazel. 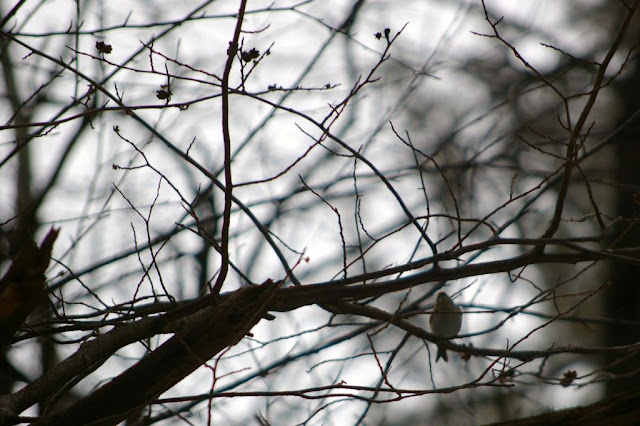 As I observed them hovering along the branches obviously finding plenty of what they were looking for, I wondered "what could these golden-crowned kinglets be eating?".  My search on the hemlock branches proved useless.   I'll have to look closer another day.  I had better success on the sycamores.  Here are some screen shots of a movie I took of a kinglet hunting under the sycamore's loose bark. 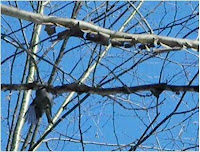 I did the same thing (the hunting, not the hovering) and immediately found this geometrid caterpillar (inchworm) under a large bark flake. 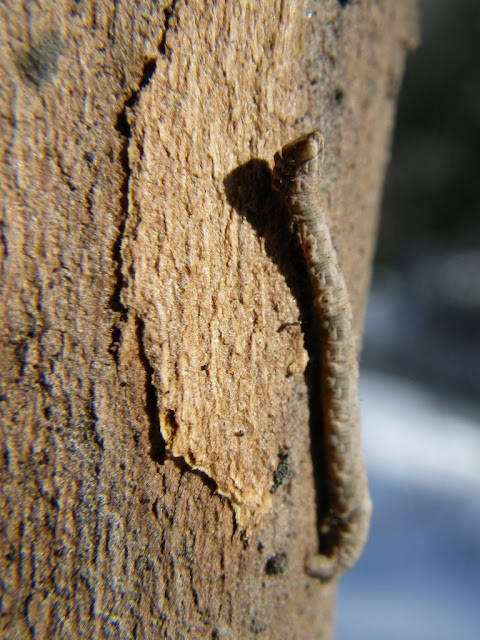 A caterpillar in the dead of winter!
The temperature was almost zero this morning.  Is it frozen?

Let's check by poking it. 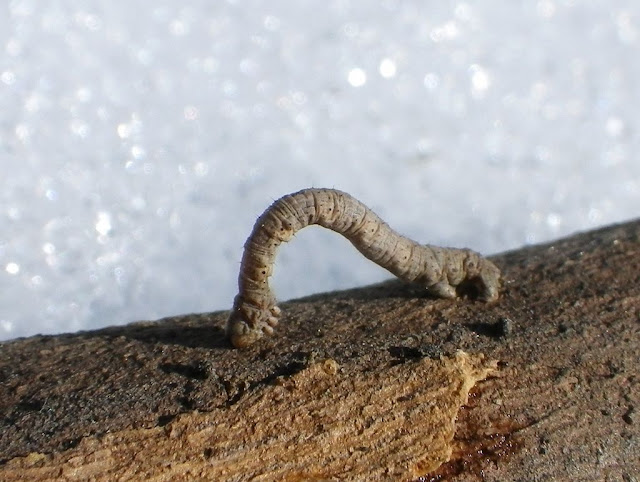 Thanks to the Golden-crowned kinglets, I'm off hunting other insects that are spending the long, hard winter unfrozen and very much alive.
Posted by Dana at 2/07/2011