The other day when I saw the Mallards feasting on the benthic drift being carried along in the strong current, I decided to investigate a nearby stream bank and see what hatch might be happening. 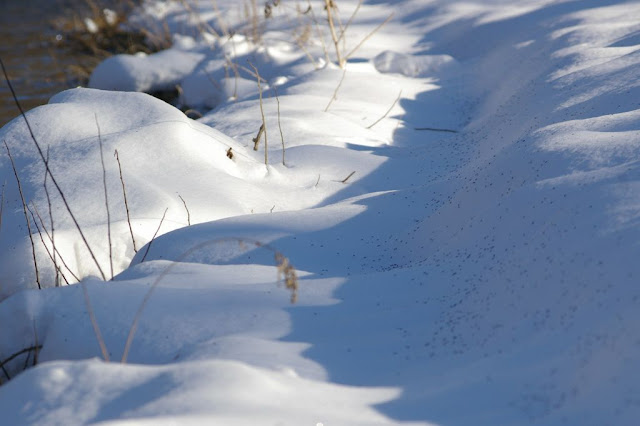 I wasn't disappointed, for as you can see, the stream bank was lined with multitudes of midges.
You could pass off the stream bank as dirty snow, but it was actually pure white snow covered with winter-emergent chironomidae (snow midges). 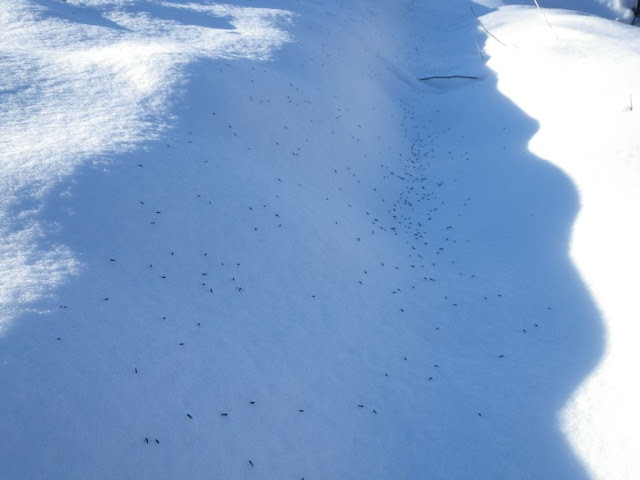 Somehow the view in this picture made me momentarily think of Pickett's Charge.
Mostly I had to think of the magnitude of what was on display there.
First, I had to think about the midge's cold-hardiness, which is a survival mechanism enabled by cryoprotectants. That's a big deal for such a tiny critter 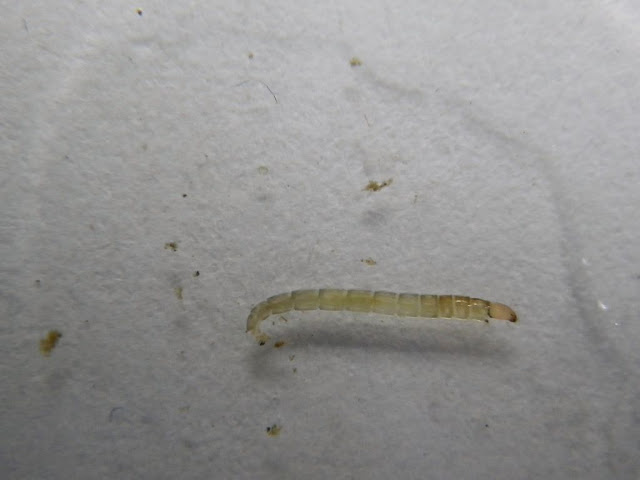 Here is a midge larva in a drop of water. 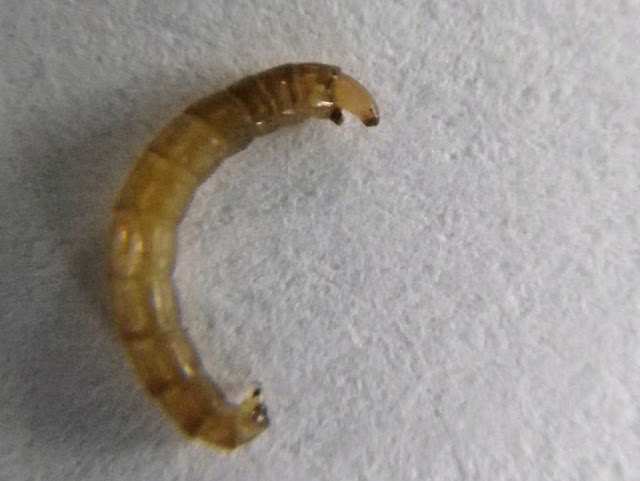 These midge larvae live on the substrate of cold flowing streams eating periphyton or detritus.
This larva made a great subject for my second attempt at microphotography. 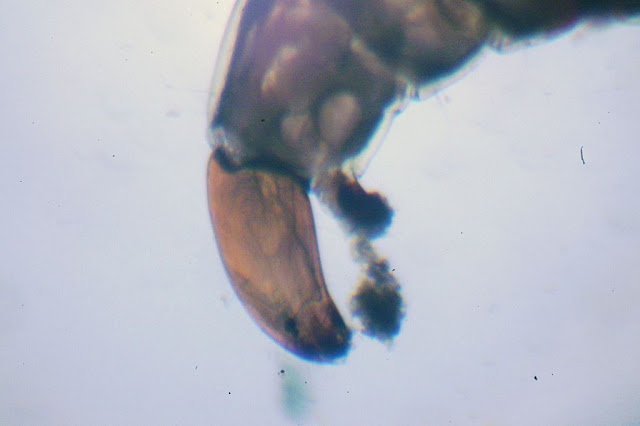 Here is a microscopic view of a larva clinging to a bit algae with its short proleg. Notice the dual eyespots. 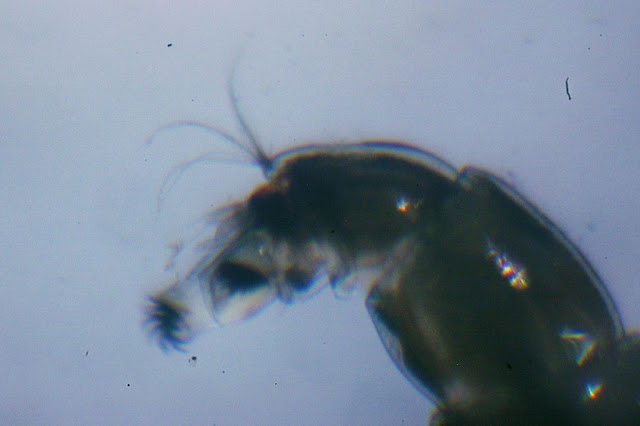 Here is a microscopic view of the terminal prolegs and brushes.
The larvae mature as pupae then float to the surface and hatch. The other day must have been a big hatch because the ducks were going crazy feeding on the drift. I'm assuming the current was full of midge pupae and exuviae. I should have tried to catch some of those pupae or cast pupal skins with my kick-net

Back to the life cycle, those matured larvae hatch and emerge from their pupae as cryoprotected adults ready to fly, mate, and lay eggs. 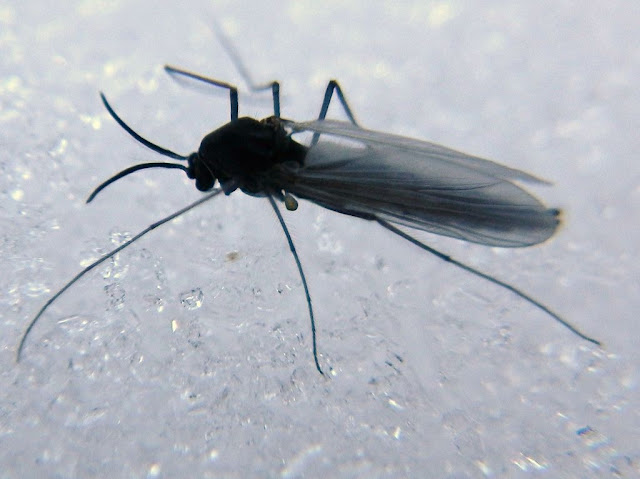 " Talk about complete metamorphosis".
Those flying adult midges even come complete with "gyroscopes" which are really called halteres.  You can see them in the picture above (look like knobs on stalks)  located under the midge's wings.
Those little aquatic "worms" that live on the slimy stream rocks come out onto the snow ready TO FLY! 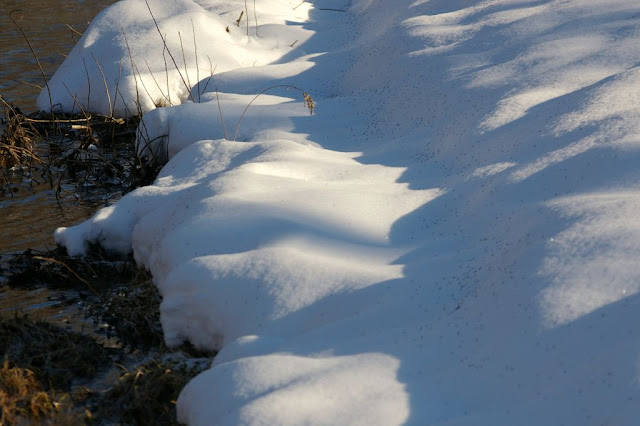 Just an ordinary day along the stream bank, eh?
More to explore: