Spring? Don't get used to it.

We had a few days of warm springlike weather.  Folks around here were talking spring.  Of course some of us said "yep, its nice, but don't get used to it"

I did photograph some evidence that winter was losing its grip. 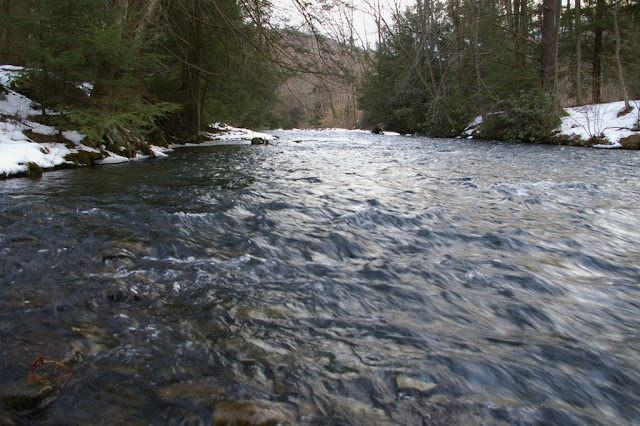 The 'Scootac is free again.  Free to babble again instead of murmur. 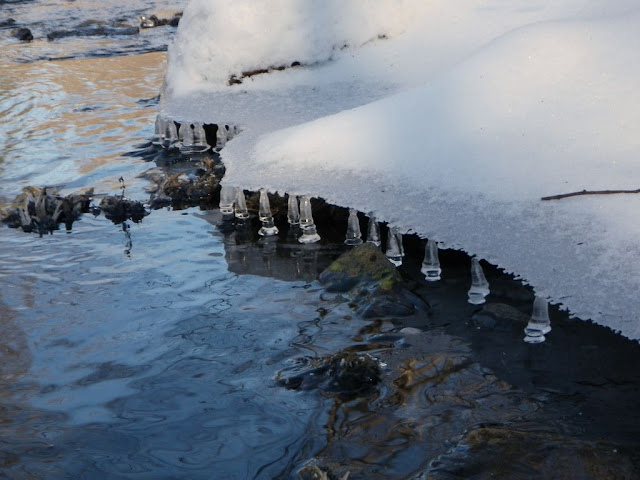 The jaws of winter lost their icy grip. 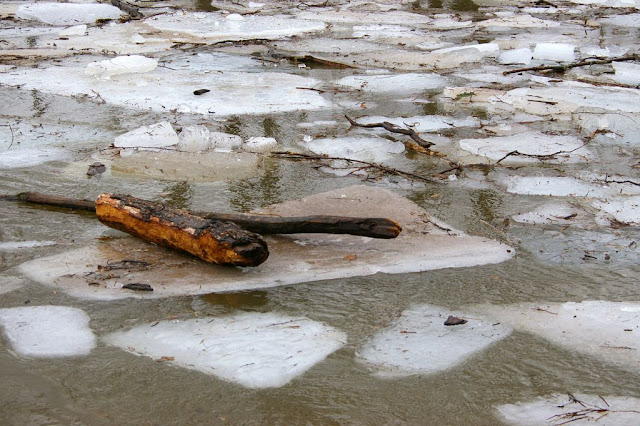 The ice went out of our rivers and streams over the weekend. 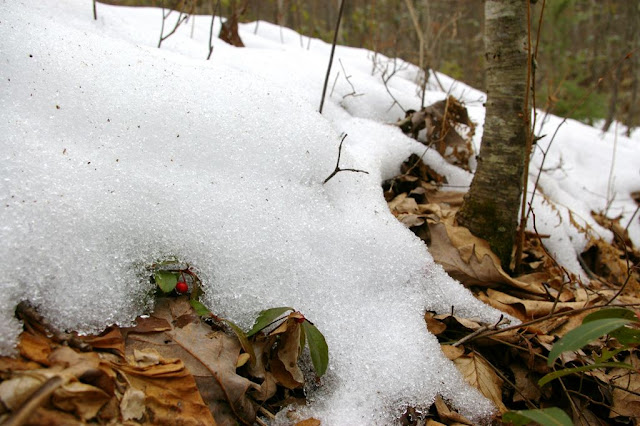 The sun was hard at work pulling back the blanket of snow. 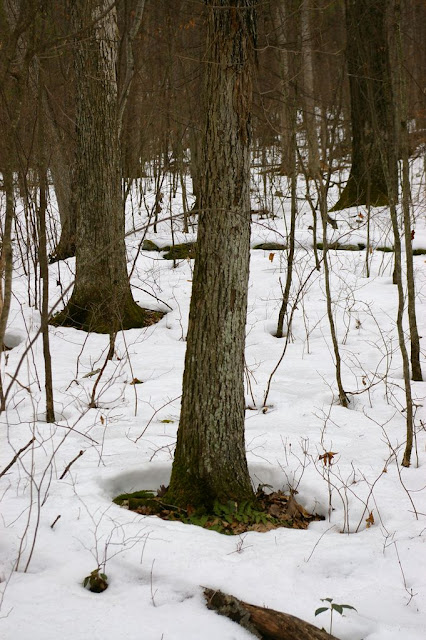 You could see an almost forgotten world being revealed in the melted rings around the tree trunks. 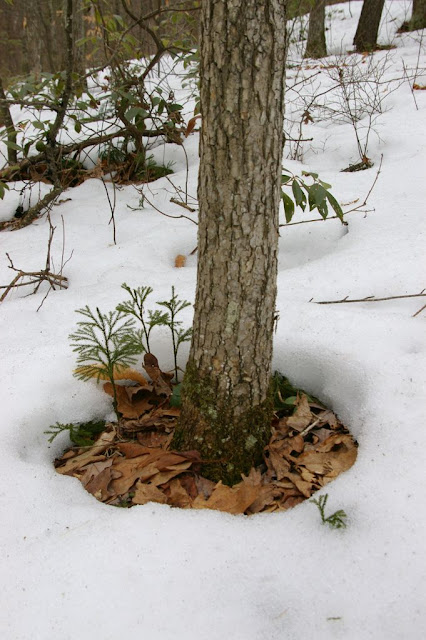 Since snow reflects sunlight so well, the melting happening here was caused by the darker objects absorbing the sunlight and radiating heat into the snowpack. 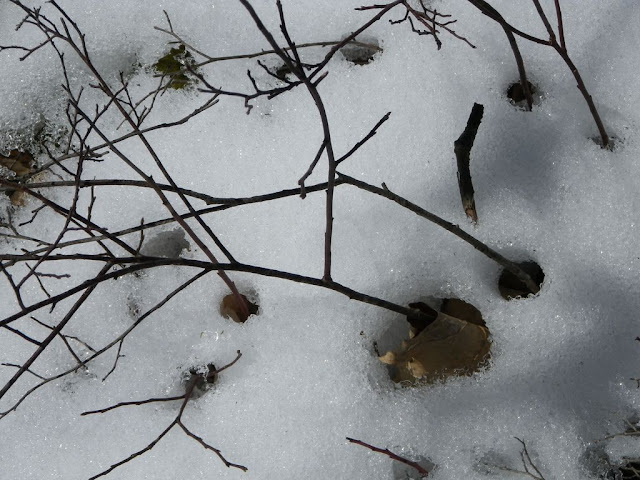 Bit by bit, around this twig, around that tree, and around that leaf, the snow was leaving.
The sun almost had the snow blanket pulled back, 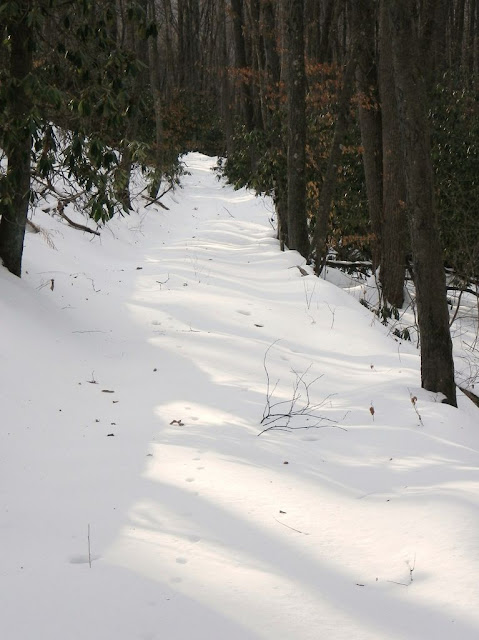 but it snowed 8 inches last night, so the winter world is still here. 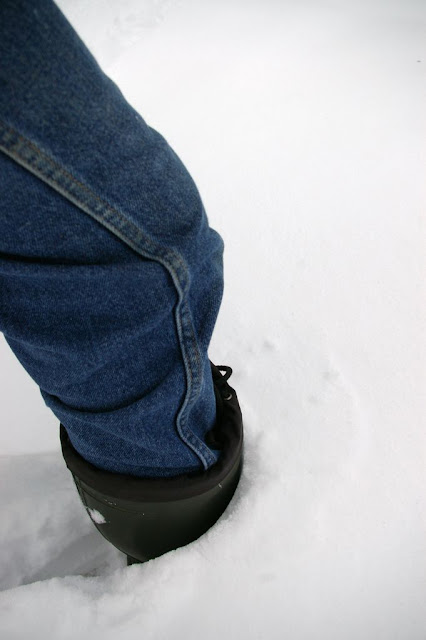 The snow is still boot deep. 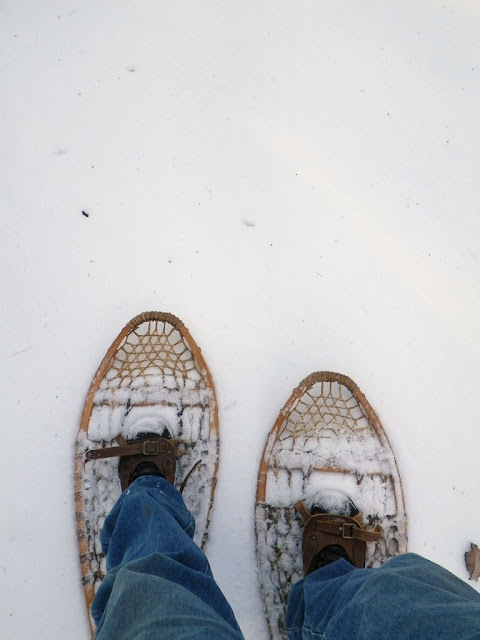 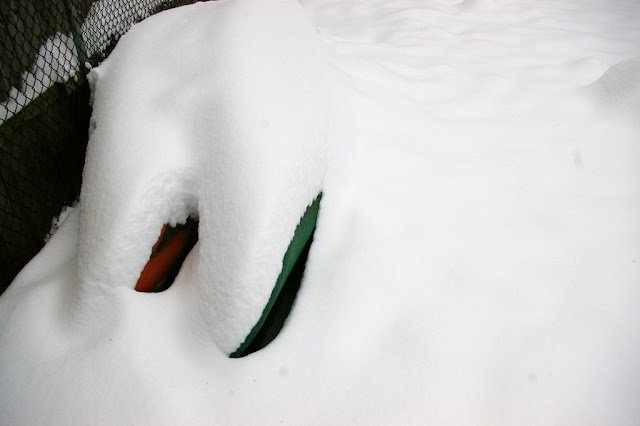 There was talk among our family about going canoeing soon.  I think its best if we leave the canoes buried. 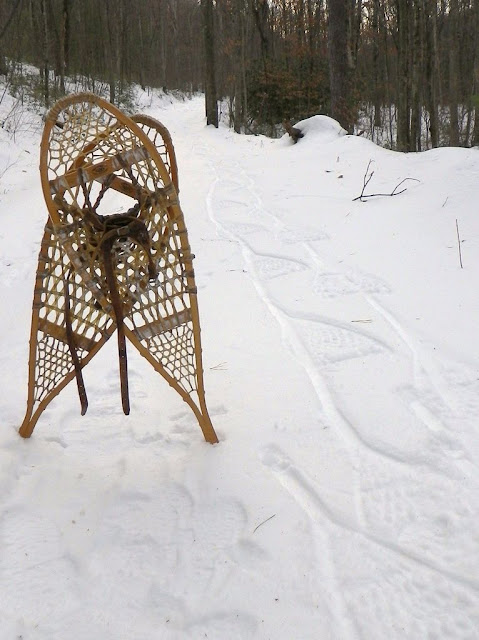 Spring?  Don't get used to it yet.  It's not quite time to hang up the snowshoes.
More to explore: