Today was a good day for the winter stoneflies.  They were scurrying all over the snow in search of mates.
﻿﻿﻿

There were at least two different kinds climbing all over the yard, the picnic table, and the house.﻿﻿﻿
You'll remember I posted about the snow midges which have the same ability to be out and about this time of year.  If I would crawl across the snow like that, I'd have frost bite in a jiffy.  I am almost jealous of their cryoprotective (anti-freeze) compounds.  That ability is supercool!  I've used supercool as an expression before, but it is a word that basically means cooling below the freezing point without freezing.
Of course, there is more to the life of a winter snowfly than running around on the snow.  These guys are freshly "hatched" from their aquatic larvae.  They were formerly a part of the benthos and occasionally they went driftin'. Since they hatched, it means they survived the Driftin' Diner.  I should clarify that the stonefly nymphs were part of the benthic drift I posted about, but the stonefly adults were riding rafts or climbing on shore. These nymphs hatch after climbing out of the water, as compared to some other insects like midges and mayflies, that hatch on the water.

﻿﻿﻿﻿These stonefly nymphs live on the stream bed, shredding leaves or CPOM (coarse particulate organic matter) for food.  Some of them may graze on periphyton as well.
When their shredding days are accomplished the nymphs are ready to be delivered from the benthos.

﻿ ﻿  The stonefly nymphs crawl out of the water and onto some object like a log or a rock.  Shortly, their exoskeleton splits open down the back and out crawls an adult stonefly.


Then comes my favorite part. 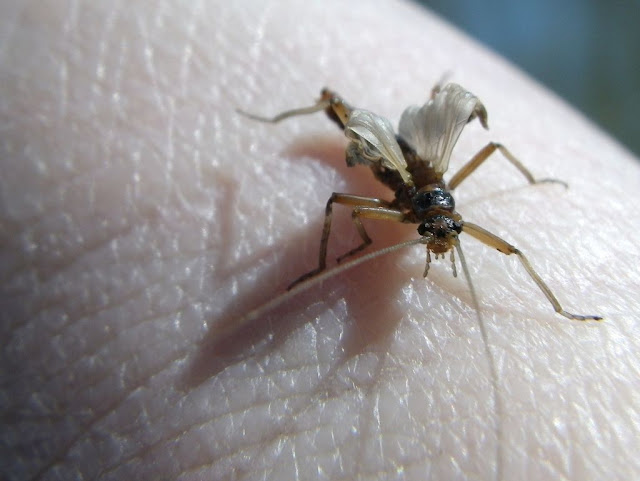 I'm thinking about a satellite unfurling its solar panels once it reaches orbit. 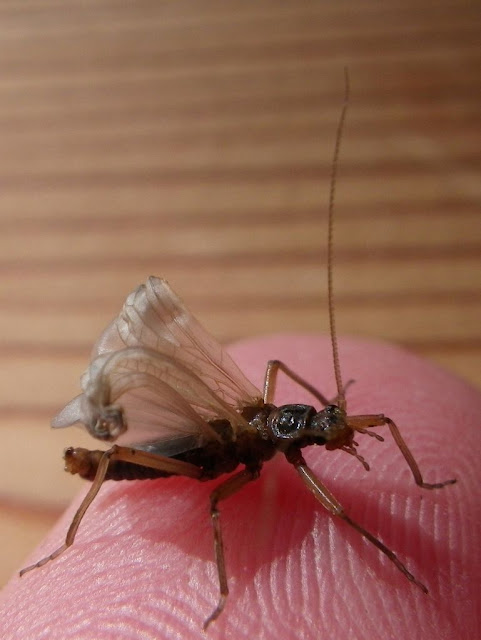 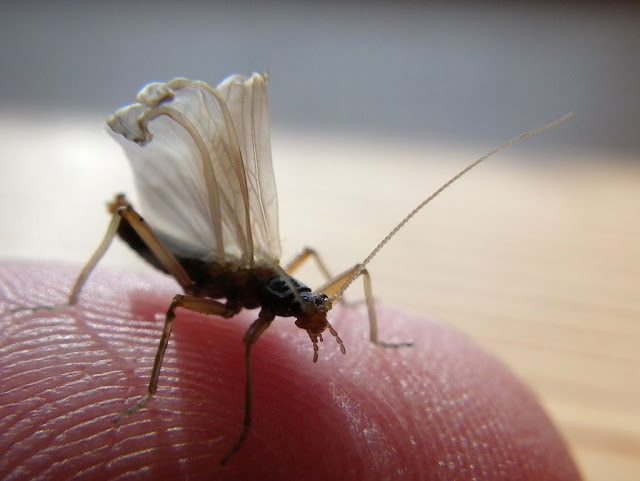 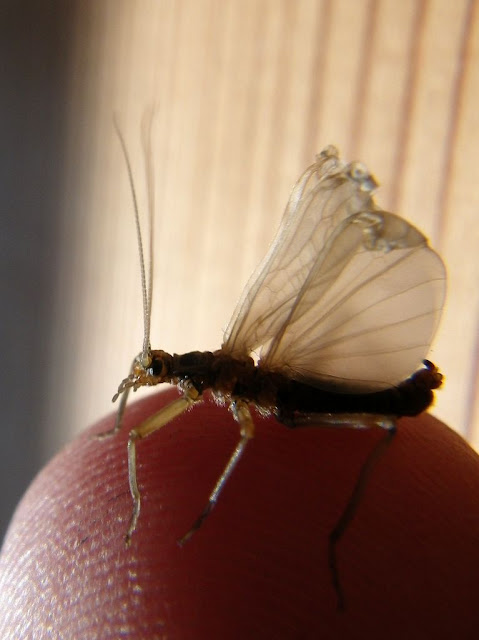 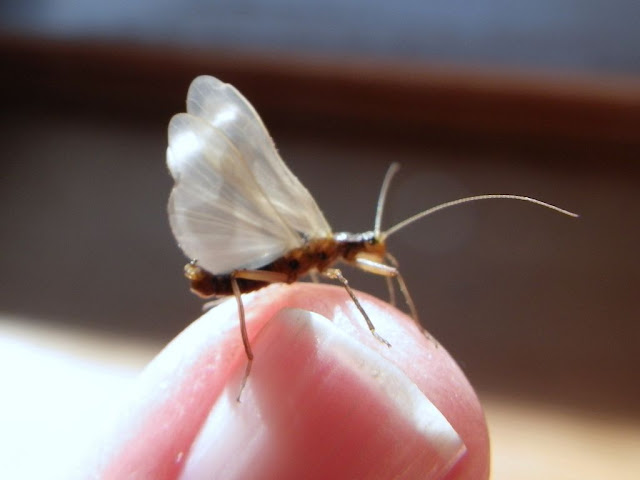 necessary to perform this unfurling of wings. 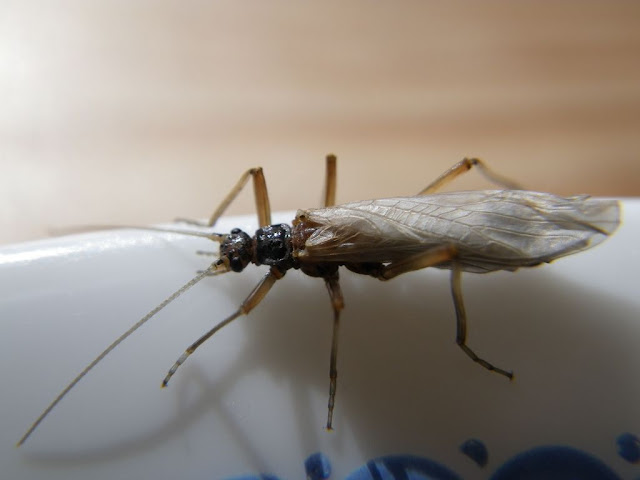 Well, there you have it.  A mature winter stonefly. 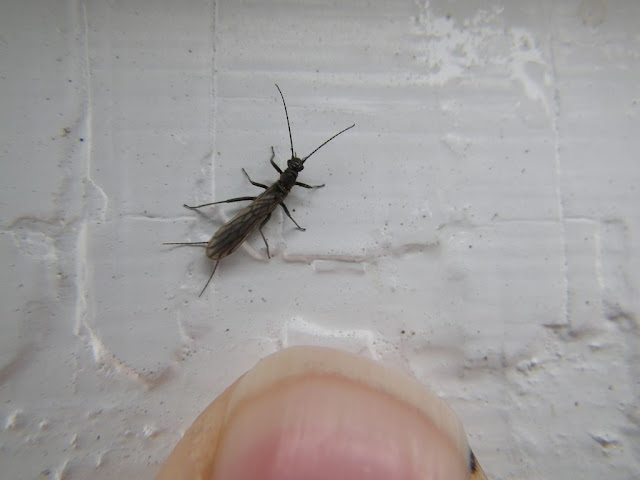