The birds are thinking spring.  I'm getting a little winter-weary myself.
Interesting things happen when winter's wearing off mixes with the arrival of spring. 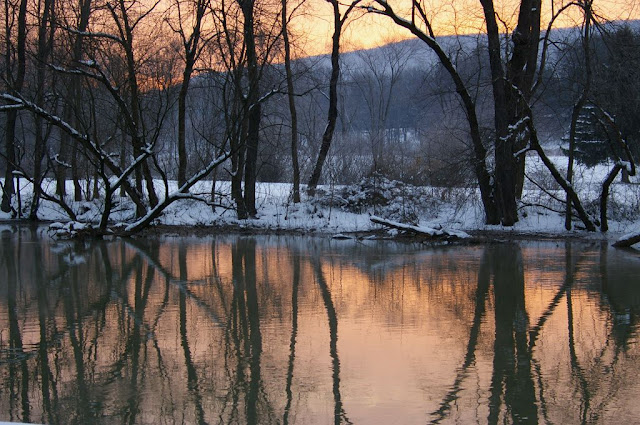 The other morning was beautiful with a sunrise similar to the one pictured above.
It was a frosty morning so the steaming river and the hoar frost added to the view. 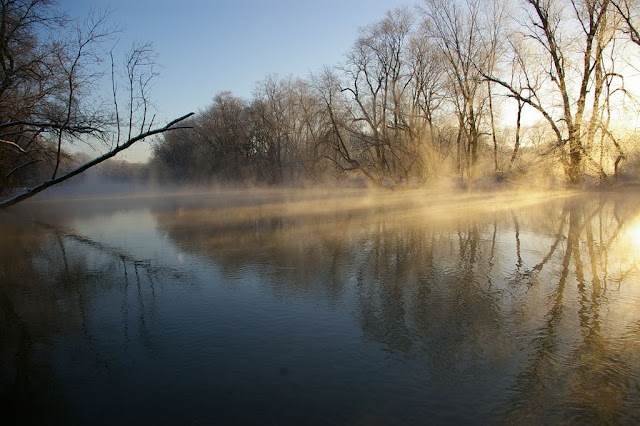 I hope you can put the golden sunrise, the hoar frost, and the fog together in your mind, because my camera's card wouldn't cooperate so I don't have pictures of these exact events. 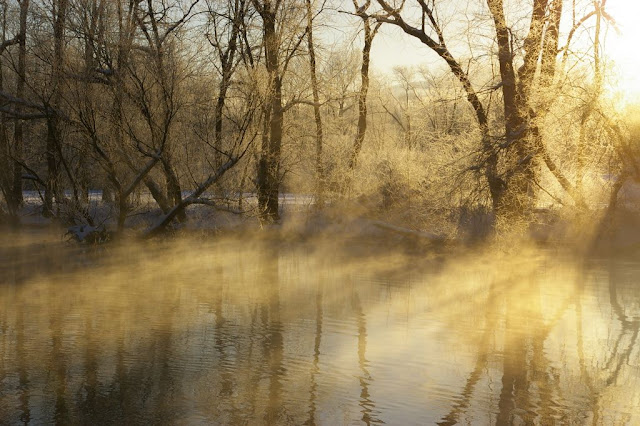 While I was enjoying the view similar to this one, a common merganser floated by through the fog.
Can you picture that?
Not only that, but soon a coot was entertaining the neighborhood ducks. Then I really wished my camera would work. Fortunately, I have some other photos to help convey what I saw. 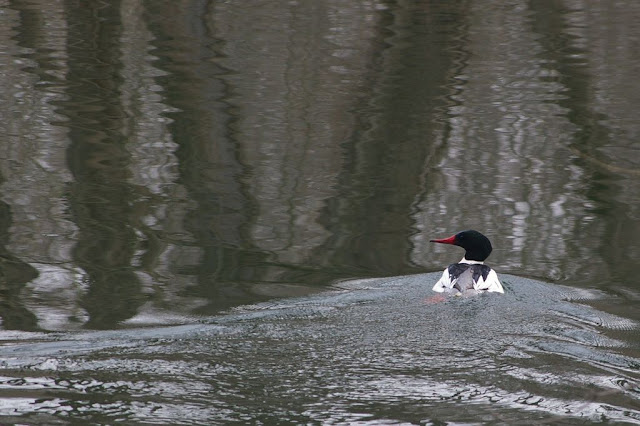 Incidentally,when the mergansers started hanging around here the other day, the neighbor's flock of domesticated ducks went over with a threatening cacophony.  The mergansers allowed the posse to almost overtake them and then simply dove and disappeared.  The domestic ducks were left bewildered.  If I could have taken some pictures, imagine my blog post title; "dumb domestic ducks duped by diving ducks".  They really took a ducking. 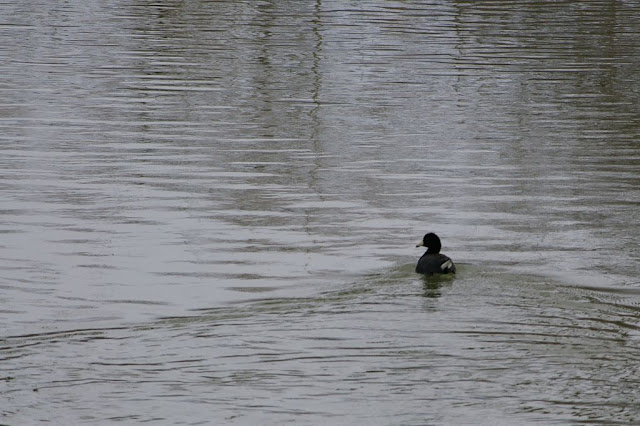 That beatiful foggy morning, a coot was enjoying the driftin' diner.
The crazy coot went over and joined the neighbor's flock of domesticated ducks that were dabbling by the far shore.  Can you imagine my photo caption, "crazy coot caught carousing with cacophanous covey of ducks"?  Anyway, my crazy camera card is working again, so I'll try to capture more of this spring's surprises. 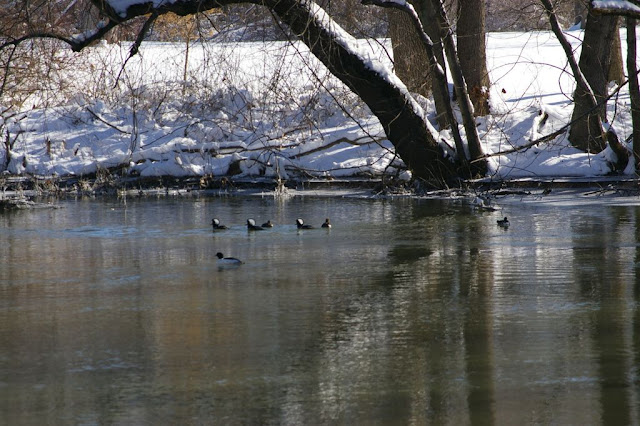 I did get some pictures of the hooded mergansers putting on quite a display.
They must be thinking spring.
Like this grackle that was recently eyeing up my bird feeder. 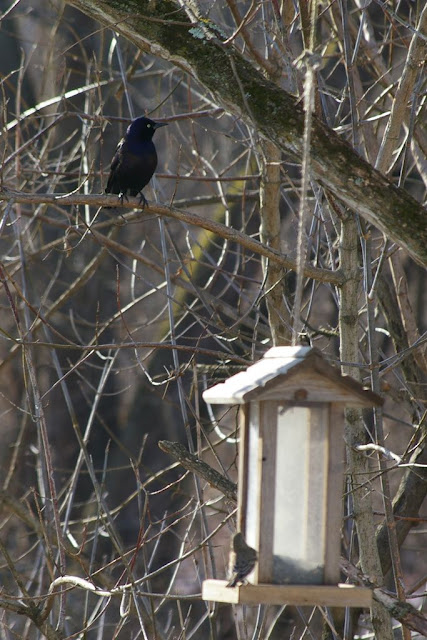 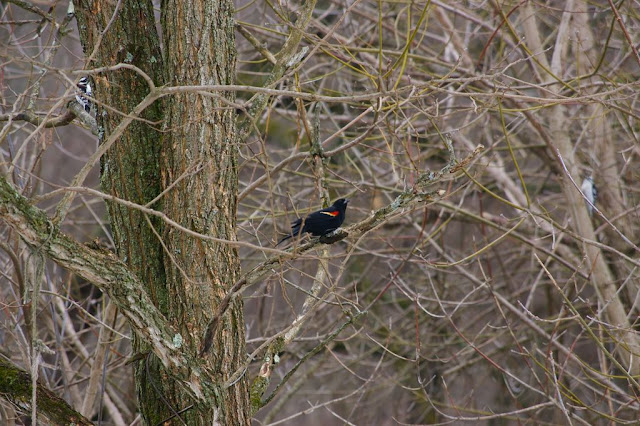 This red-winged black bird looks a little uncomfortable at being flanked by two woodpeckers.
An intruder in the snowbird's territory.
Here on the riverbend, the snow is leaving as fast as the migrating birds are arriving.
The birds have begun their singing as well.  Which is very pleasant to hear, especially combined with seeing the morning sun filtering through the trees and the fog rising off the river. Makes me realize I'm winter weary.
I'm starting to think about spring!
More to explore: