Today was such warm spring weather, we decided to go for another bog slog. 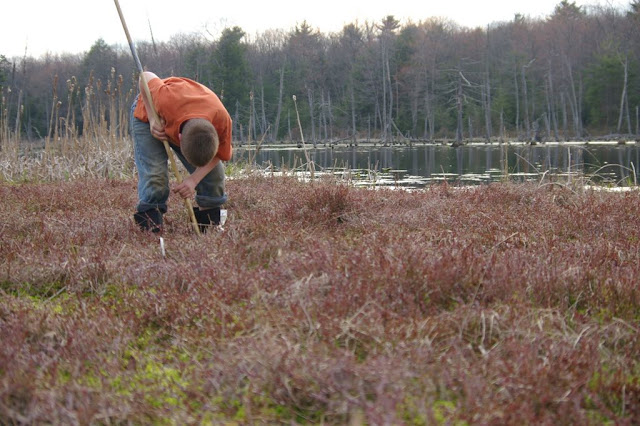 I introduced my boys to a floating mat of sphagnum moss and cranberry.  They thoroughly enjoyed making waves across the mat. I must say it is a rather strange experience to see the "ground" heaving like waves on a water bed.
Since the last time we were at the bog, a few more spring arrivals have shown up. 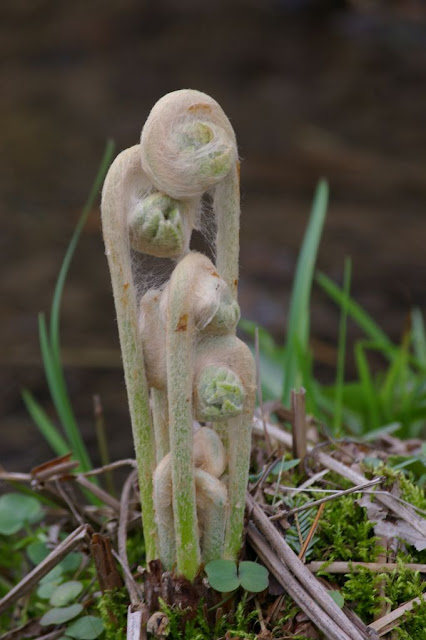 The fern's fiddleheads are making their appearance. 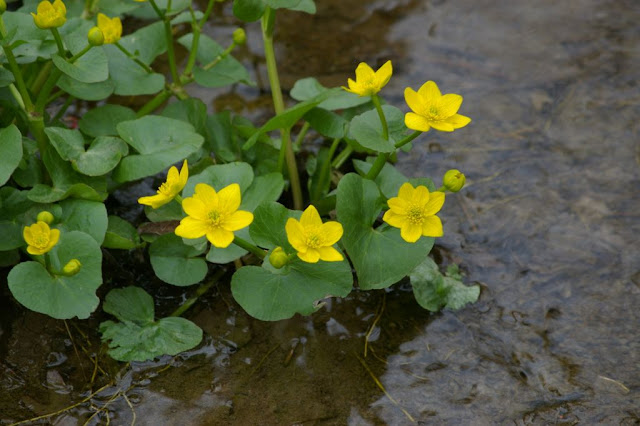 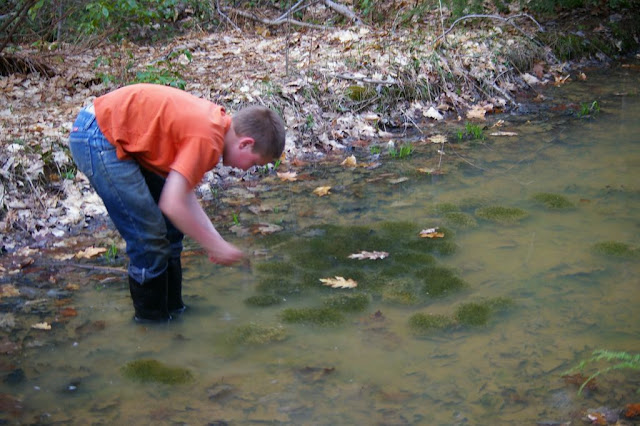 We checked on the status of the wood frog egg masses.  The tadpoles were hatching!
We noticed the red-spotted newts were congregating around those egg masses. 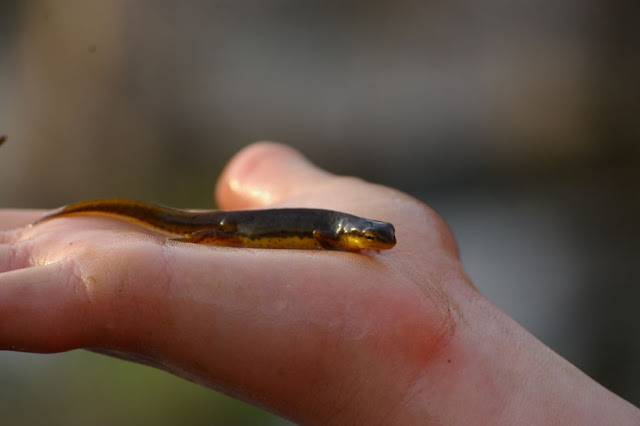 I'm sure the freshly hatched tadpoles were easy meals for the newts.

We also checked on the salamander egg masses. 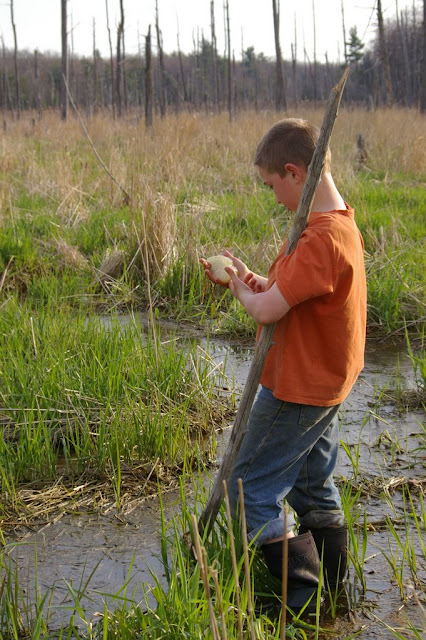 The salamander eggs were not as developed as the wood frog eggs.
They were, however, as abundant if not more so. 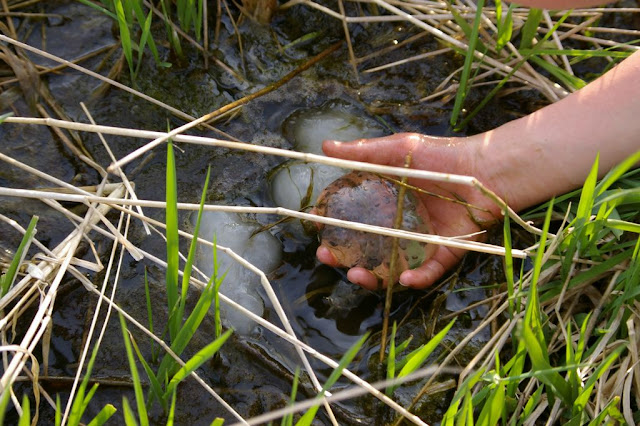 We saw single salamander egg masses, and clusters, scattered all around the bog.
The best part of today's bog slog was when the boys held an egg mass.  I had them cup one of those miraculous gelatinous masses in their hand. Now, that is an experience! 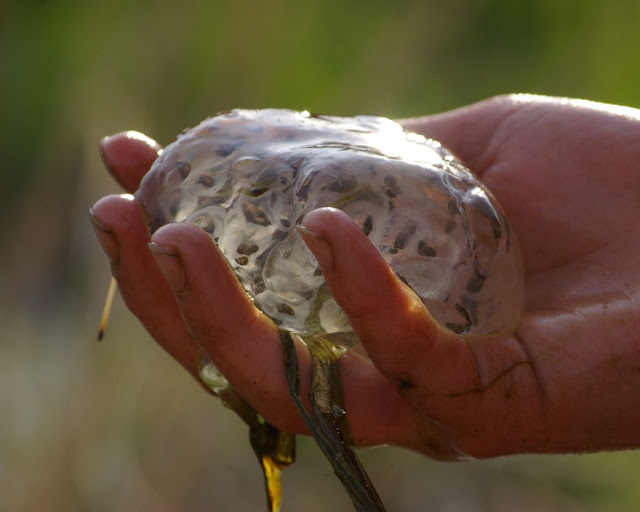 Oh but, "they ain't seen nothin' yet".
Just wait until I show them there is more going on in there than jiggles and wiggles!
Read about it in my next post...
a post about Yellow-spotted Salamander eggs.
Posted by Dana at 4/25/2011