Rainy spring nights bring out the spring peepers.  This kind of weather also brings out many other kinds of frogs as well as salamanders.  Too bad they have to cross the road. 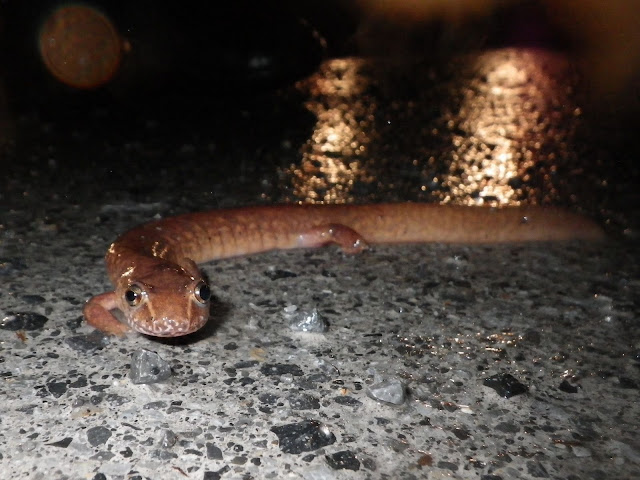 Monday night on the way to my vernal pool I saw the roads littered with many amphibians.  There were plenty of live ones crossing the roads. Unfortunately, there was also evidence that many amphibians ended up squashed between tires and the road.
The amphibians have several reasons for crossing the road. Some are heading for vernal pools. Some are looking for mates. Others are on the prowl for food.
Spring peepers look rather fascinating.  I wish they were easier to observe in their natural habitat. In this picture the peeper looks very out of place and also looks way too big.  Really, it is not much bigger than my thumbnail.

On our quiet country road, I saw this ﻿﻿pokey croaky. 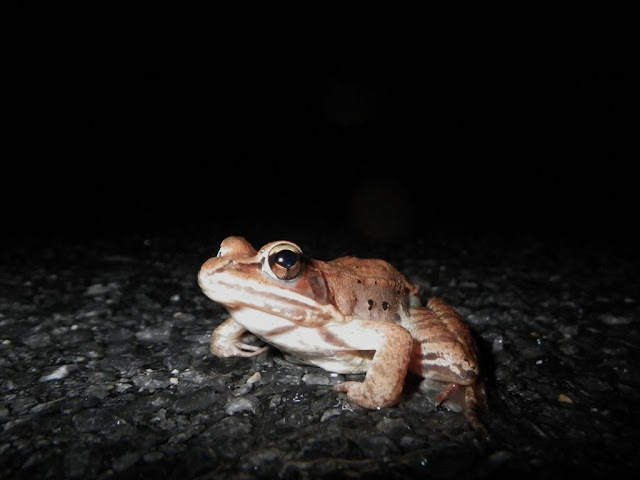 ﻿﻿﻿ "Bar keep, I wouldn't do that if I were you".
This wood frog's expression makes me think of that line from the story  "Frogs, Dodge City"  as told by Jay O'Callahan on the CD, Earth Stories 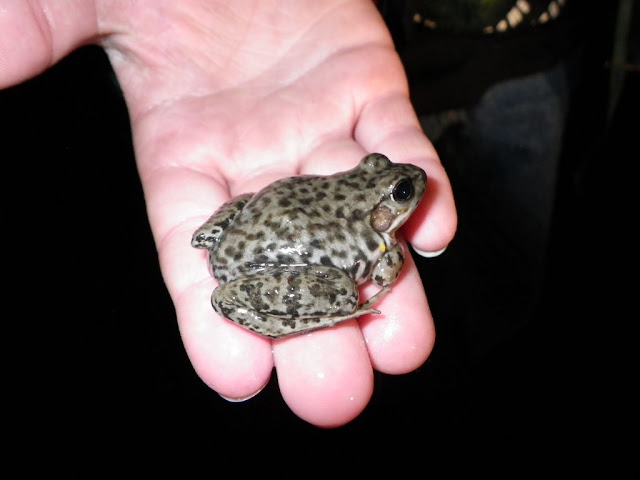 When we helped this frog across the road, I should have looked closer for some distinguishing features.  What kind of frog is it?  An unusual looking Green Frog?
Most of the amphibian/tire accidents aren't pretty. 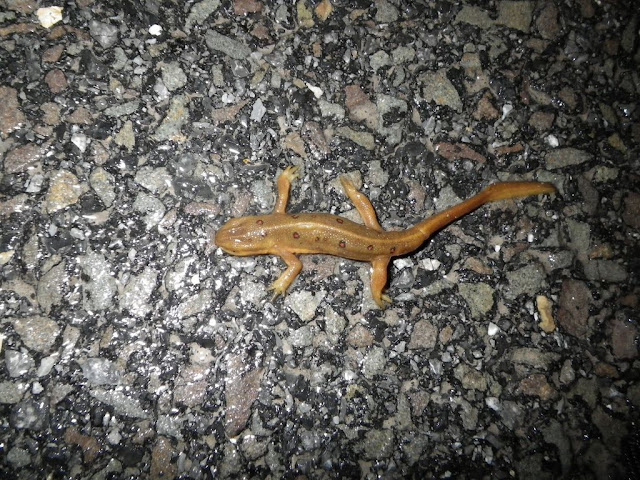 This red-spotted newt was one of the crossing casualties that was at least recognizable. 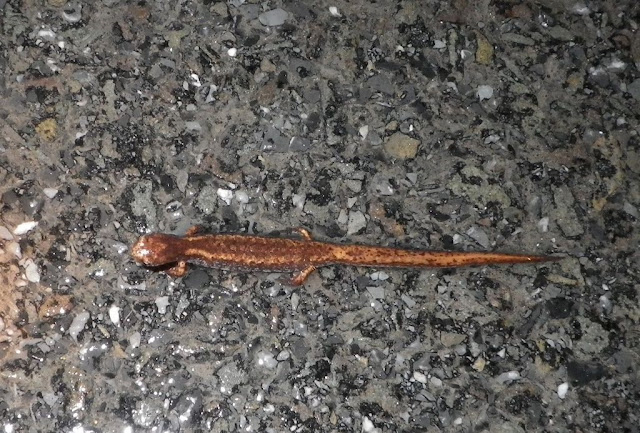 Here a four-toed salamander is preparing for the gauntlet.
﻿Out on the quiet mountain road, the northern spring salamanders were prowling the road in relative safety.
This next picture needs a funny caption.
The best I could come up with is,
"Sal just remembered that Sasquatch has been seen in these parts". 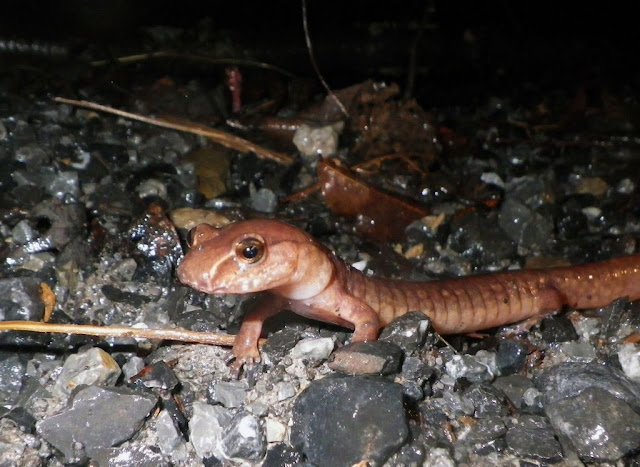 Anyway, tomorrow night it might rain again.
Who knows what will be crossing the road?
Posted by Dana at 4/07/2011