The lowbush blueberry bushes in the forest undergrowth, can be a real pain on a woods tramp. 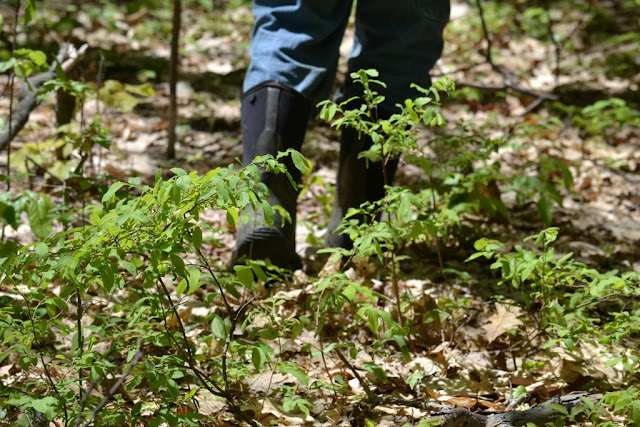 Douglas Malloch expresses my sentiments well in the poem,
"Undergrowth"
"It ain't the trees that block the trail,
It ain't the ash or pine;
For if you fall or if you fail,
It was some pesky vine..."
From the book Tote-Road and Trail: Ballads of the Lumberjack

pg 106
Despite my sentiments about pesky undergrowth, I find many wonders waiting there to be discovered.
One example is the blueberry stem galls commonly found on the blueberry bushes. 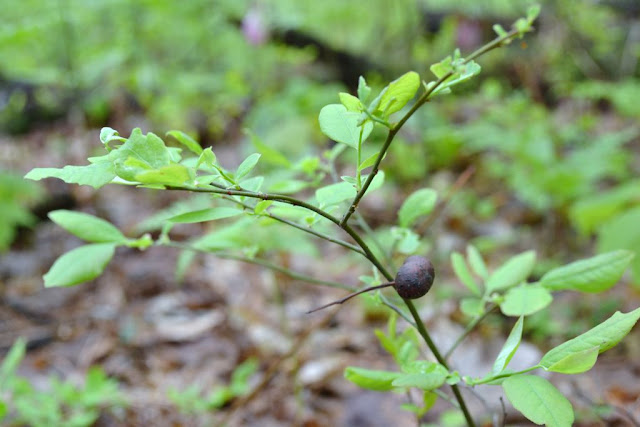 By the way, you can see two pink lady's slippers there in the background.
The blueberry stem galls often cause the stem to bend at a ninety-degree angle.
At other times the stem can end in a gall. 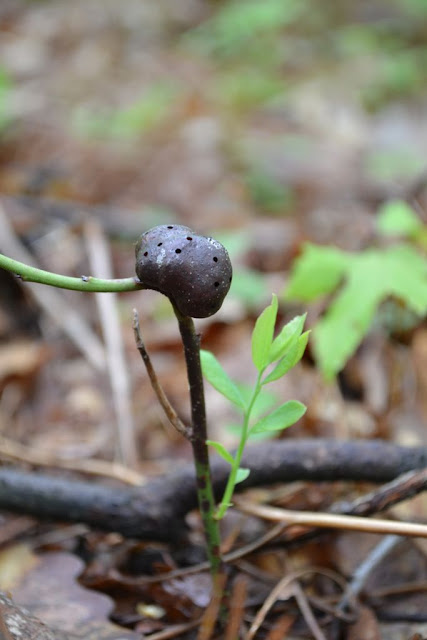 This gall has tiny exit holes indicating the multi-celled gall has served its purpose.
I hatched out three stem galls this spring. 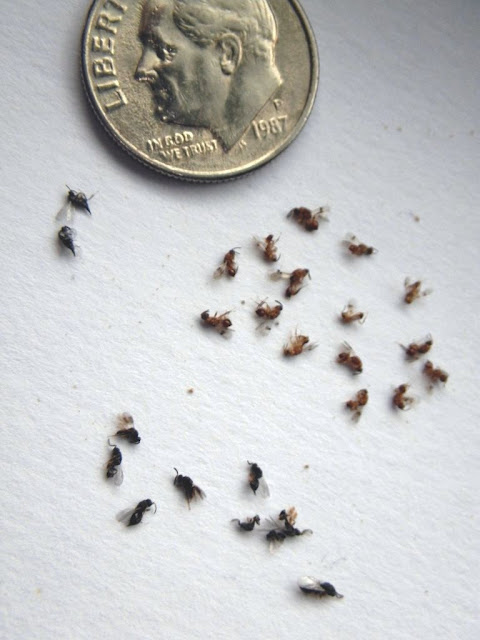 Here is what hatched.
There were at least three species of tiny gnat-sized wasps that hatched.  None of the gall's inhabitants were the gall-makers.  Instead, the galls were parasitized by several other members of the chalcidoid wasp family.


Pictured below are the three different species that came from my galls. 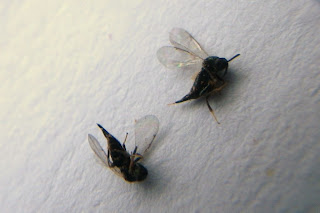 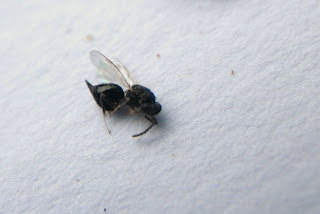 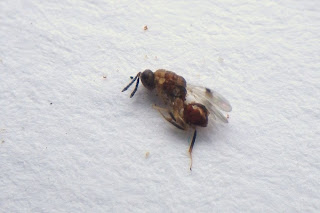 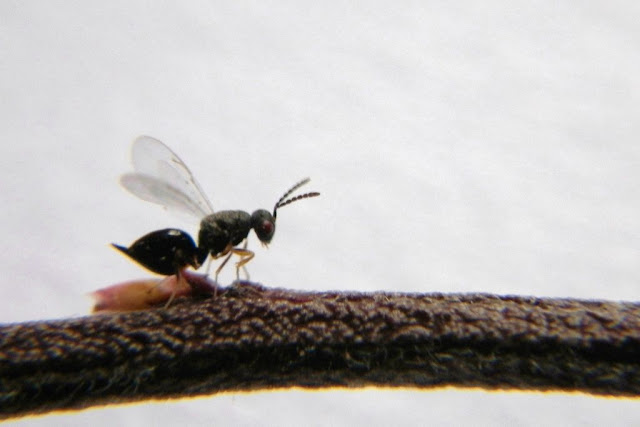 The blueberry stem gall wasp (Hemadas nubilipennis) looks similar to this wasp that just hatched from a gall. Obviously, the galls I chose to watch had been hijacked.
The little blueberry stem hotel was overtaken. 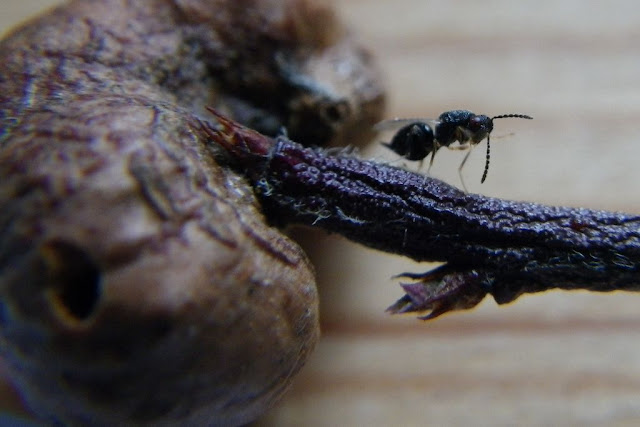 Think of all those little wasps that hatched in the blueberry patches and
are hunting for blueberry stems to make galls on, or for galls to invade.
Never underestimate the undergrowth.
Posted by Dana at 5/25/2011