Today I noticed the Mayflies fluttering through the air, so I went down to the river 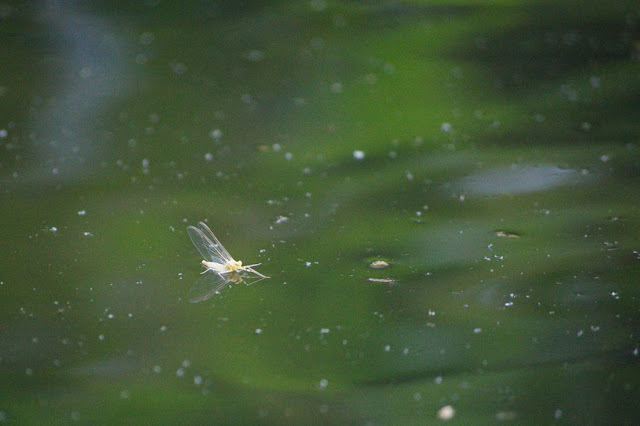 to check on the water's surface. 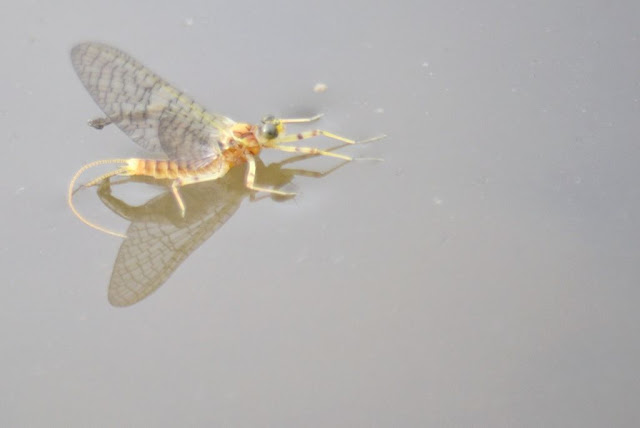 Sure enough, there was a hatch going on.
May's Mayflies provide plenty of fascinating flotsam when they hatch.
That's because the floating Mayflies struggling to free themselves from the water's surface 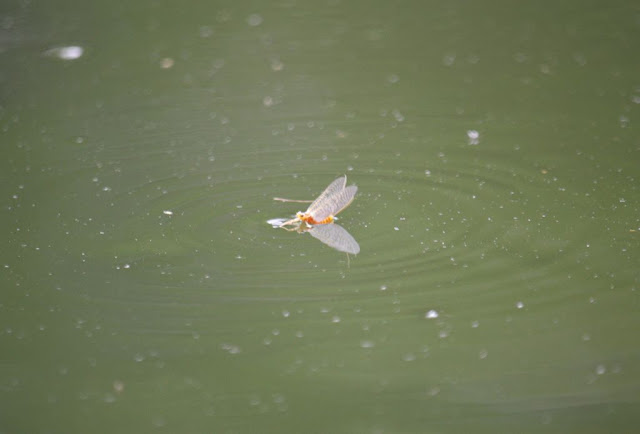 were aquatic nymphs only moments ago. 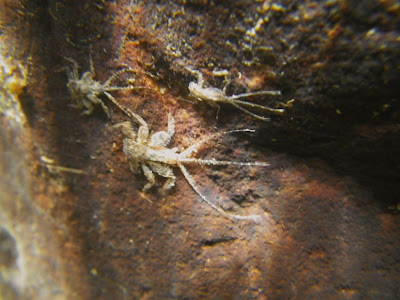 These streamlined nymphs live in the stream's substrate until a miracle happens.
Those rock clinging, aquatic creatures rise to the surface, shed their larval exuviae, break free from the water, 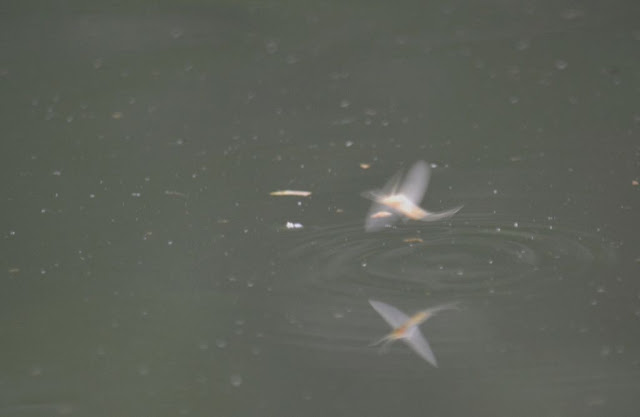 and fly!
They often rise from the water and fly steeply for the sky before heading off toward the trees. 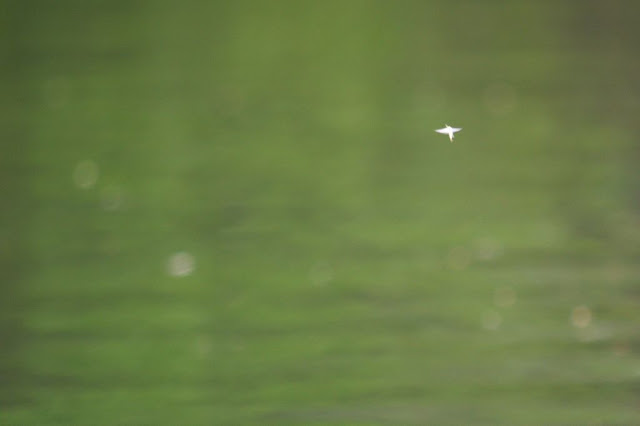 A marvel of May.
Benjamin Franklin was also fascinated by Mayflies. He wrote a brilliant piece called,  Soliloquy of an Ephemera.  He wrote,  "...We had been shewn numberless skeletons of a kind of little fly called an ephemera, whose successive generations we were told were bred and expired within the day. I happened to see a living company of them on a leaf; who appeared to be engaged in conversation.
You know I understand the language of inferior animals.... I listened through curiosity to the discourse of these little creatures.... 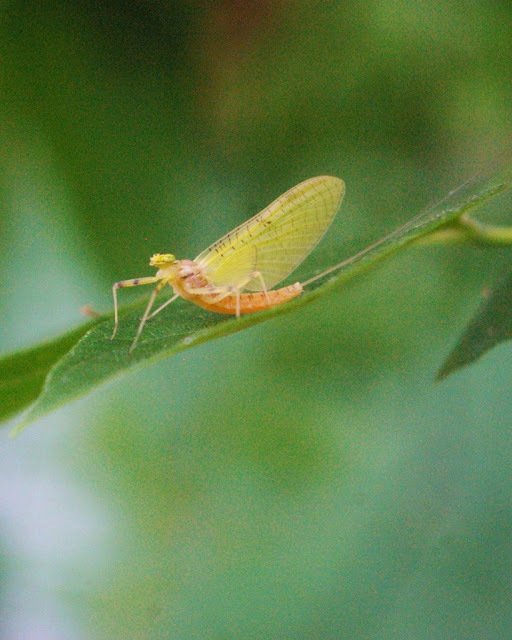 ... I turned my head from them to an old grey headed one, who was single on another leaf, and talking to himself. Being amused with his soliloquy, I put it down in writing...."
Posted by Dana at 5/17/2011

Email ThisBlogThis!Share to TwitterShare to FacebookShare to Pinterest
Labels: Mayfly