What is Jack up to?

Since the Jack-in-the-pulpit is such an interesting looking flower, I would like to take a closer look at what Jack is up to in the pulpit. 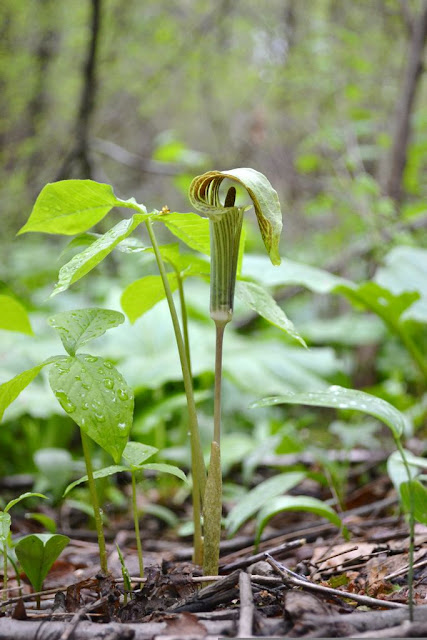 The jack-in-the-pulpit has a rather unusual pollination strategy.  Basically, the jack-in-the-pulpit attracts gnats and flies with a fungus like odour that is emitted from the upper part of the spadix (Jack).  The incoming insects often crash land and end up in the bottom of the spathe (the pulpit) where, in a male flower, they encounter the pollen and an exit hole. In a female flower the process is similar but there is no exit hole and the insects are detained to ensure as much pollen is collected from them as possible during their struggles to remove themselves. The "flower" pictured above is a male "flower". The actual flowers are hidden behind the striped spathe.

Here is a picture of Jack, the spadix, with the spathe rolled back. 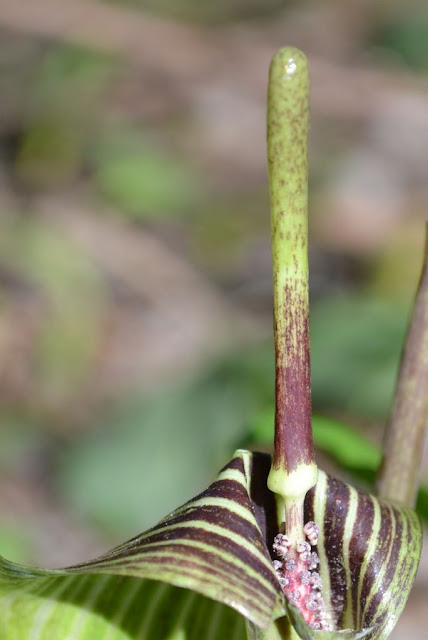 The part (the osmophore) that emits the insect attracting odor is the longer top part. The staminate (pollen bearing or male) flowers are at the bottom. 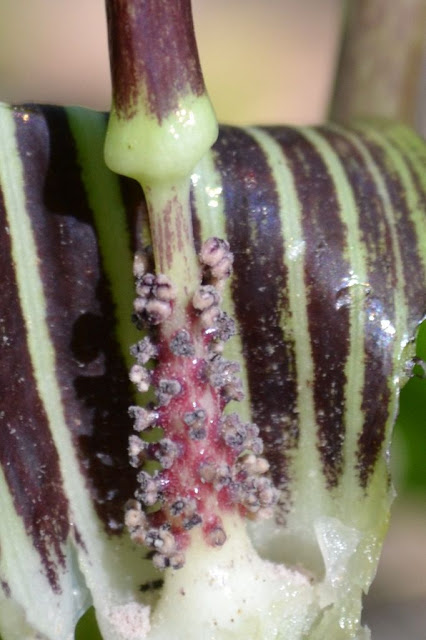 Note the pollen that has collected at the base a little below the flowers.
You can see the exit hole near the base of the spathe, just above the stem, through which the pollen coated insects can escape.

Now compare that male "flower" with the female one below. What you can't compare in these pictures, is the size of the jack-in-the-pulpits. Often the female phase is much larger than the males.
This female "flower" obviously lacks the exit hole at its base.  This proves lethal to those insects that are incapable of climbing or flying out once they "crash land" into the bottom of the spathe. Pictured below are a female Jack-in-the-pulpit's victims on and around the pistillate flowers. 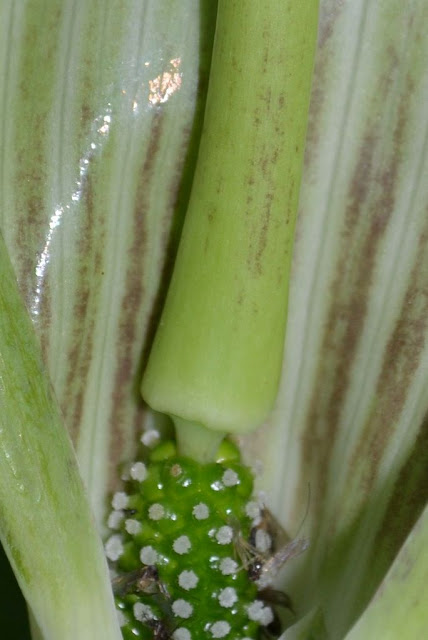 I'm sure that some insects are capable of escaping.  Regardless if the insects escaped or not, if they previously visited a male jack-in-the-pulpit, they have a good chance of pollinating the flowers because of the confined space and difficulties they face trying to extricate themselves. 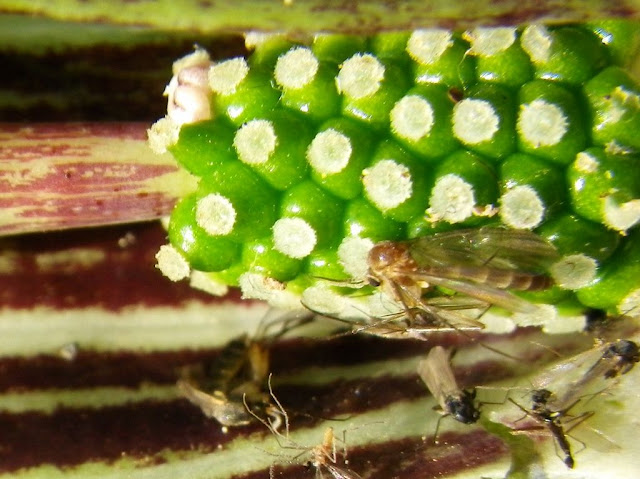 Here is another female jack-in-the-pulpit with the insects that were deceived into coming to the flowers for a meal only to be rewarded by being retained and sacrificed for the sake of pollination. 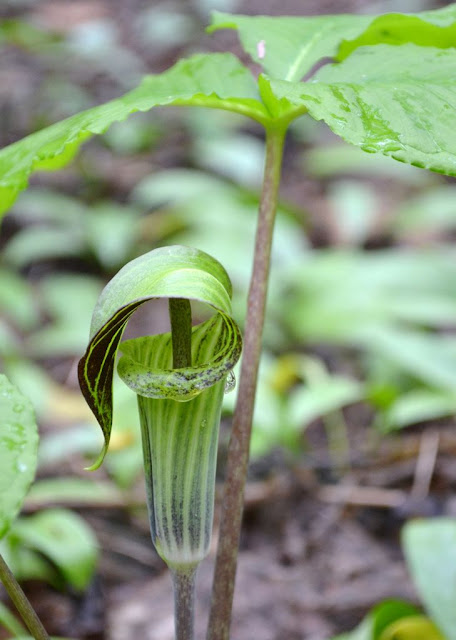 Yes, Jack is busy doing what flowers do (with a different "twist") there behind his/her canopied pulpit.
I also like to think that he/she is preaching about the Mind that created such an ingenious pollination system.