Today we saw a white-tailed deer fawn along the road. This white-tailed fawn was trying hide in plain sight among the rocks.  The fawn obviously felt it was camouflaged and hidden because it was still there when we went back about an hour later (with the camera). 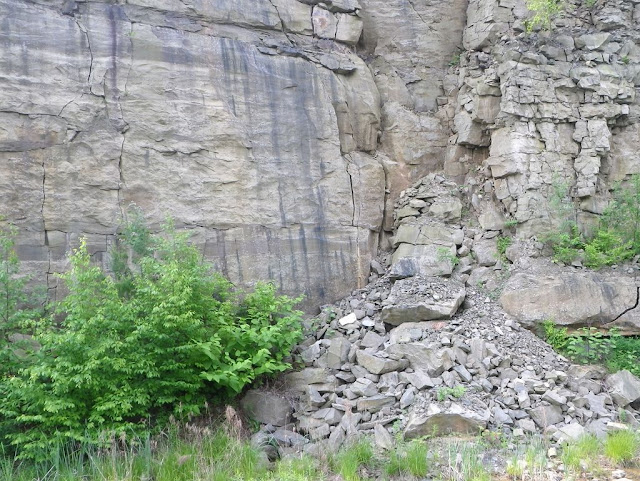 The fawn's colors didn't blend well with the rocks. 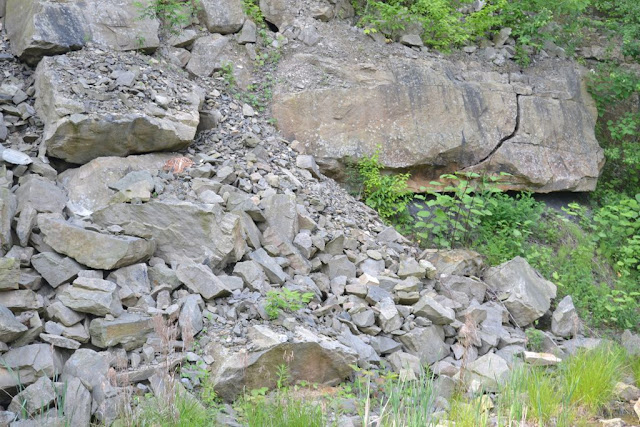 I have a theory as to why the fawn is up on the talus slope in broad daylight. 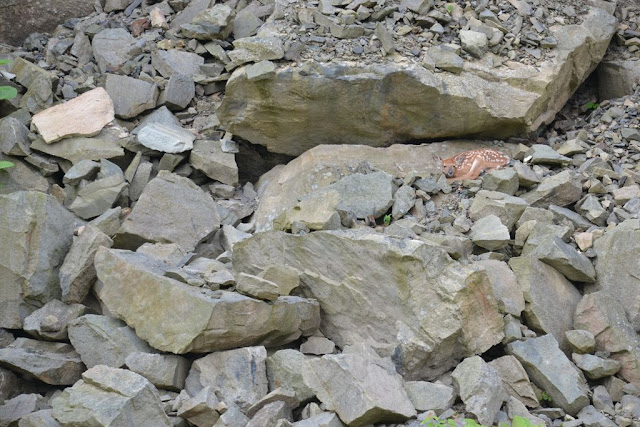 Today was a very hot day and I think the fawn was keeping cool.  You see, the fawn was hanging out at Ice Mine Cut, which in historic times had an ice cave during the summer. This location and others are described in the book, Glacières or Freezing Caverns

.  Basically, cold winter air seeps into the crevices of the mountain and cools the rock. Then during the summer those cold rocks cool the air.
The ice cave is gone now, but extremely cool breezes still flow out of the crevices. 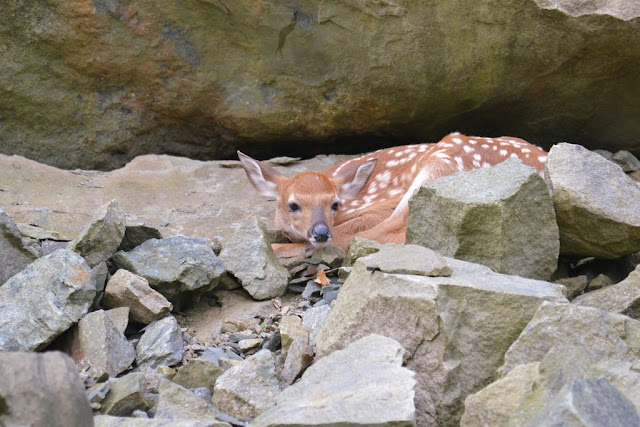