Common Bladderworts (Utricularia macrorhiza) are floating carnivorous plants that lurk among the lilies in the lakes and ponds around here. For some reason, my old Peterson guide calls this plant the Greater Bladderwort, or Utricularia vulgaris,   I've also heard of bladderwort being called "popweed" for the popping sounds that the bladders makes when the plant is lifted out of the water.
Much of year the bladderworts are inconspicuous, but they are more noticeable this time of year because their small yellow flowers are held up out of the water for all to see. 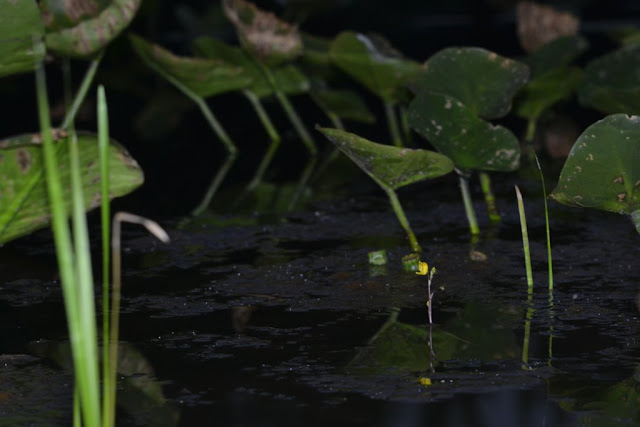 Even so, the flowers are easy to miss.  I have canoed among the pond weed and lilies and suddenly noticed the bladderwort's flowers surrounding me.  Their abundance can be surprising.
﻿ Even more surprising then those flowers are the bladderwort's tiny but sophisticated traps.  In the photo below a bladderwort is floating among the lilypads. Those numerous pouches are its high-speed suction traps.
﻿The carnivorous bladderworts prey on zooplankton.  When an aquatic insect or some other small creature touches the trigger hairs, the trap's mechanism operates with incredible speed and sucks in the victim in less than a millisecond.
﻿ 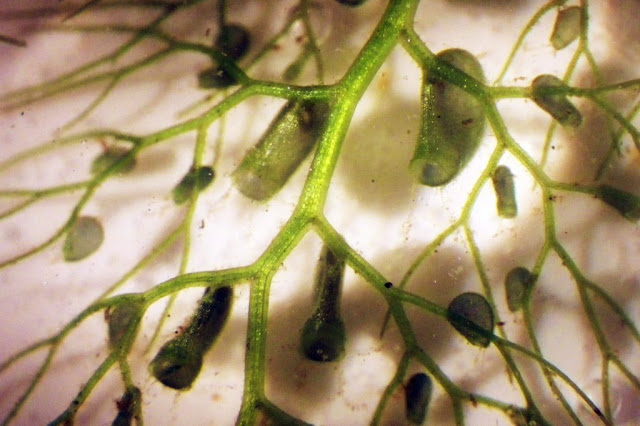 Watch this amazing high-speed video of bladderwort's trap in action.

With that impressive carnivorous action in mind, I can imagine what is happening in this photo. 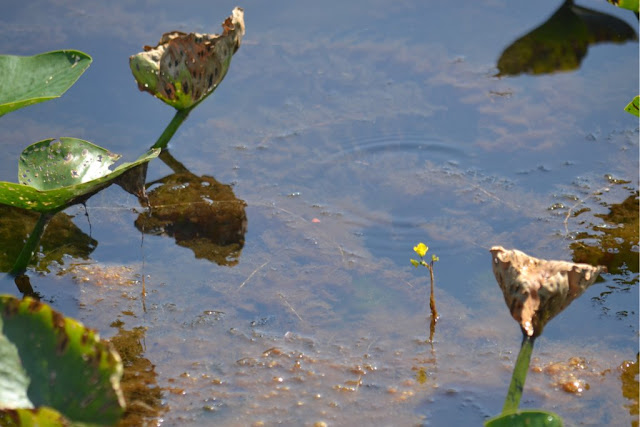 Just under the water's surface there is an extraordinary and secret world that has been made less obscure by high speed cameras and microscopes.
To me, the bladderwort's flower is an emblem of that hidden world. 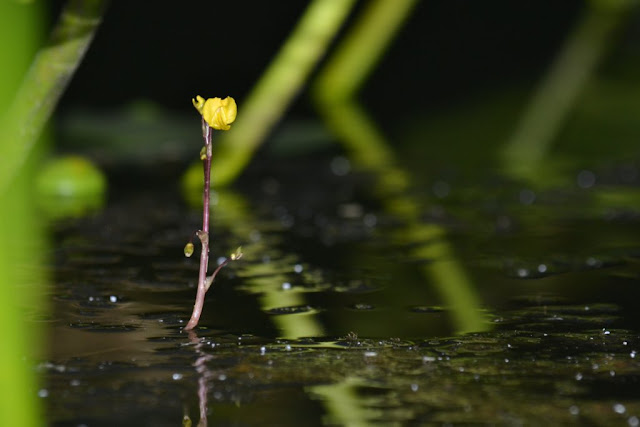 Doesn't the Common Bladderwort deserve a more spectacular name?  Even the names, Greater Bladderwort, or Popweed, are hardly descriptive enough.  Oh well, the name, like the bladderwort's inconspicuous flowers, can serve as a reminder of the carnivorous plant's incredible traps firing away just below the water's surface.
Posted by Dana at 8/26/2011