The milkweed pollination process is fascinating. In the photo below, the bee that is coming in for a landing on the milkweed flowers appears to be carrying some purses or luggage.
Those little yellow bags are milkweed pollinia (sacs of pollen grains). Actually, two pollinia are fastened together by filaments, making a package called a pollinarium.  The bees and other pollinators inadvertently carry around these packages of pollen.  This is because the sticky pollinarium is designed to snag the pollinator's leg when it slips into one of the five grooves strategically placed between the hoods.  The pollinator's leg snags the filament in the groove and as the insect removes its leg the pollinia are pulled from the pouches they where they were hidden.
Notice the pollinarium that is attached to the middle leg of this bee.  You can see the two packets of pollinia and the filament snagged on the bee's leg. 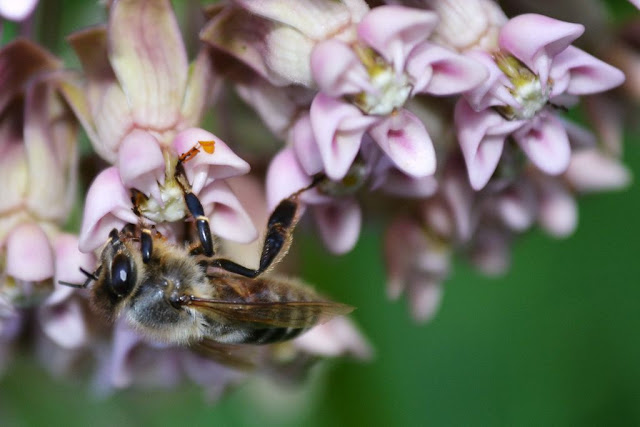 I believe this bee's back leg was stuck on a pollinarium that it hasn't been able to pull loose from the flower.  This next bee was also resting from its struggles of trying to pull itself from the sticky grasp of the pollinia. 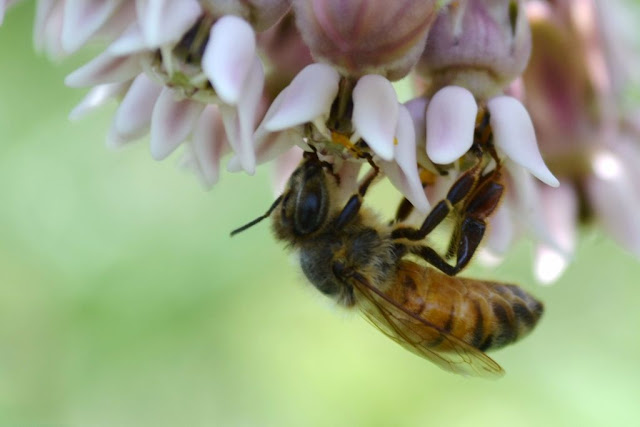 Bees are strong fliers so they mostly can free themselves, but some insects aren't so fortunate like the one pictured below. 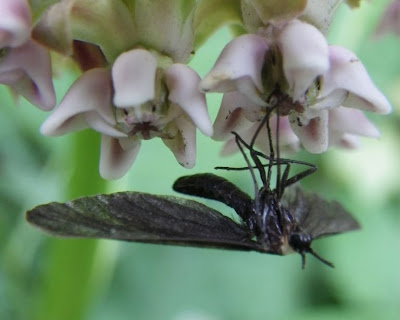 Many insects love milkweed nectar.  Despite a few insects becoming ensnared by the pollinarium, many visiting insects end up with extra baggage and plenty of the pollinia reach the milkweed's stigmas and the pollen accomplishes its purpose of fertilization. 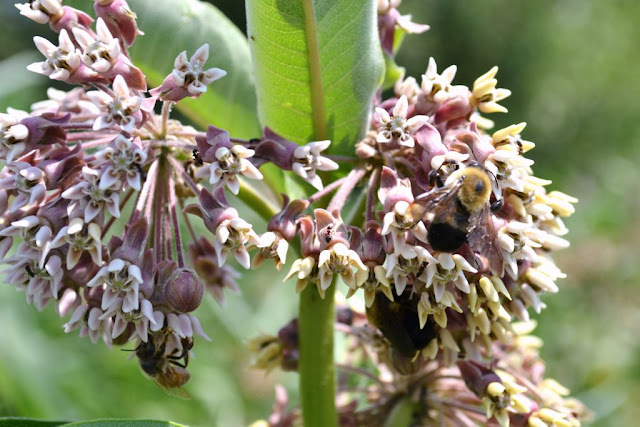 Milkweed's pollination mechanism is just as fascinating to observe as a milkweed insect like the Monarch Butterfly caterpillar or the Red Milkweed Beetle.
Posted by Dana at 8/09/2011