My daughter said "that is a cool-looking bug!" when she glanced at the photo below.  This odd-looking beetle with its fan-shaped antennae is called a Cicada Parasite Beetle - Sandalus niger.  Another name for the beetle is the Cedar Beetle.
When I posted the "mystery photo" of this Cicada Parasite Beetle in my last post, I called it a "Moose Beetle" because it I thought resembles a moose.  For comparison, here is a photo of a moose I snapped in  Algonquin Provincial Park. 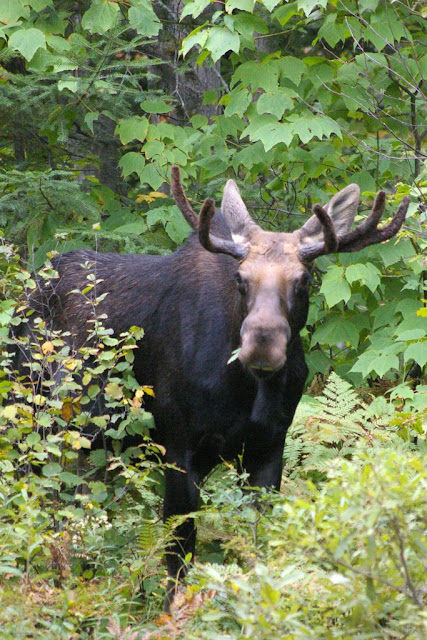 A reader commented on my last post that the beetle looks like something "alien".    Here is a shot of a very angry looking "alien". 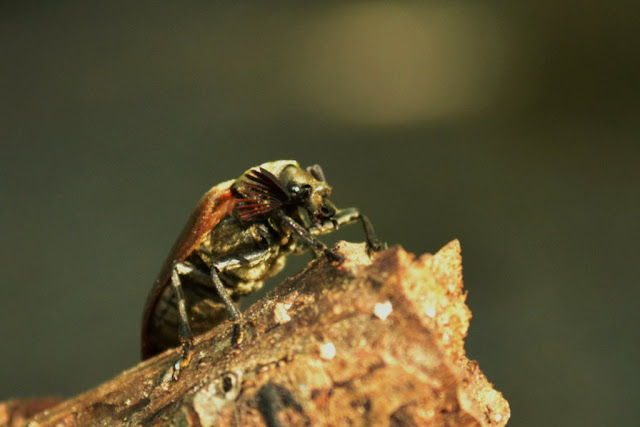 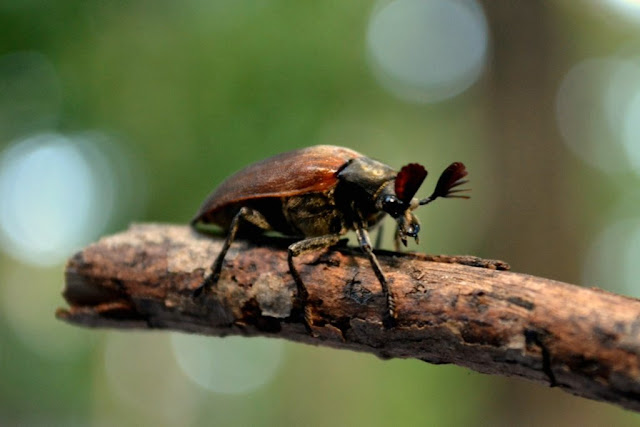 Just think how amazing it is that the males can fan out their majestic antennae array and follow chemical signals to the waiting females. 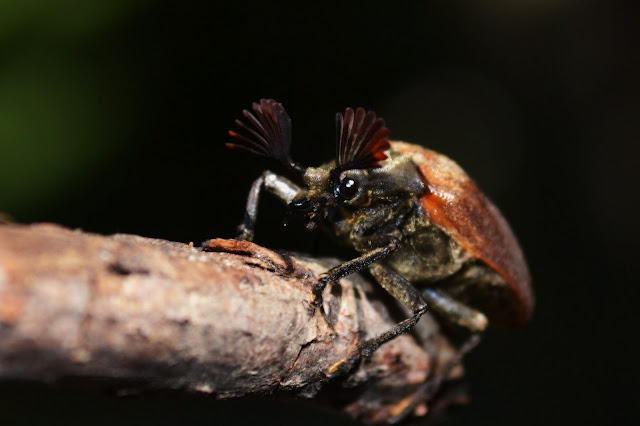 The females wait on tree trunks for the males to find them. The adult beetles are out and about in September and October.  A female will lay thousands of eggs in crevices of tree bark.  When the eggs hatch in the spring, some of the larvae manage to parasitize cicada nymphs. 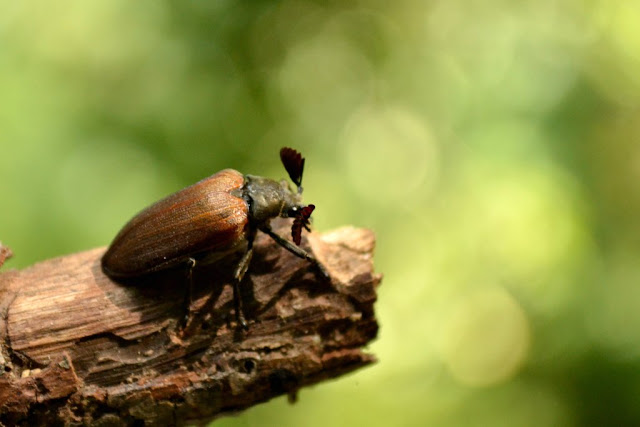 Its a rather pretty beetle ... if you don't think about where it came from.
Here is a link to a line drawing of a larva which is part of a paper on the Sandalus niger.
Posted by Dana at 9/26/2011