Elk In The Pennsylvania Wilds 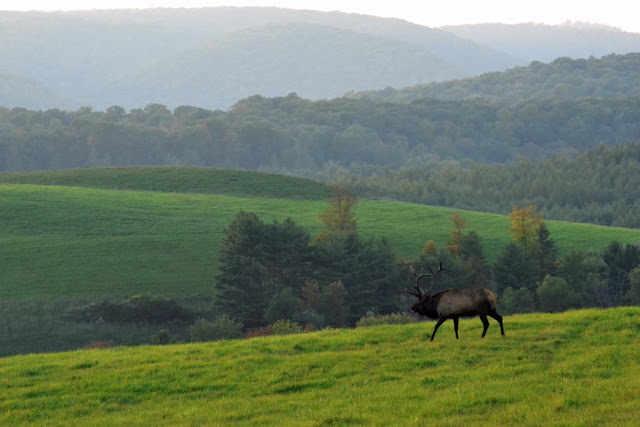 the elk are bugling!
﻿   About twenty years ago I remember Paul Harvey saying, "There's music in them thar hills...the elk are bugling." So I decided to head over to to Elk County, Pa to see and hear Pennsylvania's wild elk.

Paul Harvey was right, the elk's bugling is "music" rolling off the hills.
Ever since then, our family has been going back every year and taking along friends that haven't experienced 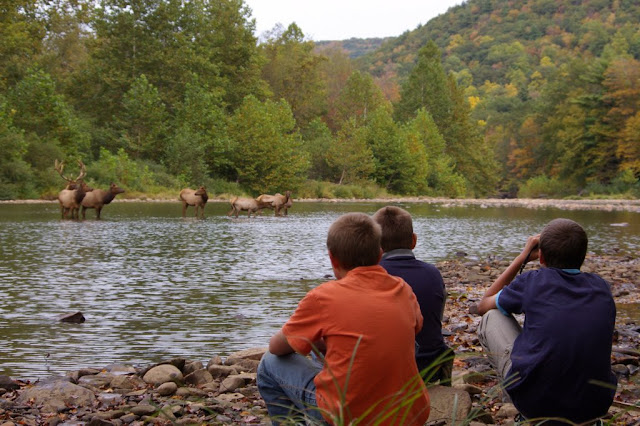 the thrill of seeing the elk roaming the Pa Wilds.
Some folks call it "elk viewing". 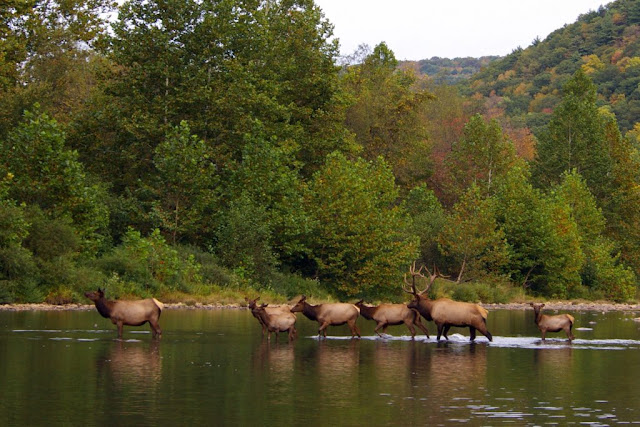 Well, there is a lot of drama to see while "viewing" the elk herds.
Those of you familiar with elk know what's happening in the photo below... paralleling.
These bull elk aren't buddies. They are mortal enemies challenging each other to fight for dominence and for the harem of cows (25 or so of them off to the right of the picture). 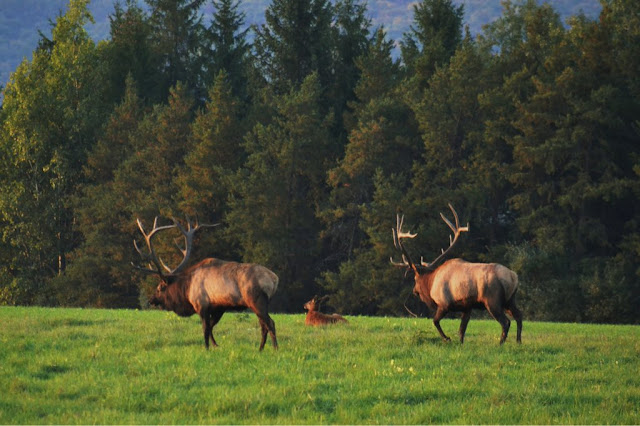 The bull on the right is protecting his herd.  The bull on the left came from a distant hill to challenge the other one, but soon "backed down" and turned to leave.  In the photo below you can see that the dominant bull gave him a surprise charge. 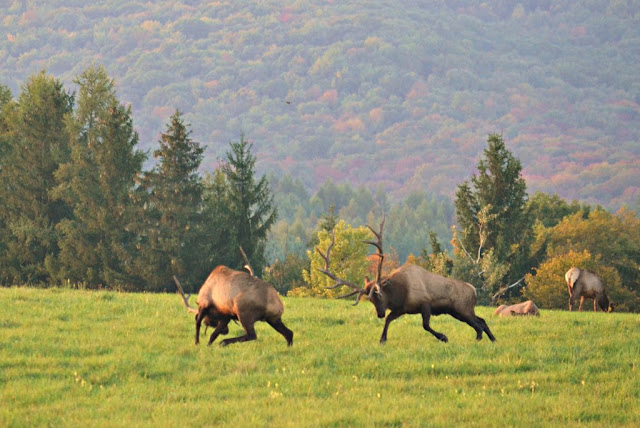 If he doesn't meet the charge head-on he'll be wounded or killed.

The elk on the left met the charge with a resounding clash of antlers, but was soundly defeated.
﻿The defeated elk went off alone 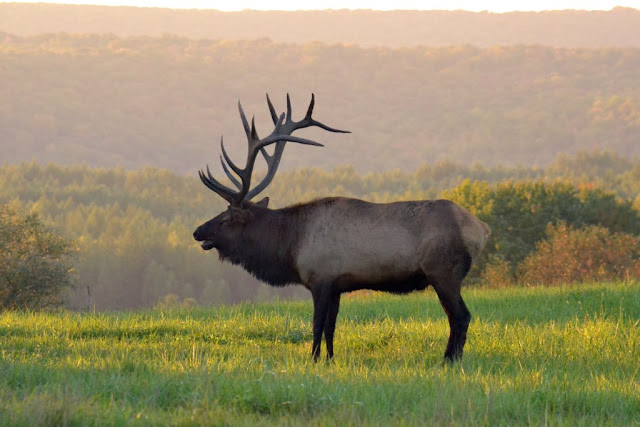 to mope in the grass and rest up.  Maybe he'll try again later. 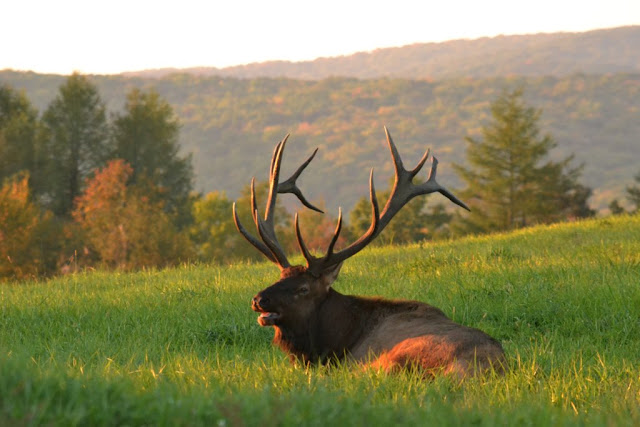 Must be tough knowing the other bull is king of the mountain.
Not all of the activity is dramatic clashes or echoing bugles.
Some of it is more serene, like this bull elk walking among the goldenrod... 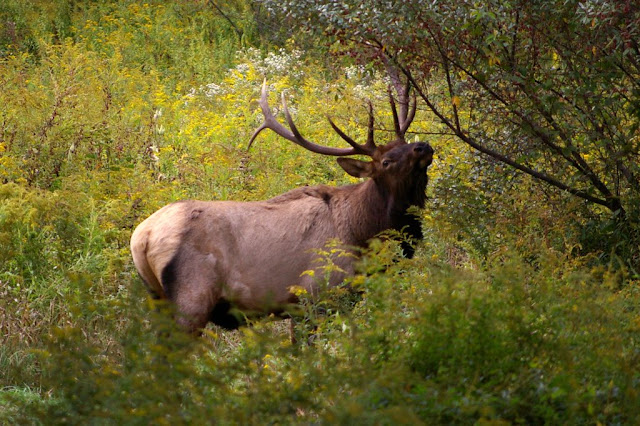 or this cow and calf on a gravel bar along the Sinnemahoning. 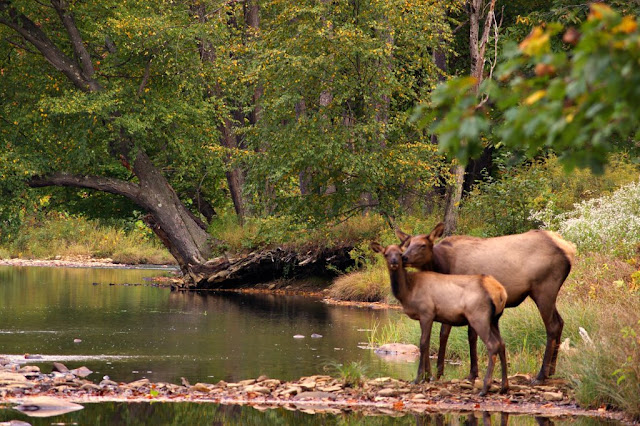 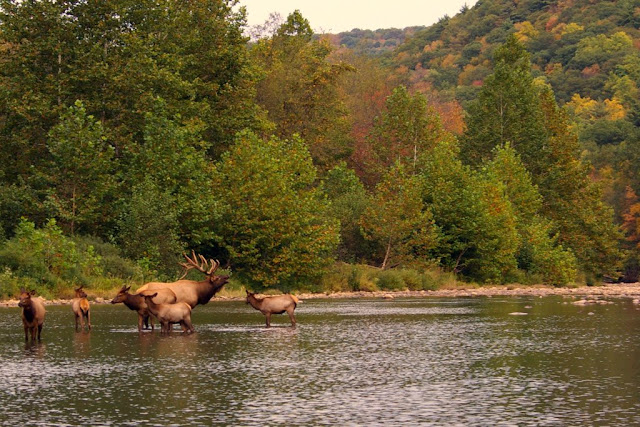 Ah yes, and there's music in them thar hills! 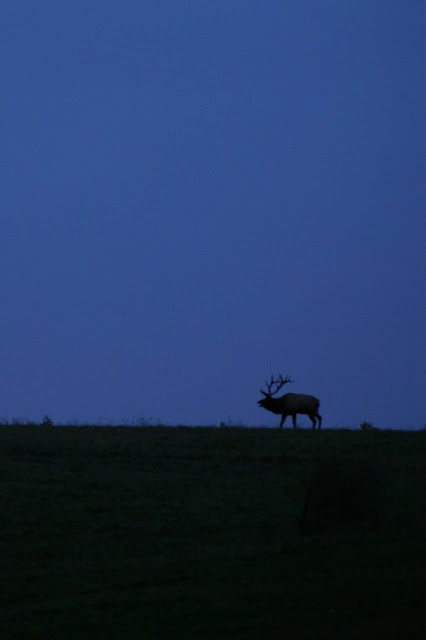