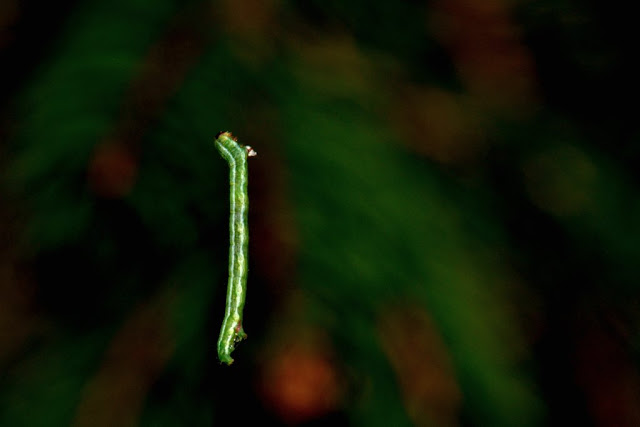 I'm sure you've seen a caterpillar that looks as if it is floating in mid-air, but on closer inspection you could see it was actually hanging by a thread. 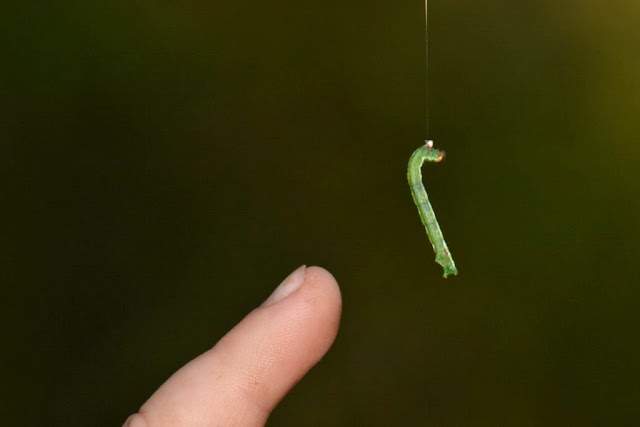 We recently observed an inchworm hanging on its silk safety line.  Apparently it had dropped from the spruce tree to rappel away from danger.  Some caterpillars use this evasive maneuver to avoid predators.
When we noticed the caterpillar hanging by its silk thread, it was already reeling itself back up to the branches.  The process of climbing back up the silk line is a most intriguing thing to watch.  The inchworm somehow rolled up the silk into a ball using its legs and jaws.  It manages to hang onto the silk ball with its third pair of legs, roll up the silk, and all the while support its weight on the line.
Here are some side-by-side shots to compare. Notice where the caterpillar is attached to the silk line. 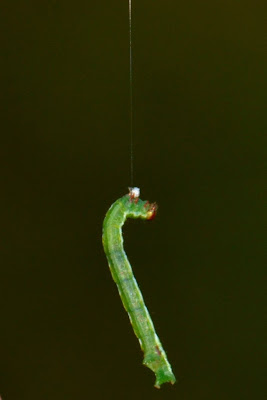 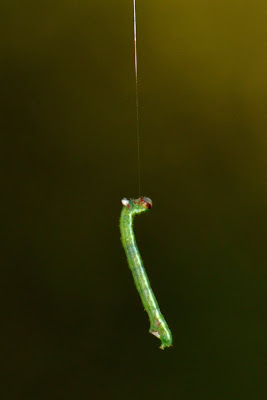 An instant safety line is a nifty defense mechanism... returning up that line "hand-to-hand" is an amazing feat.

Since the inchworm was hanging on about four or five feet of line, I had time to fetch the camera and take these photos as we watched it crawl back up to the branches. 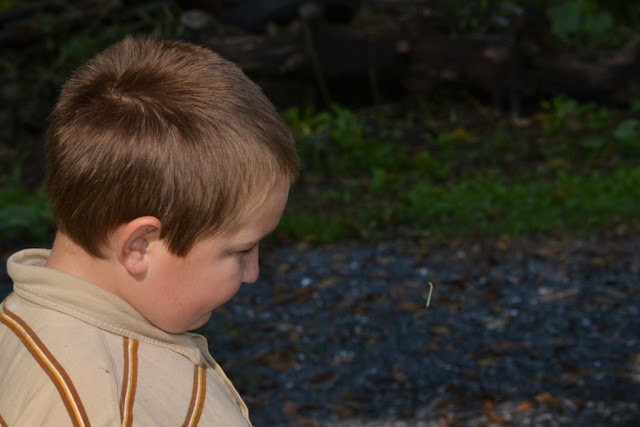 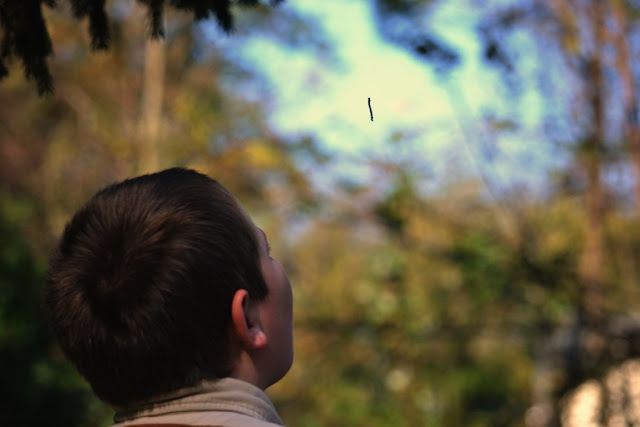 It sure didn't take long, at least not long enough for me to take all the photos I wanted.
Seeing that caterpillar dangling from its line reminded me of a rope swing ride.
The thrill of the launch...the stretch of the rope...the rush of the wind! 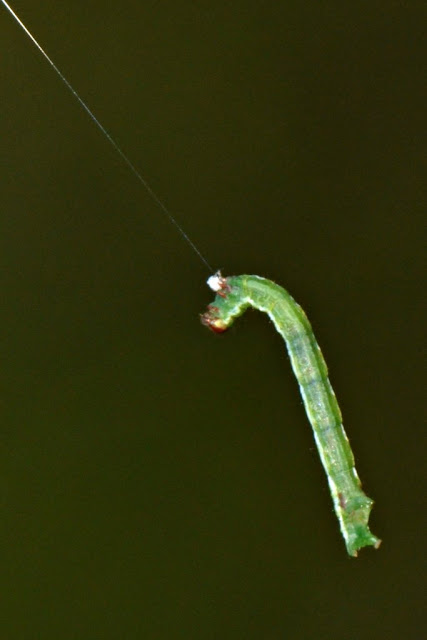 I never tried bungee-jumping.  I'll leave that for caterpillars.
Wouldn't it be great though, to have an instant safety line wherever you go?  You could launch yourself out into mid-air until danger passes, and then reel yourself back in.
Posted by Dana at 10/14/2011