﻿﻿   A colony of ground-nesting solitary wasps (Cerceris fumipennis) is using the volleyball court at the place we call, "The Landing".  These digger wasps provision their underground nests with metallic wood borers (buprestid beetles) as food for their larvae. 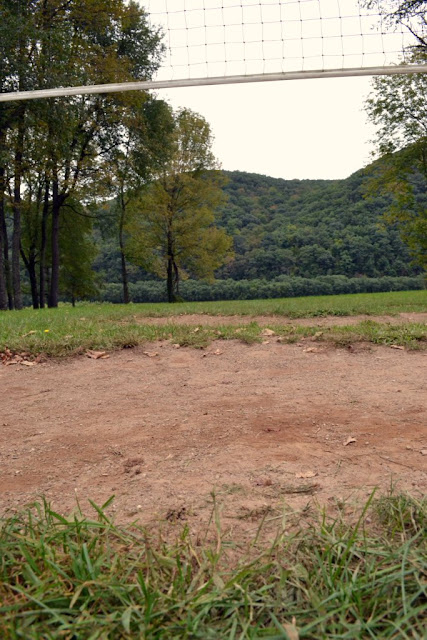 On the court it's not very apparent what is underfoot, unless you are a fan of solitary wasps, or unless you are there at the right time of day and notice all the wasps flying around the many holes in the ground.  These buprestid hunters made pencil-sized nest entrance holes in the hard packed sandy soil of the volleyball court.
In the photo below, a female wasp is about to enter her nest. 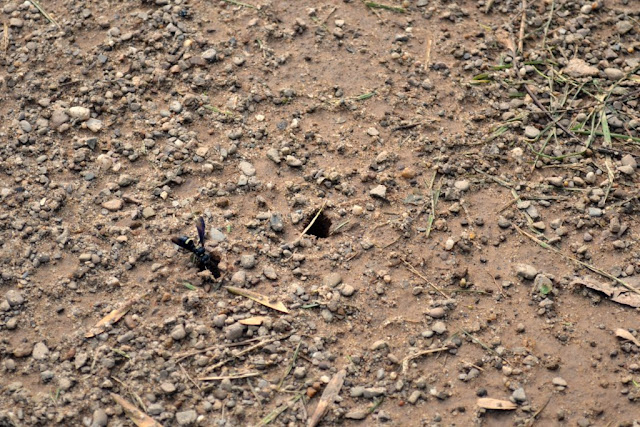 This nest, and the other one nearby, are good examples of the many wasp nest entrances at this colony location.
Here is a view of a nest entrance from the perspective of a player on the volleyball court. 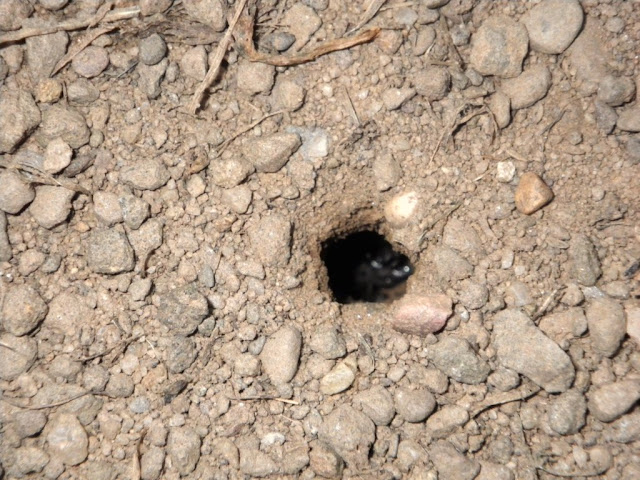 Yes, quite a few of the holes have eyes.  Are they watching for intruders?
In the photo below, one of these watchful wasps is getting a visitor.. another wasp.  She took a threatening pose by rearing back with jaws agape. The visitor left. 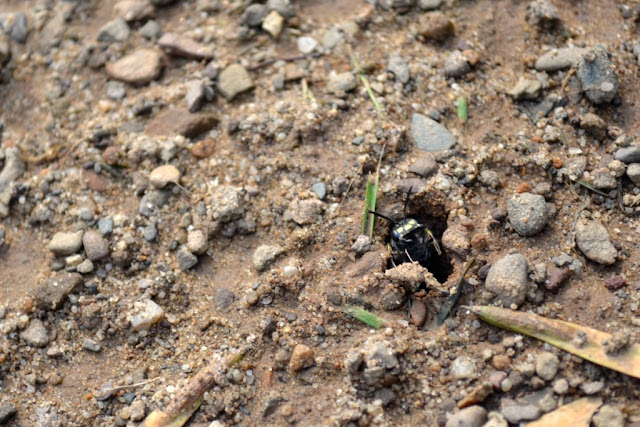 After a rain shower, I returned to the volleyball court and found that the numerous holes had disappeared.   They had all been transformed into mounds like the ones in the foreground of the picture below. 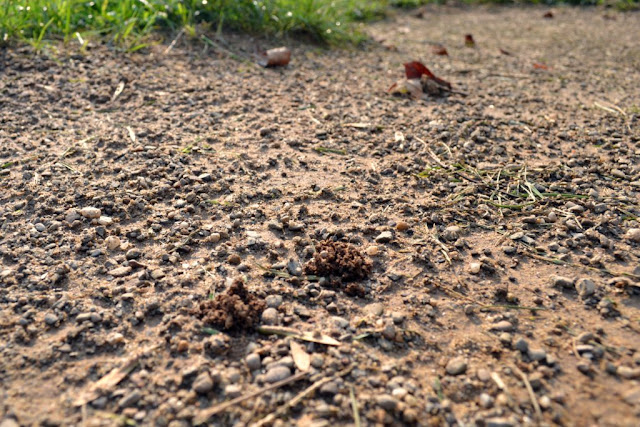 ﻿
I decided to dig this wasp nest in order to view it from the perspective of an archaeologist.
I brought out my trusty trowel and cross-sectioned, or "profiled", a nest.  As an amateur archaeologist, I am embarrassed with the uneven walls of the profile. Those walls should be nice and smooth.  I am, however, pleased with the glimpses into the life of a solitary wasp revealed by the excavation.
In the photo above, the female wasp is hiding out about three to four inches below ground.  She was emphatically warning me with buzzing noises. Notice the partially plugged tunnel.  The tunnel entrances start out vertically then begin to angle.
In the photo below, the profile shows a tunnel with a cell at the end which contains several buprestid beetle remnants and a large wasp larva. 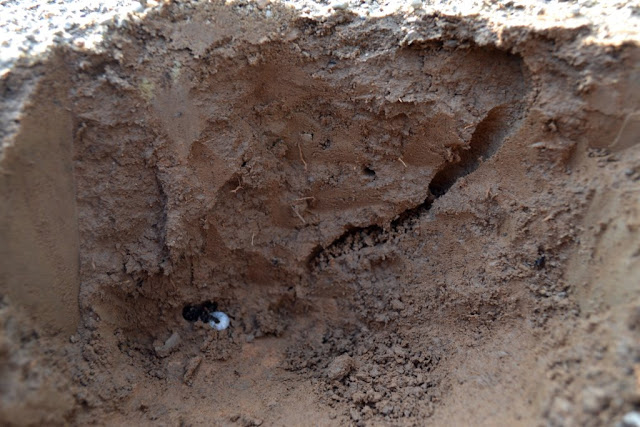 There were several isolated cells associated with this entrance.  Each cell was provisioned with a few metallic wood borers.  The wasp larva of each cell were obviously of different ages.
This is a closer view of the cell pictured above. 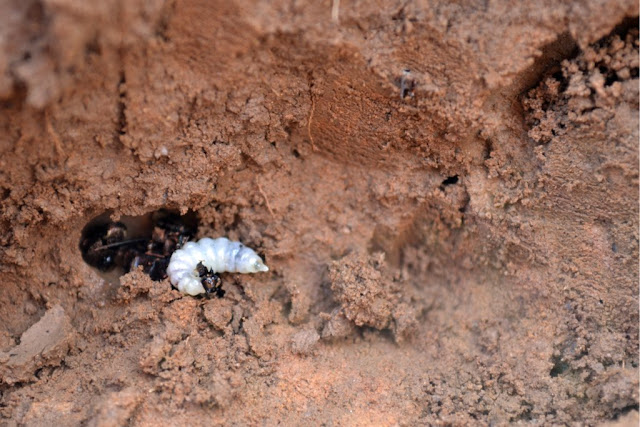 Here is a sampling of the metallic wood borers contained in a few of the cells of the wasp's nest.  The wasp provide the beetles for their larvae to feed on as they develop.  The wasps hunt these beetles, sting them, bring them to the nest and place a few in a cell, lay an egg there, and plug the cell.  Then they repeat the process.
﻿There's a lot underfoot.
﻿"We live on the rooftops of a hidden world.  Beneath the soil surface lies a land of fascination, and also of mysteries..."    --Peter Farb  Living World
﻿I dig these wasps, don't you?