Bird's Nest Fungus' eggs can truly fly.
Can you detect from the picture below that some little black pouches were sailing through the air trailing  sticky threads?  When the sticky strings caught my Lilac's branches, the flying objects became tangled around the stems like tether balls. 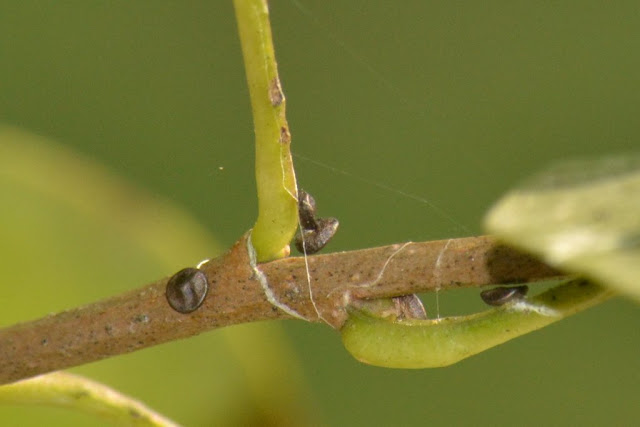 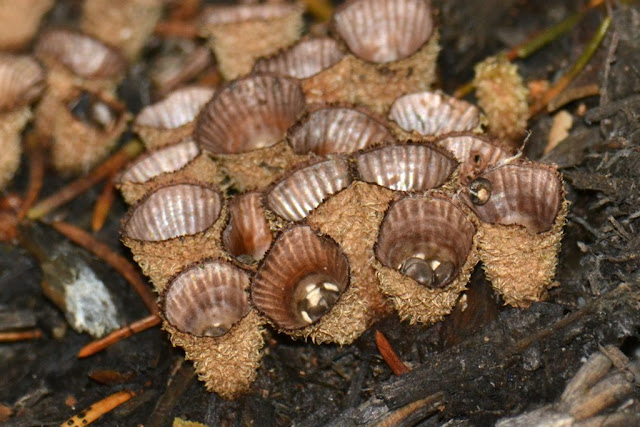 What an ingenious spore dispersal mechanism!
These cup-shaped fruiting bodies are designed to use the kinetic energy of a raindrop to "splash" the spore containing sacs to new territory ....sometimes to a considerable distance.
﻿ In my landscaping, I measured a spore case adhered to leaf at 49 3/8  inches vertically from the Bird's Nest Fungus' launching area.  See the black spot on the leaf? I find it remarkable that a fungus uses a raindrop impact to distribute its spores to new locations. I've seen the pouches attached to leaves, tree bark, stones, and even cars. Additionally, spore sacs stuck to vegetation have the possibility of being eaten by herbivores. If the spores survive the herbivore's digestive system, they have had a free ride to possibly distant locations. 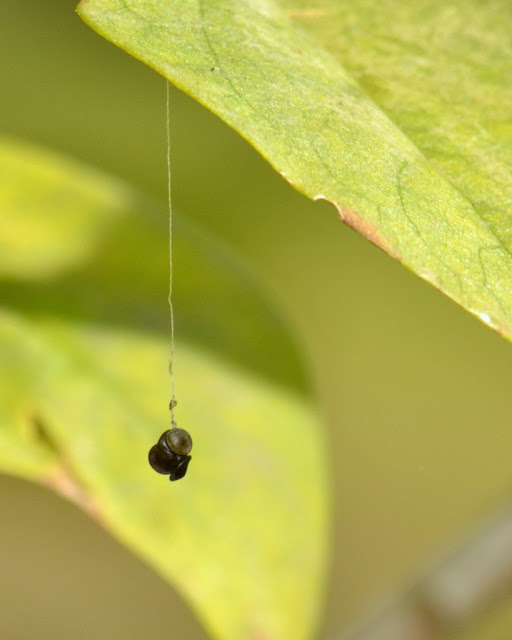 There are various species of Birds Nest Fungi.  The kind that was shooting at my Lilac was Cyathus striatus (see those fruiting bodies in the photos above).
I found a patch of ﻿Crucibulum laeve growing in a friend's flower bed pictured below.
﻿Aren't they cute? Of course, there are other species of Bird's Nest Fungi like the ones pictured below.... 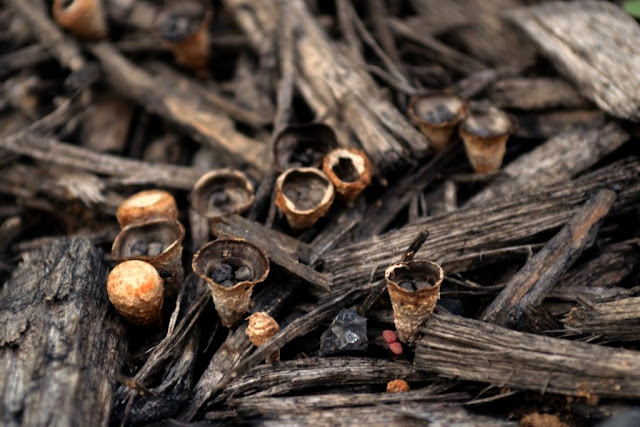 ...they too, are digesting the mulch in our landscape beds and waiting for rain....