Our neighborhood Screech Owl's favorite perch is an gnarly, old, hollow tree in a swampy patch of woods.
Owl is rather sharp and cunning and won't let me get very close for a picture before he backs into hiding. This shadowy picture of the owl reminds me of the tremulous screeching sound of a screech owl call...."whooooooo dares to come close to my tree and steal my pellets?"
Screech often watches from his haunt in the late afternoons.  Screech is a grey phase Eastern Screech Owl.﻿
﻿We've seen a few red phase owls as well....like this one I caught on a shelf inside a building a few years ago. 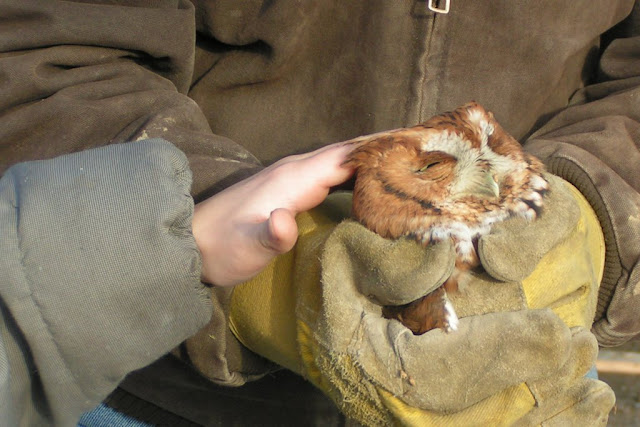 Check out those tufts of feathers that look like ears.  See how the owl can lay them back or hold them erect (see photo of owl in tree) as if they were actually ears?
Screech Owls are not much bigger than a handful.
﻿Before I released this owl, we snapped this photo of its foot...check out those talons! 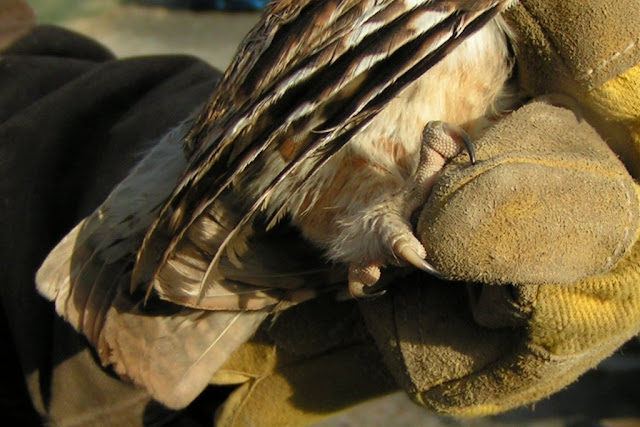 Oowwwl,  fortunately I was wearing gloves.
Owl's talons effectively do their job by the looks of the owl pellets at the base of our owl tree.
Owl pellet dissection is an interesting science project.
What is an owl pellet, you might ask?  Well, it is a regurgitated clump of bones and hair that conveniently gives an indication of what the owl has been eating.
Just don't call it "hacking up a hair ball"!   Owl already did that.
Now we can see what critters are in Owl's diet.
Here is a picture of the contents of an owl pellet... minus the hair.
﻿ A skull, two pairs of jaws, a few leg bones, a spattering of teeth, and an assortment of small bones / bone fragments.
Another owl pellet's contents was a bit more representative of a complete skeleton.  There was also a spattering of small bones and fragments (which aren't pictured) within this owl pellet.  There are plenty of missing bones and at least one extra one...a third humerus.
My son made an interesting observation while dissecting the owl pellet.  Without any prompting or help from me, he said, "Owl was eating shrews."
Now, my little osteologist hasn't studied skeletal anatomy or even dissected owl pellets before, but has closely observed the various shrews we have encountered over the years.  I think the red teeth tipped him off.

Obviously Owl has been eating red-toothed shrews.  These types of shrews have iron deposits in their tooth enamel.  See this paper for more info...Nature of Pigment in Teeth of Pygmy Shrew, Sorex minutus
﻿   When I rounded up those owl pellets for the kids to investigate I really wasn't expecting a gleaming red-toothed shrew jaw to display among my collection of oddities.   Owl cleaned it up so nicely.
As you can see, owl pellet dissection makes a great addition to a homeschool lesson plan.  My son would rather not study anything, so thanks, Screech, for the interesting lessons in shrew skeletal anatomy. 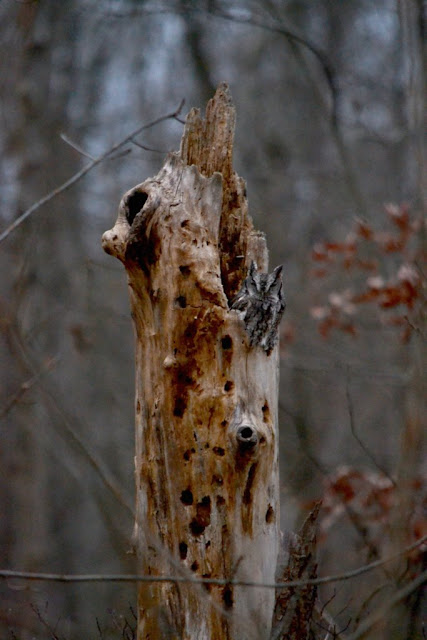