An unusual White Pine - the subject of this post - barely made it into the upper left of this picture. 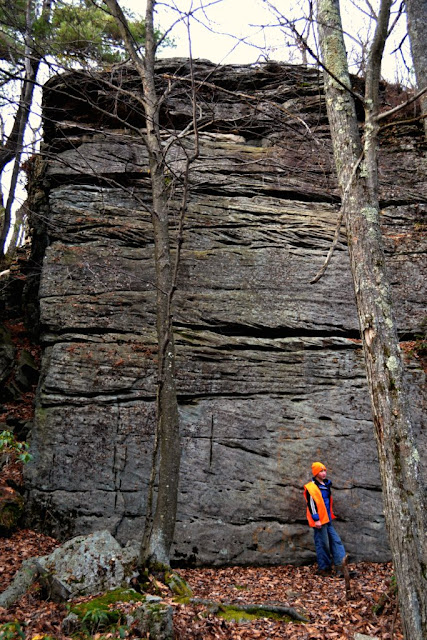 At the time, I was trying to capture the impressive cross-bedded sandstone outcrop, not the precariously perched pine tree.  Those are some really nice rocks!
The tree, however, is equally impressive, as it hangs out on the edge of the sandstone ledge. 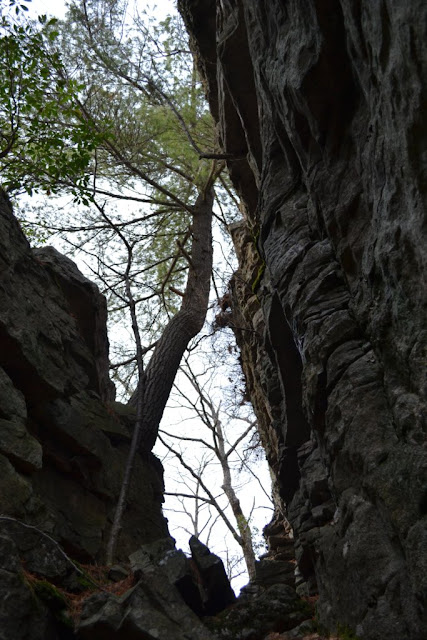 A little later, when I noticed the amazing tree and realized it would make a great "Tree Story" post, I took some photos of the pine clinging to the edge of the crevasse. 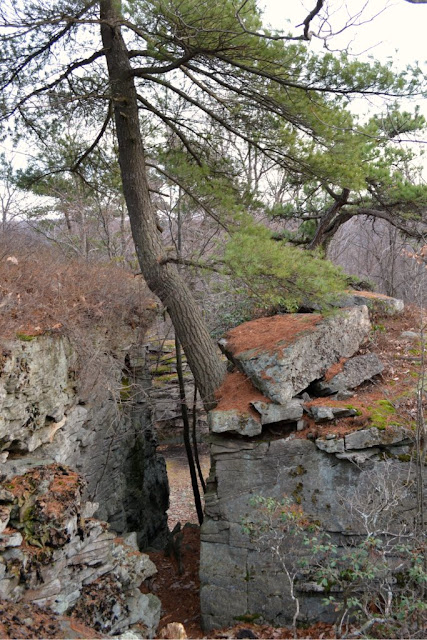 The pine is doing rather well, considering the tough living conditions it faces in its own little corner of the world. 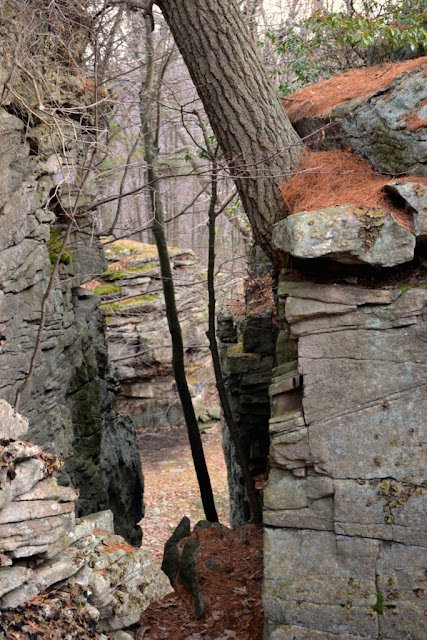 Now, for the tree story....
Long ago, and far out on the mountain... on a bastion of rock at the edge of a precipice, a White Pine seed sprouted out of a crack in the sandstone ledge.  What fateful event dropped it there?  A gust of wind up through the fissure?  Dropped by a careless squirrel?
Whatever the cause of the seed's deposition, the spot it landed had the right conditions for germination and for the seedling to take a hold and grow. 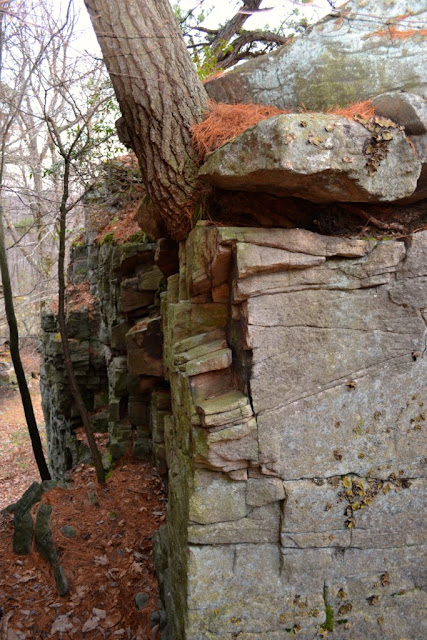 As the young pine grew, its roots propagated along the crack, and as time progressed they wedged the crack farther apart by hoisting up the many hundreds of pounds of rock above its roots. 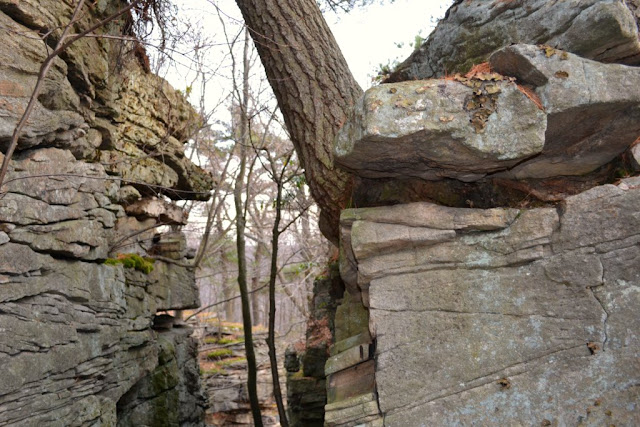 White Pine is a soft wood, but that said, here it is displaying incredible strength.
Water is a little scarce sometimes on this island of rock.  Soil is even scarcer.  Life would be a whole lot better for the tree, had its seed landed at the bottom of the precipice. 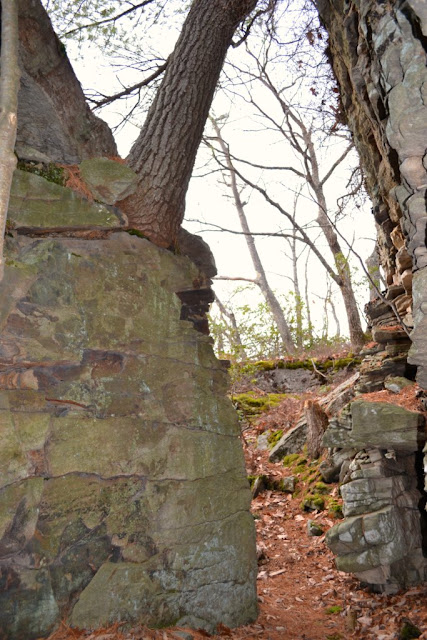 But hey, what other choice did the tree have.... but to do the best it could in its limited circumstances? 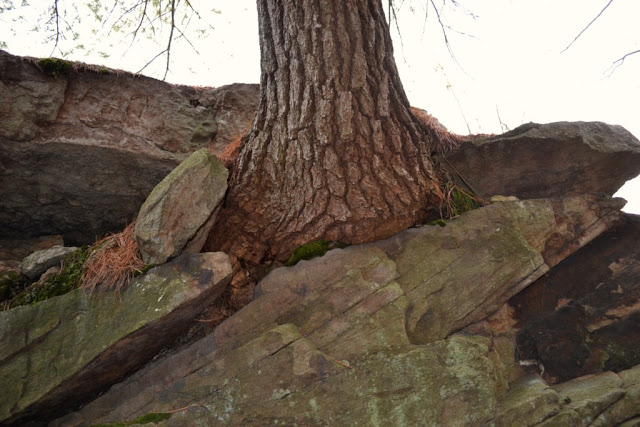 Long ago, when the seed landed right there on the corner of that ledge.... what else could it do, but... 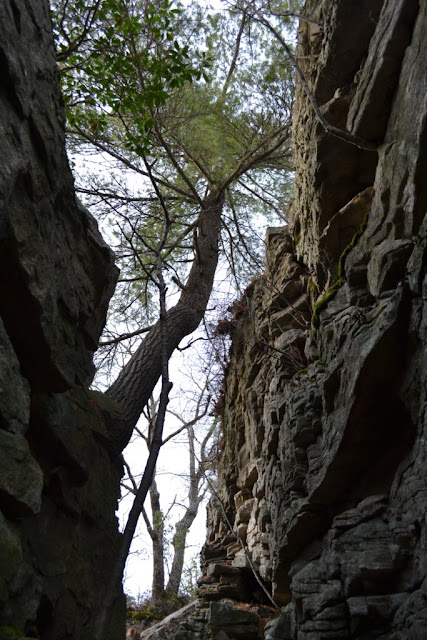 .... "bloom" where it was planted?
Well done, pine tree!
Then along came a naturalist and his boys, and appreciated the tenacious tree, and tried to capture (on camera) the lesson from the tree's story to share with the world.
Posted by Dana at 1/14/2012