Rose-seed Megastigmus are chalcid wasps that infest rose seeds.  The wasp's larvae overwinter within some rose hips.  Sometimes the attractive rose hips are gathered (for decorative or medicinal purposes) from multiflora rose bushes and the overwintering larvae are unsuspectingly brought  into the house where warm temperatures cause the tiny wasps to emerge earlier than normal.
My daughter incorporated some rose hips into some Christmas wreaths she made.  One of the wreaths decorates her dresser.  Another wreath was a gift which her Grandma received. 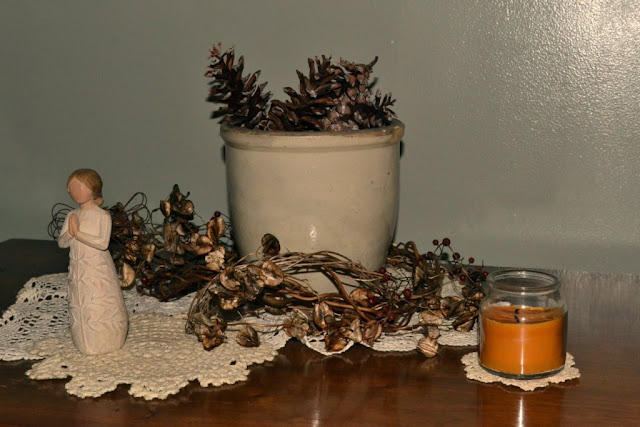 The dried rose hips add some cheery, red color to the decorations, don't they? 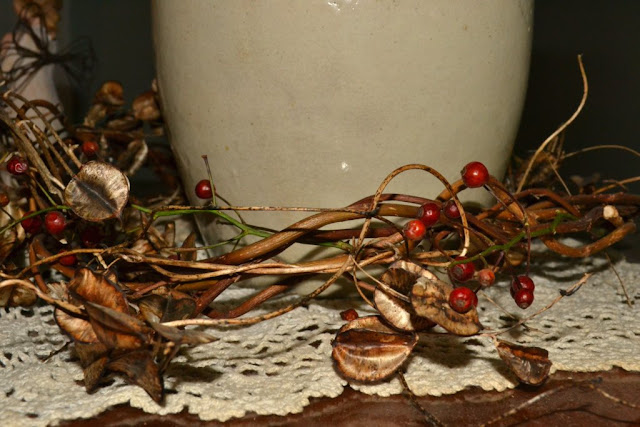 About this time of year they often cause some colorful conversations because little bugs start hatching from the rose seeds.  Here is a photo of an exit hole in a rose hip. 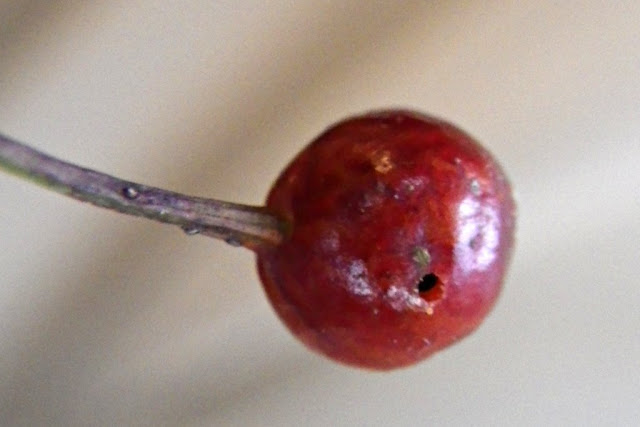 After the wasps emerge they are often found by the windows or hanging around on the rose hips. There is something about bugs crawling around in the house during the winter that just doesn't seem right.
As Grandpa said to Grandma recently, "Sis eppis levich en dy shunk!" translation -"There is something buggy(living) in your cupboard."  She replied, "Sis nix levich en mi shunk!"  After a search they found the source of the infestation of minuscule bugs....the pretty Christmas gift.
Now these wasps are rather cute and harmless.  My pictures of the wasps exaggerate their size.... the wasps are smaller than a mosquito.  I almost pity the poor creatures since this time of year there are no falling rose petals, which means no developing rose seeds where they can lay their eggs.﻿
When the wasps hatch in the outdoors they are very good at destroying the seeds of multiflora rose.  In areas where the wasps are present, they may infest almost 50% of the seeds (see this link). In other words, the wasps act as biological control agents.
Another remarkable thing about their life cycle is their dispersal method.  Some studies show the wasp's larvae are digestive-resistant and survive the gut passage of vertebrates.  Interesting way to get delivered to different locations, eh? 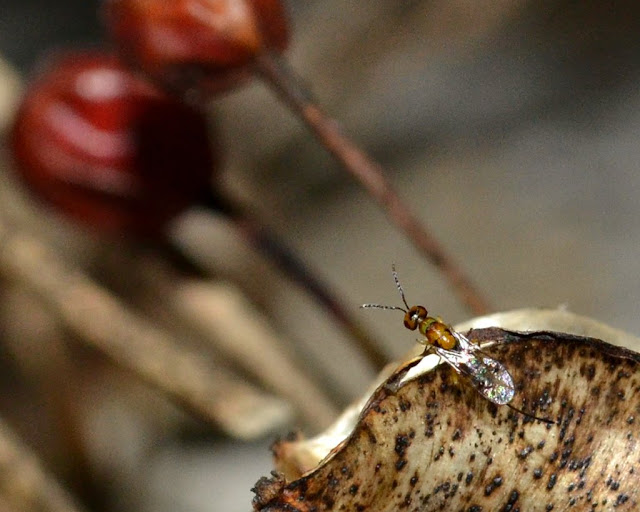 Here are a couple more photos of the tiny wasps found on the rose hip decorations my daughter made. 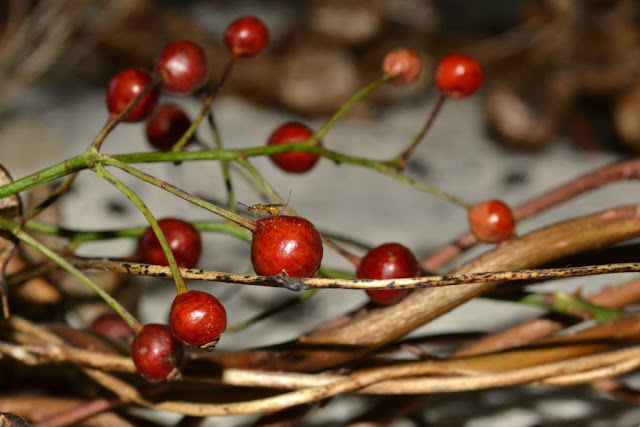 If you have rose hips decorations at your house, you may have some unintended visitors when the overwintering rose seed wasp larvae begin to hatch.
Oh, and have you ever munched on some rose hips while hiking? Or made rose hip tea?
I have.
Just now my daughter looked over my shoulder and said, "Ewww, that's gross!"     'cause she has also eaten some rose hips.
If it is any consolation, maybe the wasp's larvae are high in Vitamin C... though that's almost as bad as the thought of something "buggy" in your cupboards.
Posted by Dana at 2/22/2012