This sallow moth, or wintermoth, showed up at a friend's maple sap bucket on February 28.
This moth is from a family of amazing winter-flying moths which have the ability to fly at much colder temperatures than many other insects. These moths spend the winter as adults hiding in the leaf litter and emerge during milder days to feed on sap. The flying stage in their life-cycle is from late fall to early spring.  (I've previously posted about another sallow moth which I found flying in late November.)
I called this moth a thief in the title, but come to think of it, this sallow was more like an opportunist than a thief since it was just availing itself of maple sap that leaked from around the maple taps. 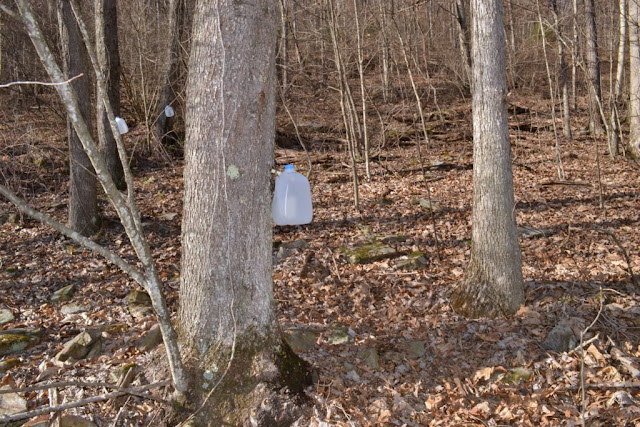 I have asked myself, "How would the moth find its supply of sap to sip if people wouldn't tap maple trees?"  Well, one likely source of the moth's food supply is sap leaking from wind damaged branches and other naturally wounded trees.  I've also read that some squirrels nip notches along the top of branches.  In these notches sap will puddle... then squirrels can enjoy a sweet treat.  I expect the moths avail themselves of the squirrel's sweet spots as another source of sap.
I happened to capture a few photos of the moth's proboscis.  What a spectacular "tongue"!
All those finger-like projections are called sensilla.  From what I read these function as taste buds.  Perhaps these sensilla also perform other sensory functions.  I wonder if they also help in the gathering of sap? 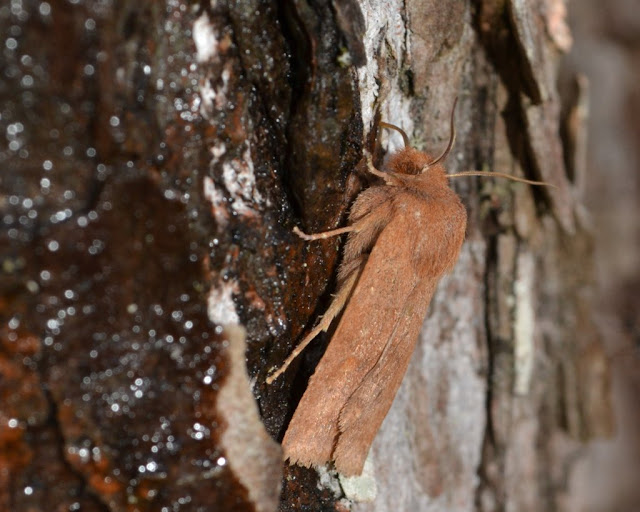 I've been looking at the 90-degree bend in this moth's proboscis and it is obvious the proboscis is definitely more of a high-tech apparatus than a "straw".  I cropped the picture for a closer view of the bend/kink in the proboscis (see the photo below). 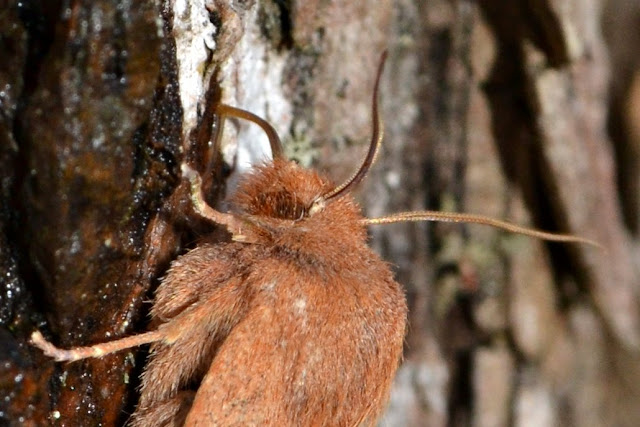 Winter-flying moths also have some other unique, high-tech design features.  I'm especially fascinated by the ones which allow the moths to function at much lower temperatures than many other insects. One of the moth's most obvious cold weather survival features is shivering... this warms them up for flight.  Another feature is the thoracic pile, or fur coat.  This "fur coat" (see the photo below) helps insulate the moth and helps it maintain its temperature above the surrounding air temperature.  The amazing moth has other heat distributing and thermoregulation features which are internal. 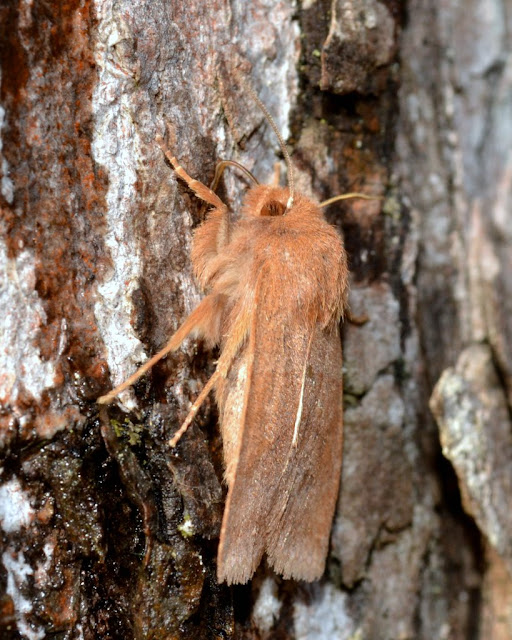 I see this sallow moth's wings are worn... making its markings are barely visible.  That wear is evidence of the moth's habit of hiding out in the leaf litter all winter long.
I like these moths with their unusual life-cycles and winter-flying abilities.
That is one sweet moth!
Posted by Dana at 3/19/2012