My son noticed some tiny Ambush Bugs... freshly hatched from their unusual-looking egg mass.  This interesting event was transpiring on a Sassafras sapling out on the mountain where we were looking for Native Azaleas (the lavender blurs in the background of the picture below). 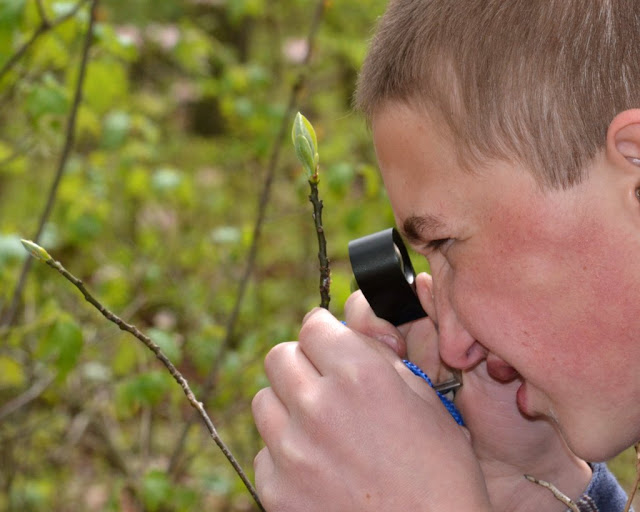 I did manage to snap a photo of some of the Ambush bug nymphs shortly after they hatched, but before they went off to explore the big, wide world. 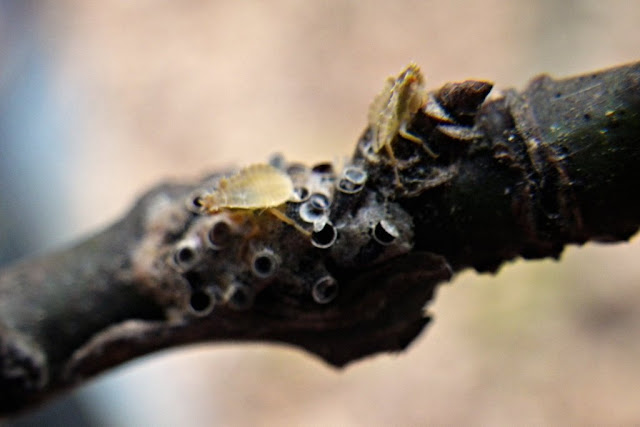 The nymphs congregated on the young leaves at the branch tips.  Soon the Sassafras will put out some flowers, where I suspect, the Ambush Bugs will hide in ambush for some insects visiting the flowers. 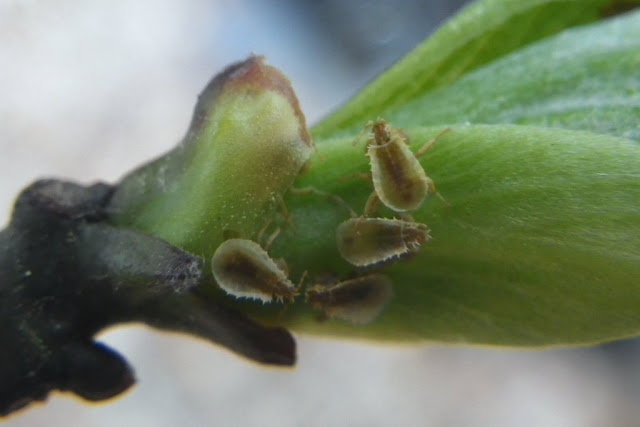 The nymphs were so small they were taxing my camera lens' ability to take nice photos.  Even so, the nymph's nasty-looking armor is visible.  Notice the extra stout foreleg typical of the ambush bugs. 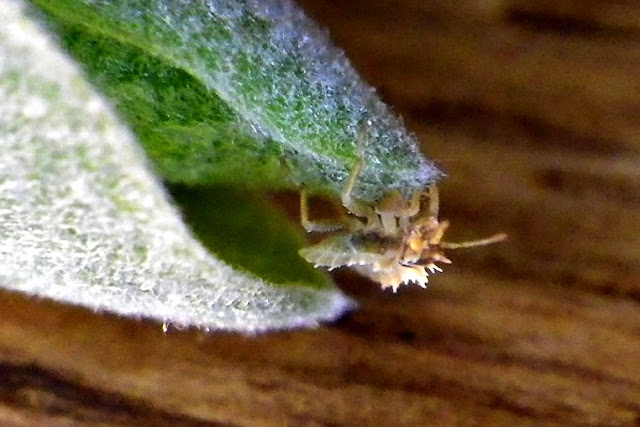 We were fascinated with the ambush bug's eggs... they look like miniature pint milk jugs covered in foam. 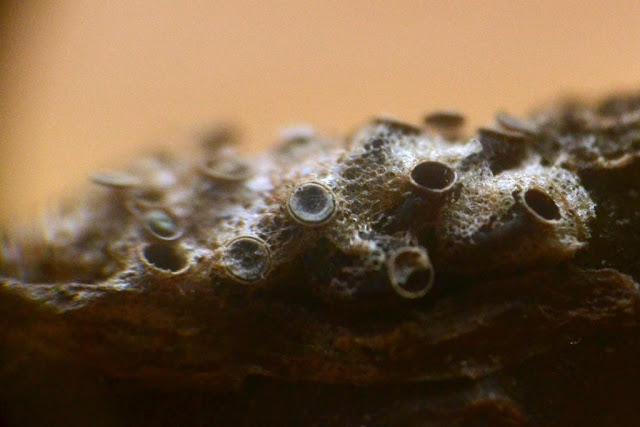 As I was writing this post, my son looked over my shoulder and noticed the whitish pupal skins (shed when the nymphs hatched) remaining in the open hatches.  He said, "Neeeat, you should pull one out with a tweezers and get a picture of it!" 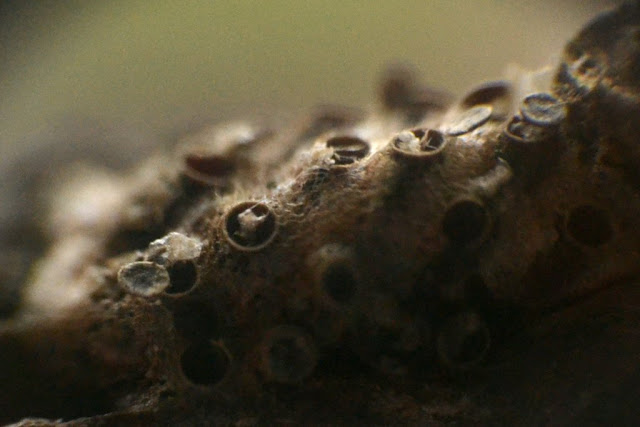 Slight problem... the tweezers would probably cover most of the view (it's a view through a hand lens)... so it's best to leave the cast-off skins the way they are... they are so symbolic of the drama happening in hidden world around us.
I guess there is a little extra "Joy in the Journey" with a hand lens in your pocket.
Posted by Dana at 4/27/2012