A Nupital Gift Fit For A Dance Fly

I wasn't out looking for mating Dance Flies, but I kept seeing small, dark, balls... flying slowly through the woods in this cut on an old iron ore trail.  What an interesting place!  It's a wonder I even noticed the tiny UFOs. 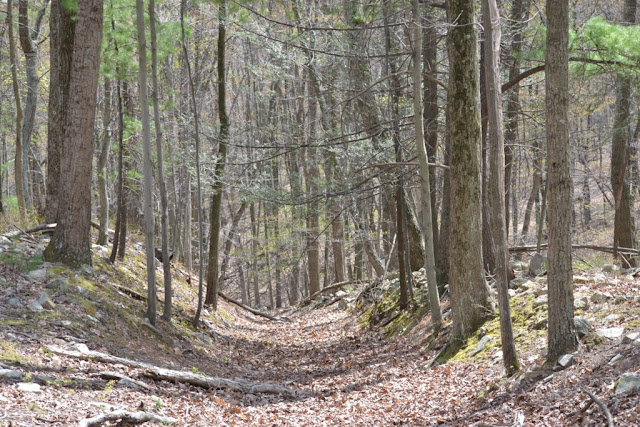 Eventually, I followed one of those unusual flying objects until it landed. The slow-flying object turned out to be a pair of mating Dance Flies carrying a nupital gift.
I managed to snap a few pictures of the Dance Flies.  This first photo is the most discrete one. 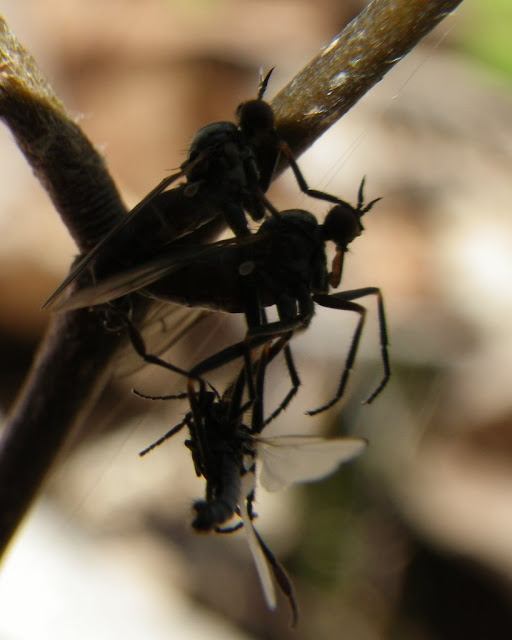 Dance Flies are predators of other insects.  The male Dance Fly (Empididae) hunts for a suitable gift and offers it to a female in a dancing swarm. Apparently the gift "tames" the aggressive behavior of the female and also occupies her during mating. 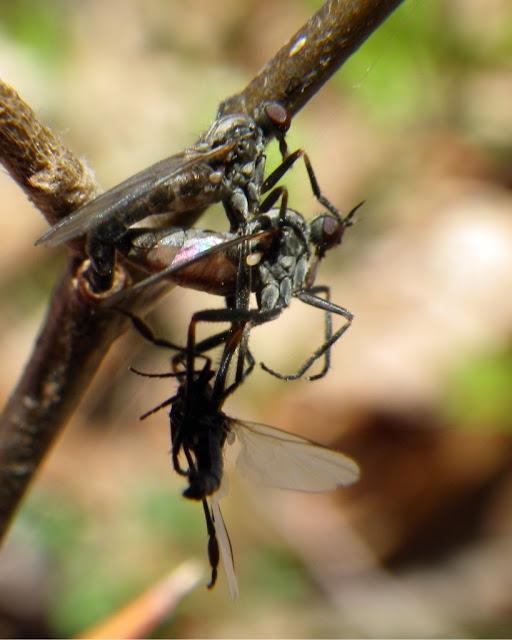 The male is hanging on to the twig with a leg or two... so casual like. 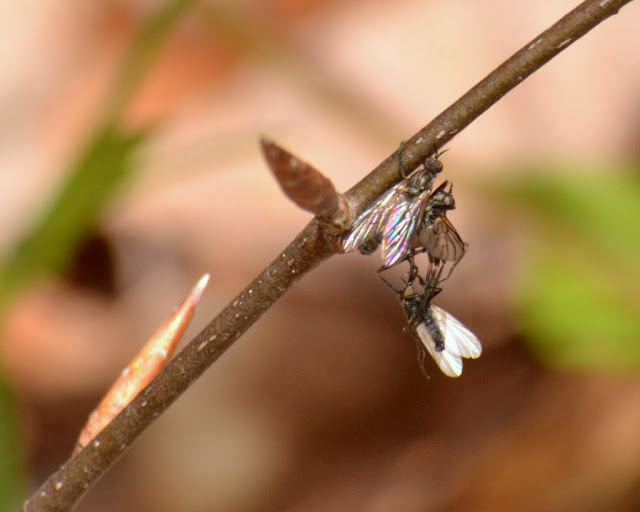 He is also hanging onto his female... and he still has a hold on his gift.
Check out his leg on the back of her head... 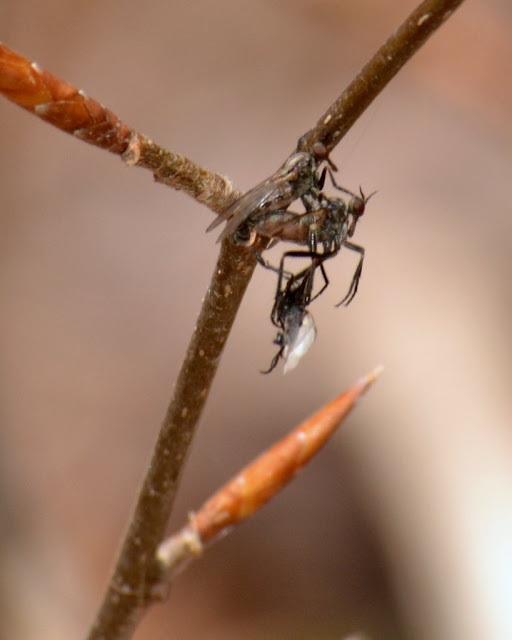 ...seems to be a very controlling stance.  He is taking no chances.
Soooo anyway, about the time I snapped these photos, a Cuckoo Bee came patrolling past... and I was off to see what it was doing.
Posted by Dana at 4/17/2012