I enjoy catching fireflies and their signals with my camera.
Last evening, as I came up from the river, I noticed a firefly hanging in the ornamental grass. 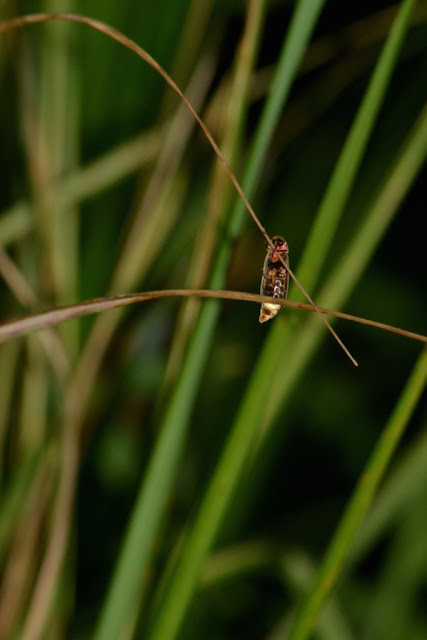 I made the assumption that this was a female firefly waiting for dusk to come, and with it, the signaling male fireflies. 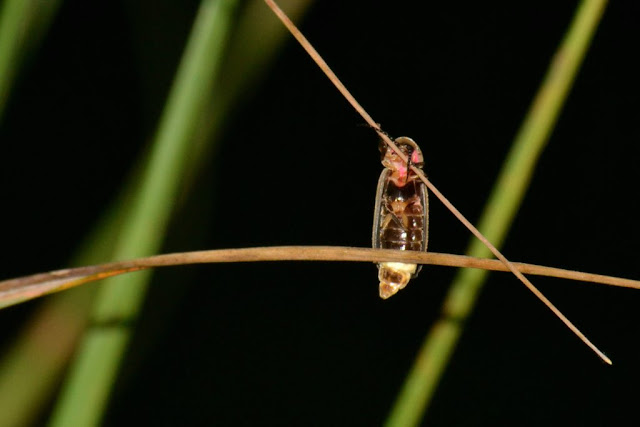 I set up my camera and waited for the firefly light show to begin.  Sure enough, with the setting in of evening, the female stayed put and began signaling.  Her's were short flashes in response to the male's j-shaped signals.  I used an 8 to 10 second exposure to catch a series of signals as the male zeroed in on the female.  In the photo below, the female firefly's flash occurred in between the two j-shaped flashes of the male as he approached.  The white arrow points to the signaling female firefly. 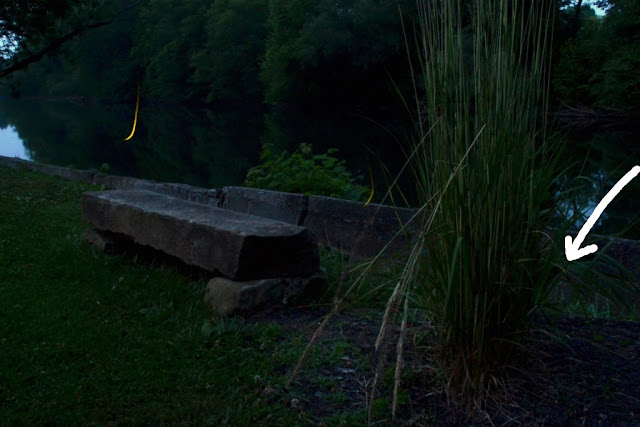 Here is another photo of the lightning bug signals.  This photo (again) shows the male's signal, followed by a two-second pause for the female's flash, and then another signal from the male as he closes in on her.  These signals are the style made by the firefly species Photinus pyralis. 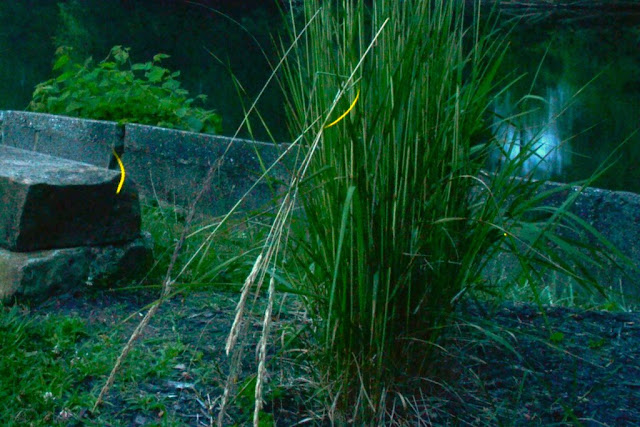 I had to chase away many male fireflies in order to have the opportunity to continue snapping photos.  Seems to me the firefly light signals are an effective way of getting together. 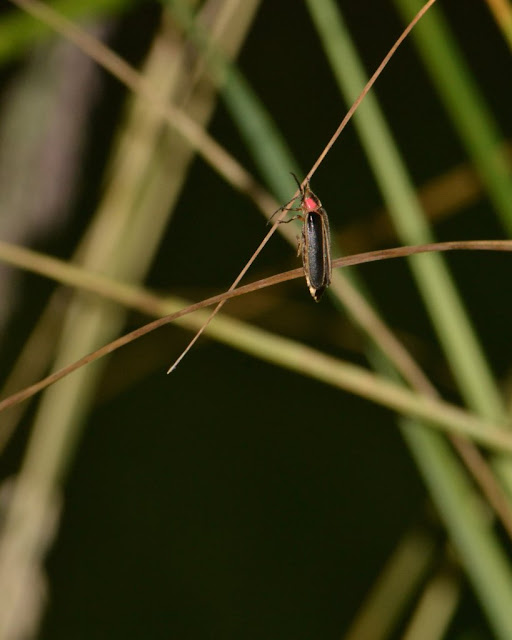