I don't believe in fairies, even though I took a picture the other day that sure looks like it has one down in the corner. I snapped the picture when I was chasing a small white fuzzy bug flying through the edge of the woods. 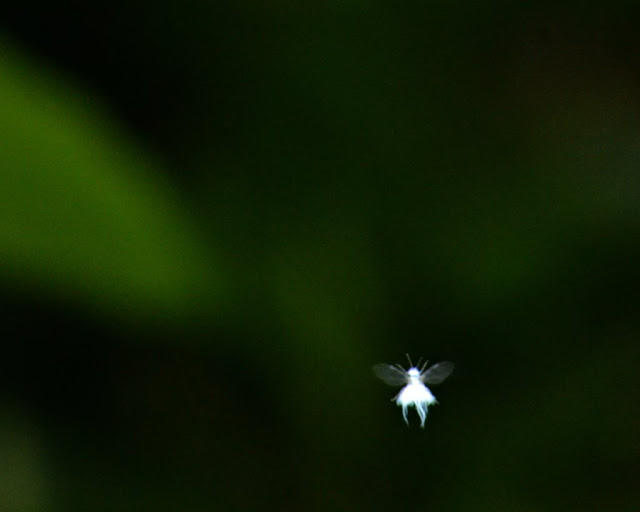 My regular readers know I do stuff like chase tiny flying white bugs just to see if I can get a good picture.  It's kind of fun to see a little fuzzy bug go drifting past...  run for my Nikon, set everything to manual, find the bug again, and start snapping pictures. 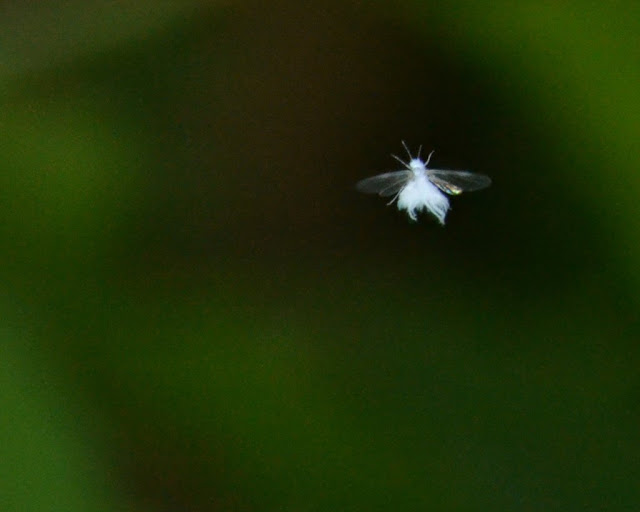 Now, if you've come to this page wondering what these tiny white bugs are called... the ones that look like drifting lint, floating pieces of fluff, or tiny fairies... they are woolly aphids.  The Kaufman Field Guide to Insects of North America

says, "Woolly aphids owe their appearance to filaments of wax secreted from their bodies.  The coating keeps them from drying out and repels some predators that would rather not get a mouthful of wax." 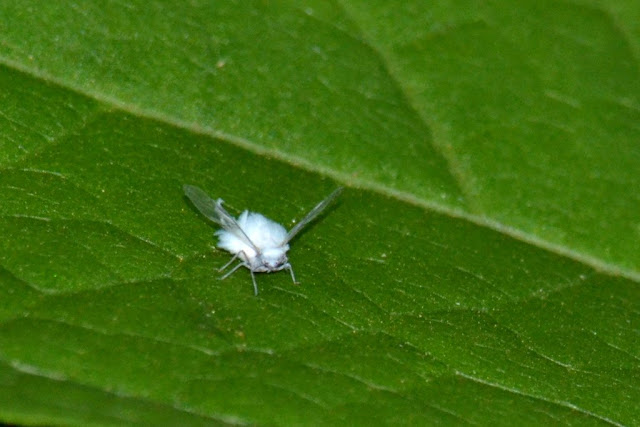 These aphids feed on plant juices. Wooly aphids are from the family Eriosomatidae.  The book, An Introduction To The Study Of Insects

, says, "Nearly all members of this family alternate between host plants, with the primary host (on which the overwintering eggs are laid) usually a tree or shrub, and the secondary host a herbaceous plant.  These aphids may feed either on the roots of the host plant or on the part of the plant above the ground." 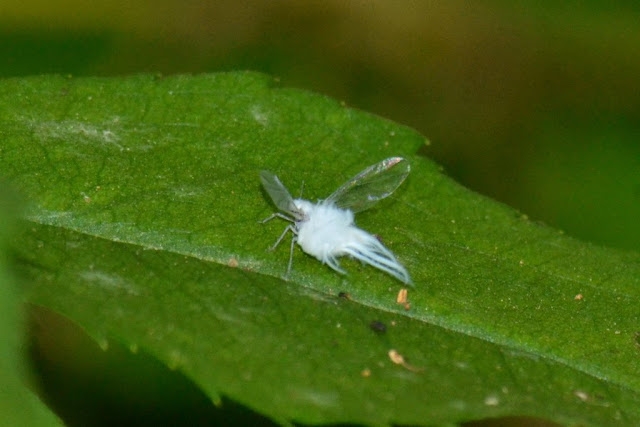 There are various species of woolly aphids.  The ones I have pictures of were probably moving from one host plant to another. Here's one I saw last fall. 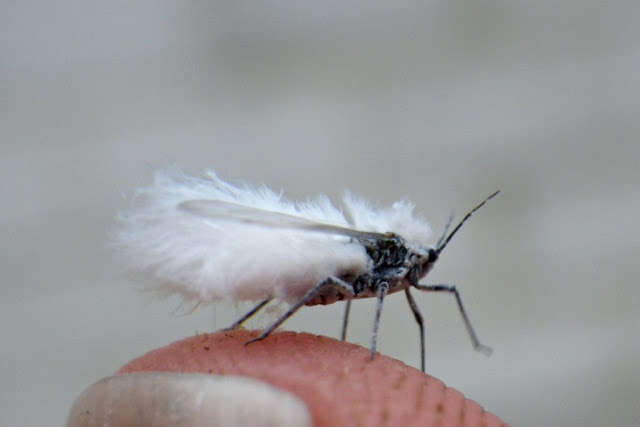 The picture above was taken with a Pentax Optio

.  The rest of the pictures on this page were taken with a Nikon D3100

.
I'm glad these woolly aphids fly slowly... they just drift along like lint or fluff floating on the breeze which makes it easier to chase them and take pictures of them on the wing. 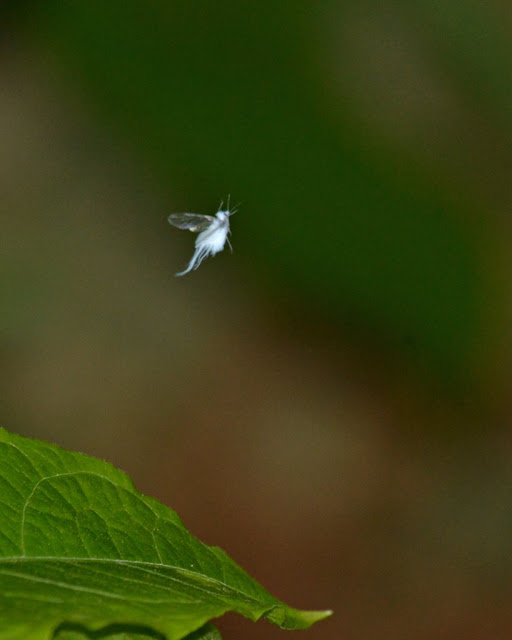 Farewell fairy-fly.
( I mean farewell in the sense of good-bye, not a wish to fare well... woolly aphids are pests that can damage plants and trees.)