We enjoyed watching the 2012 Venus transit.  There was something about seeing a planet silhouetted against the sun, which gave a sense of scale to our solar system. 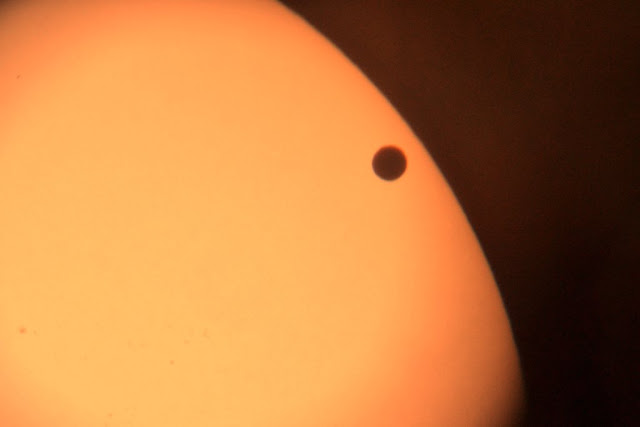 We've been looking forward to the Venus transit, and were very grateful when we found a patch of clear skies over the time of the transit. 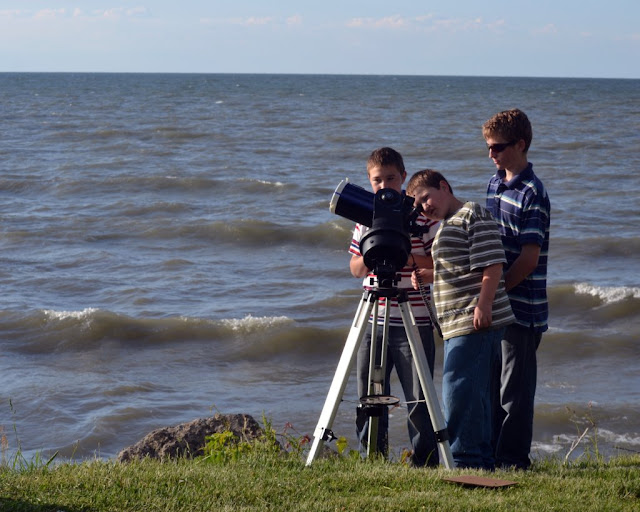 We set up my Meade ETX125 Telescope

(with a Mylar filter

over the front) and watched the Venus transit from first contact until sunset. 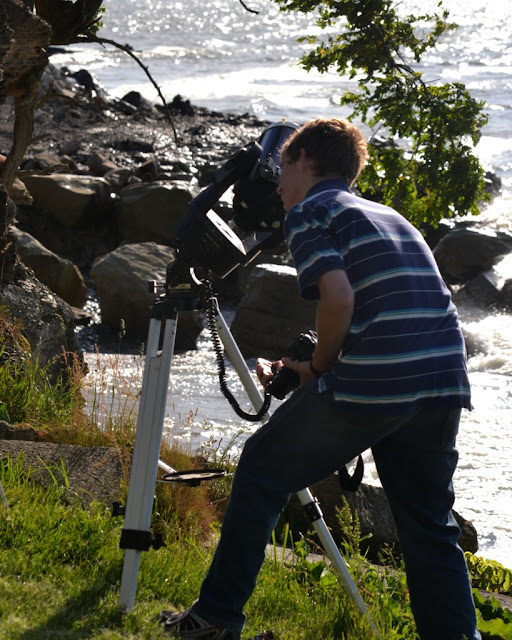 Unfortunately, I didn't get a picture of the transit until Venus was well into the sun's disc. 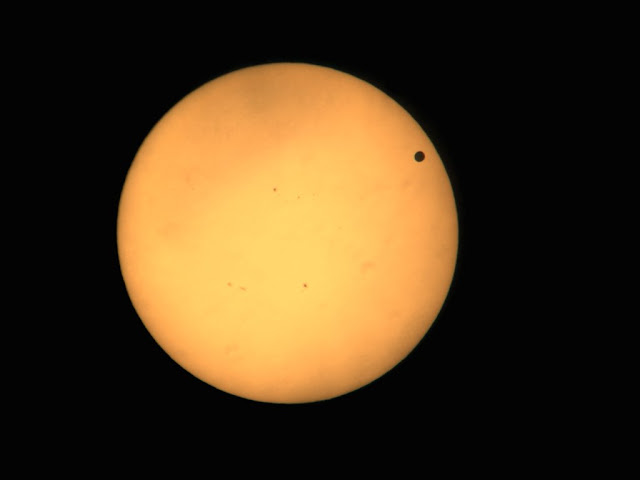 Normally, sunspots seem really dark on the face of the sun, but not compared with the silhouette of Venus. 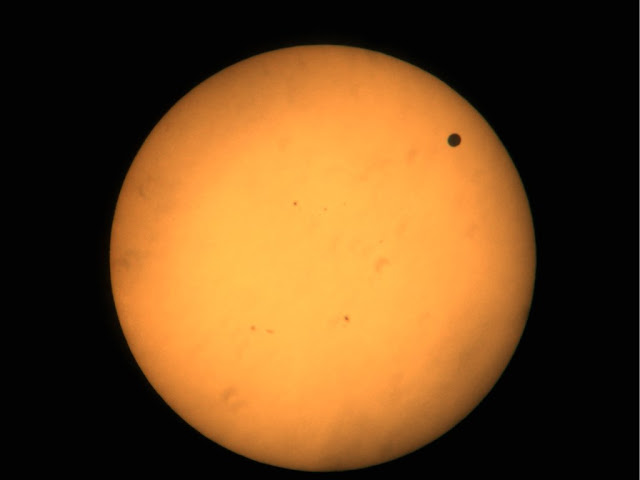 As the sun set, there were some wispy clouds on the horizon...  which are evident in the photo below. 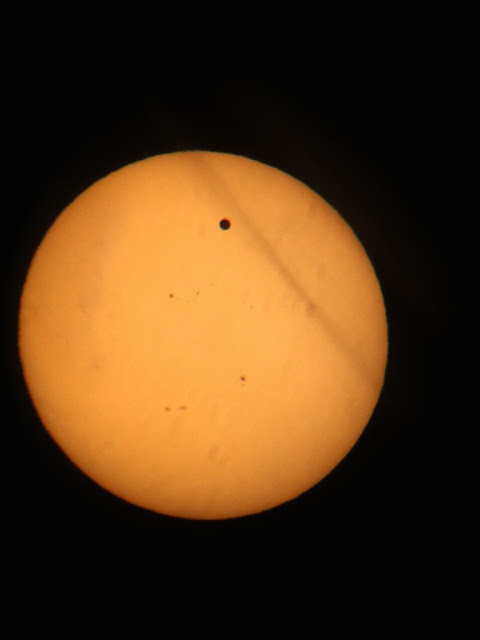 Another Venus transit won't happen for a long time, and the boys thought it was "really cool" that we got to observe this rare event.  For me, what was "really cool", was visualizing, or perhaps experiencing in a new way, the 3-dimensional nature of our solar neighborhood.
Posted by Dana at 6/08/2012

Email ThisBlogThis!Share to TwitterShare to FacebookShare to Pinterest
Labels: Astronomy