The other day I was pulling out some poison ivy vines that had gotten a foot-hold under the Lilac bush. On a few of the poison ivy's leaves I found some leaf mines. 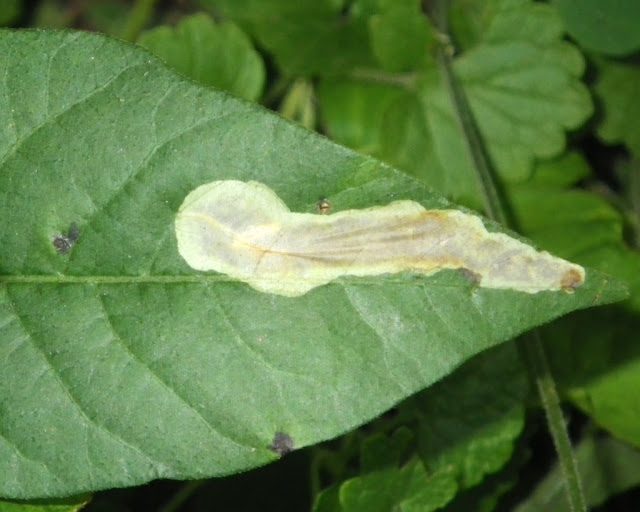 I could see the small larvae of the Poison Ivy Leafminer, (Cameraria guttifinitella), working away...  making these blotch mines.  It looks like they eat the palisade (upper) layer of the leaf. 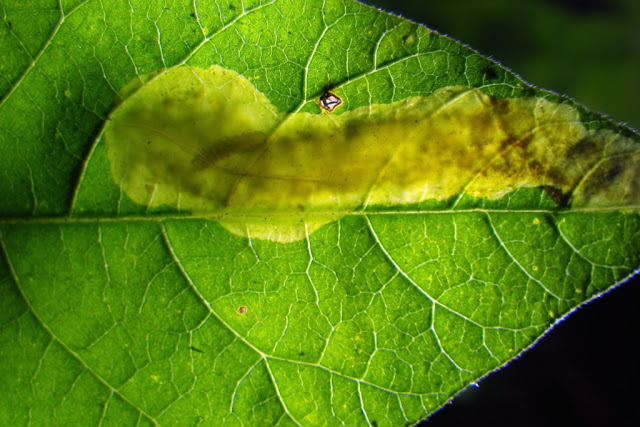 In these photos the micromoth larva is visible inside its leaf mine. 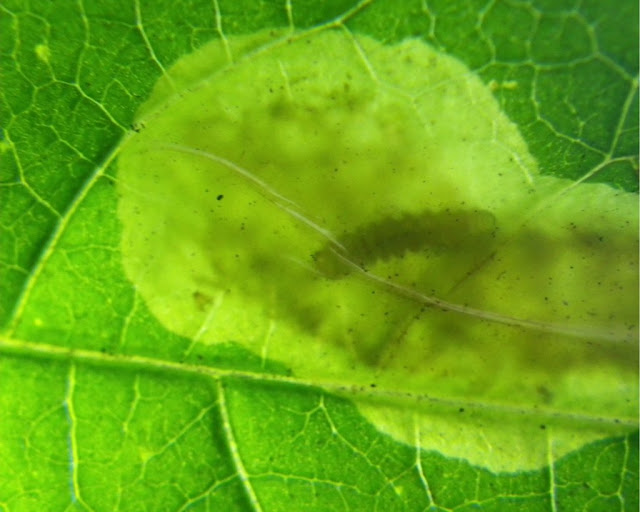 I removed the larva from inside the leaf in order to take a better picture (below). 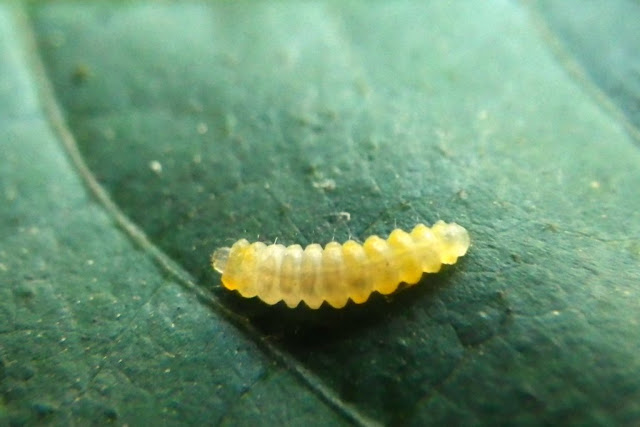 The boys were incredulous when they saw the critters. One of them asked, "A poison ivy leafminer?".  I believe they were thinking it would be an unenviable and itchy situation to be one of those leaf miners.  I'm wondering... does the larva somehow manage to avoid ingesting the poison ivy's chemical defenses, or is it immune to the irritants?
Actually, I can see there are numerous insects utilizing the poison ivy. 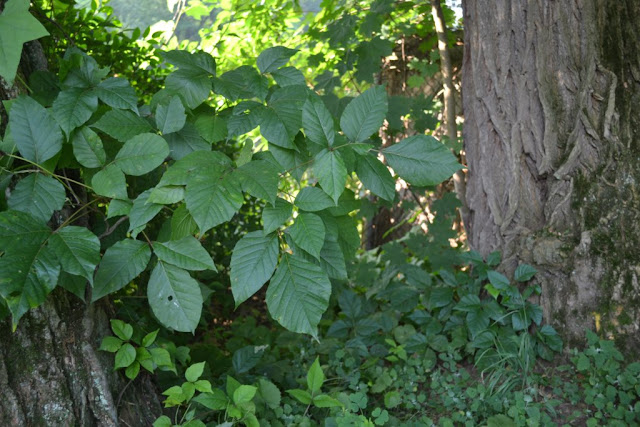