Last night must have been slug's night out. 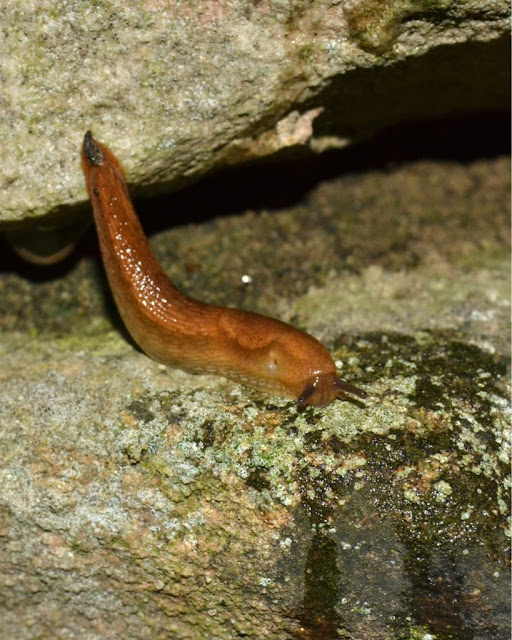 I've never seen so many slugs in one location, so, either this little landscape feature is "slug city", or the rainy weather brought every last one of them out of hiding. 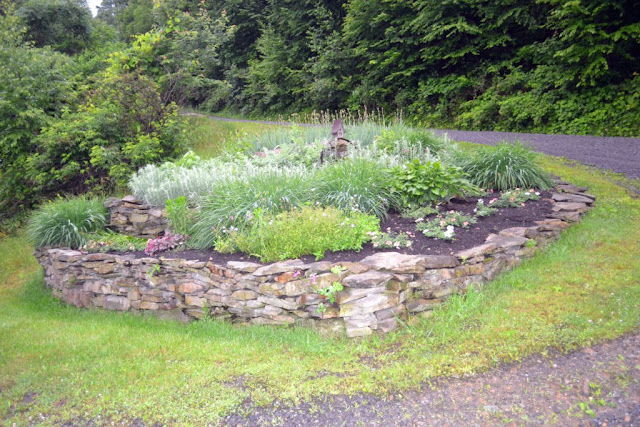 Slugs were all over the stone wall... 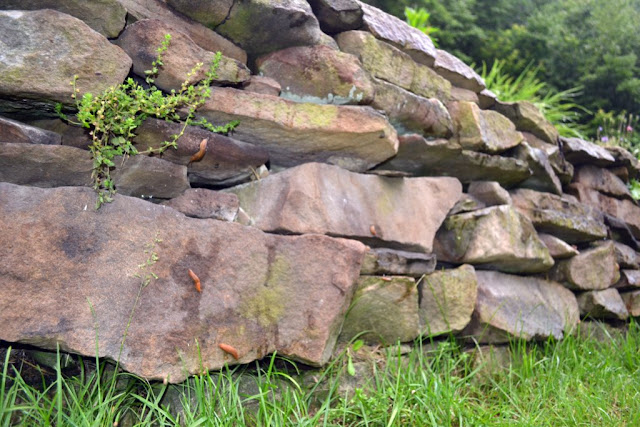 ... and all over the landscaping. 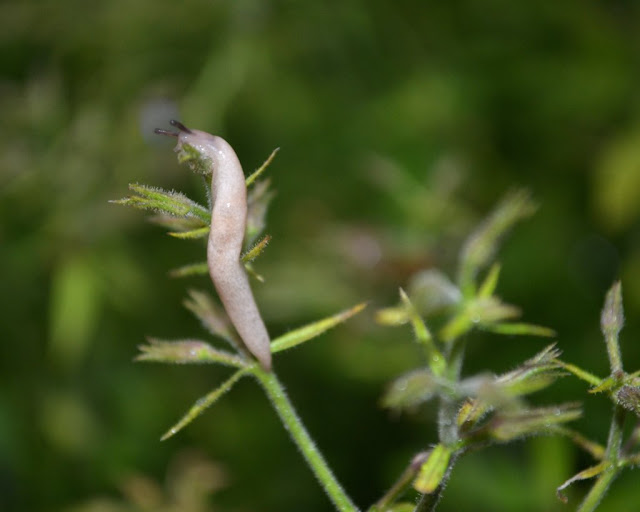 With so many slugs feeding on the vegetation, it's a wonder there are any flowers left blooming there on the turn. 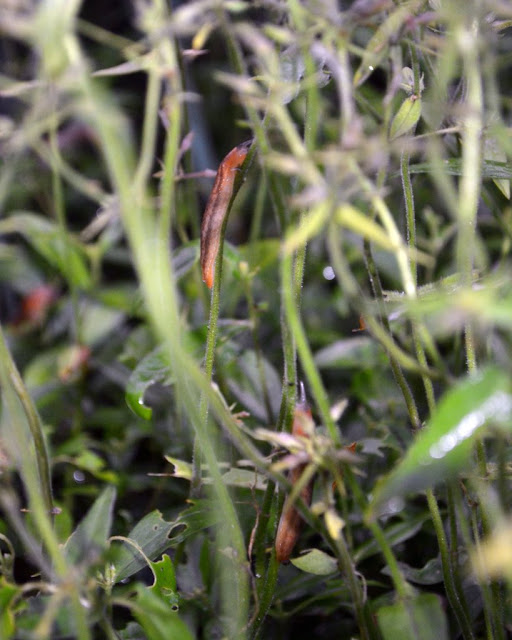 Now whenever we encounter slugs, the boys like to experiment with slug slime glue. Previously, I've posted a demonstration of how slug slime glue works using a tooth pick.  This time, the boys were gluing rocks to a stone wall with the slug glue. What the boys did was rub a small rock along the back of a slug to activate its defensive mechanism... an instant coagulation of the slug's slime into a sticky orange-ish blob on the rock. 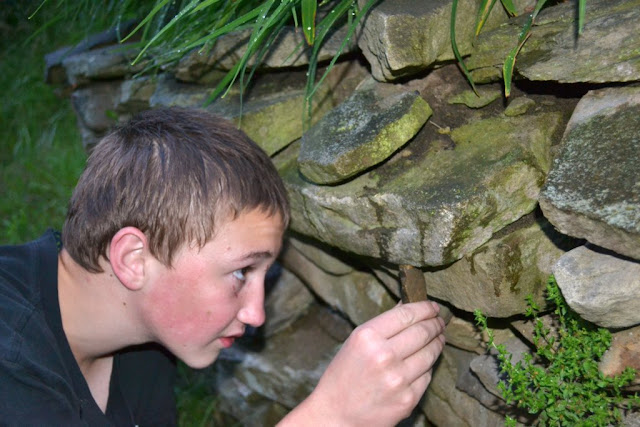 Then they stuck the rock against one of the protruding stones of the rock wall and left it hang there. 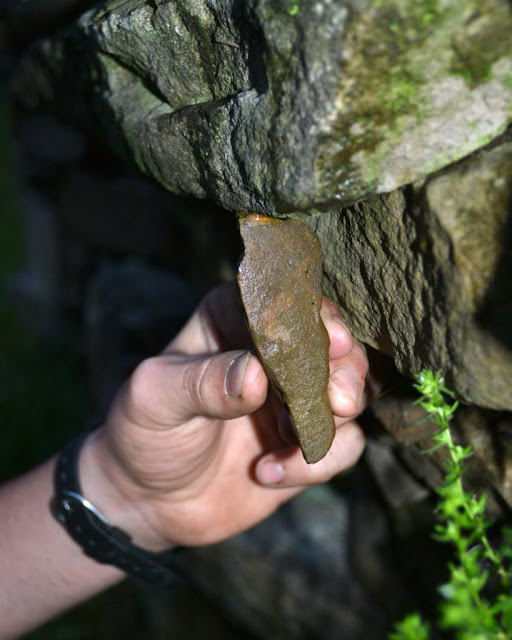 The boys were amazed that the slug slime glue held fast! 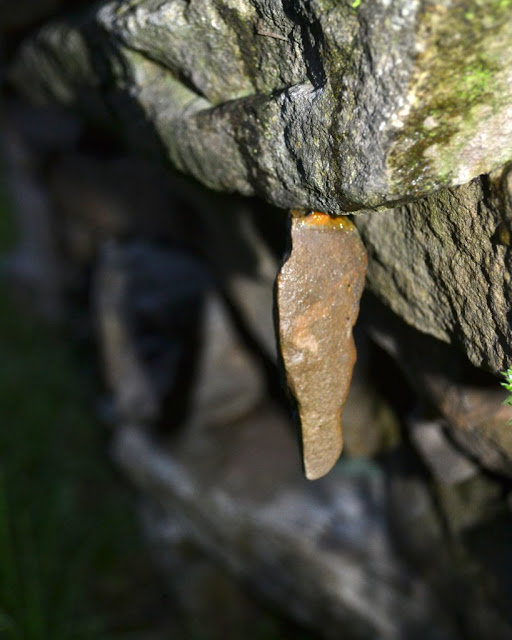 If it holds a rock, imagine how the slug slime glue would hold the jaws of an attacking insect. 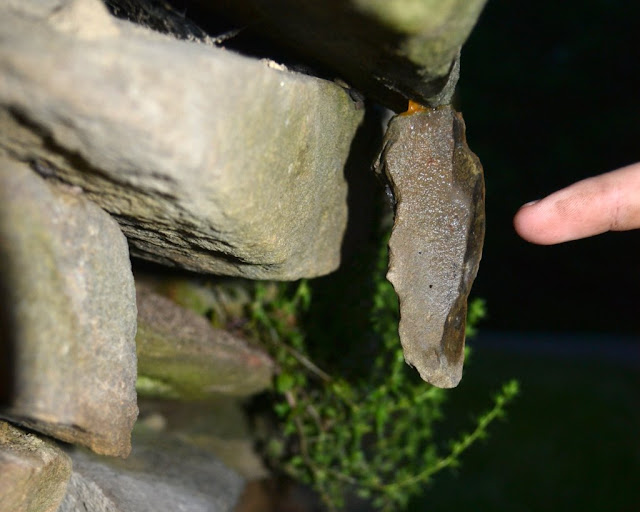 We stopped back to check on the hanging rocks after an hour and a thunderstorm... and, yes, the slug slime glue actually held fast!
Posted by Dana at 6/04/2012

Email ThisBlogThis!Share to TwitterShare to FacebookShare to Pinterest
Labels: Slugs