When The Black Caterpillars With Yellow Spots Disappeared From Our Willow

Our willow had an infestation of caterpillars this summer. These black caterpillars had a row of yellow spots down each side.  They were hard at work eating the willow leaves right down to the mid-ribs... until some wasps came a-hunting. 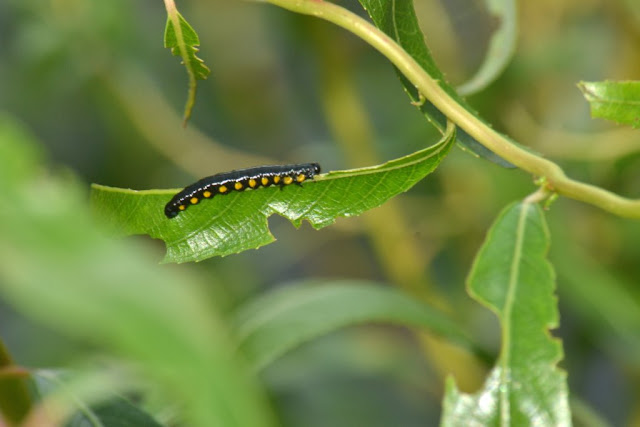 I call these larvae, caterpillars, for simplicity's sake, but they are actually Willow Sawfly larvae. The adults are sting-less wasps. Take a close look at the pictures of these sawfly larvae and you can see they have more than five pairs of prolegs... caterpillars have five or less.  Another notable characteristic of these sawfly larvae is the s-shaped defensive posture they assume when  alarmed. When the larvae are disturbed they curl their back-ends into this unusual position and even thrash them around. 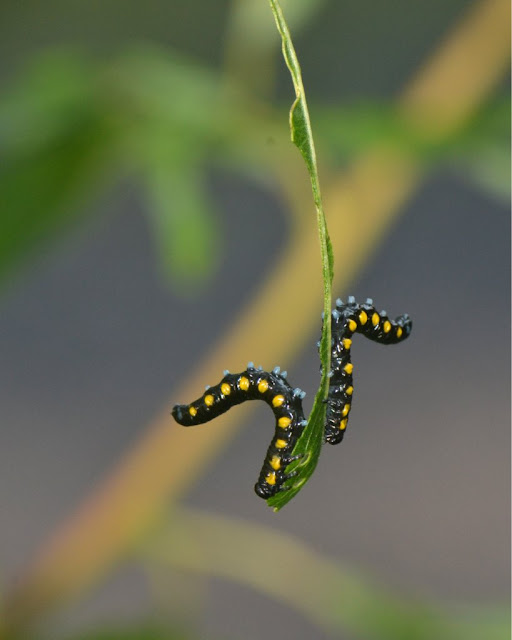 Again... it is their rear-ends that the larvae are waving in the air (as if to be offensive).  Sometimes they will wave excrement around while taking this posture.  I suppose this may act as a deterrent in combination with their defensive maneuvers. 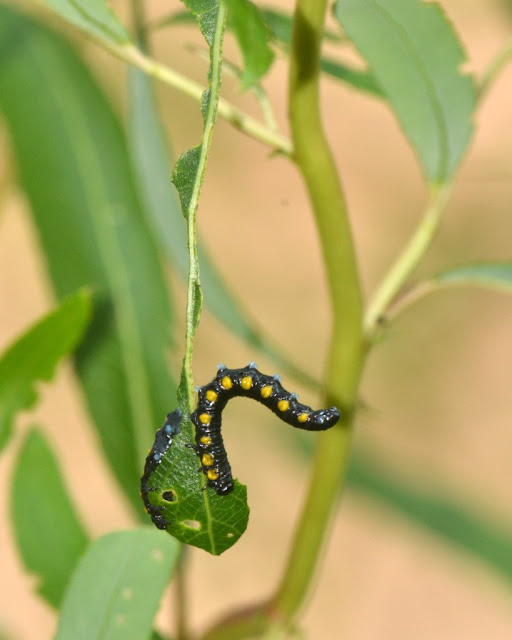 These Willow Sawfly larvae attacked the Curly Willow (the bush directly behind the large hewn stones) in our landscape island back in June. 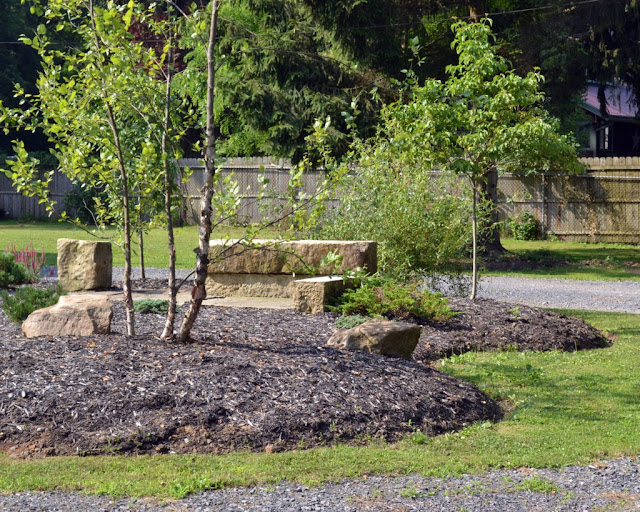 For awhile I was worried they would strip most of the foliage off the willow, but then I noticed their numbers were dwindling rapidly.  I watched the willow for the cause of the disappearing sawfly larvae.  Sure enough, several species of paper wasps were prowling among the willow branches.  I even witnessed a paper wasp attack a sawfly larva and haul it off! (I sent one of the kids running for the camera but that drama was over long before it arrived.)
There were other predators among the willow branches as well.  Here is a photo of the last Willow Sawfly on our willow... victim of some kind of assassin bugs. This time of year the Willow Sawfly larvae mature and drop off to pupate in the ground, so I dug up a good-sized area under the willow just to be certain that wasn't the cause of their complete disappearance.  I found no pupal cases. Since I saw sawfly larva a few days ago on willows along another river, I'm fairly certain the population of sawfly larvae in our willow were decimated by the paper wasps and other predators.
Maybe I missed the pupal cases... if so, there will probably be more of the sawfly larvae attacking our willow with a vengeance later this summer.  That's because these sawflies can have more than one generation per year.
Perhaps if they come back, I may be able to snap a photo of a paper wasp hunting caterpillars.
Posted by Dana at 7/02/2012