More About The Natural Jack O'lantern

We looked out the window the other day and saw this striking likeness to a jack o'lantern face. 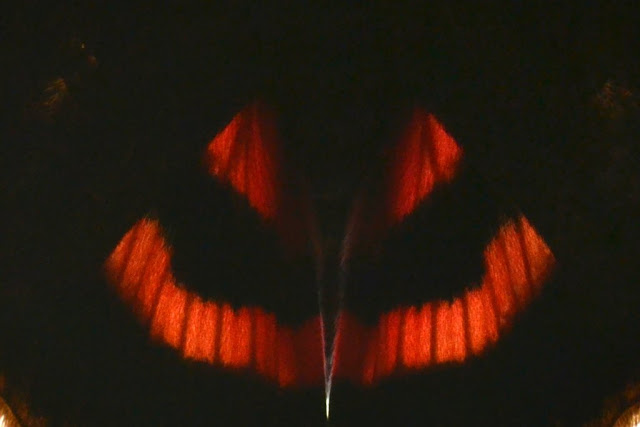 This natural jack o'lantern face was a result of the orange markings on the wings of an underwing moth silhouetted against the window screen. 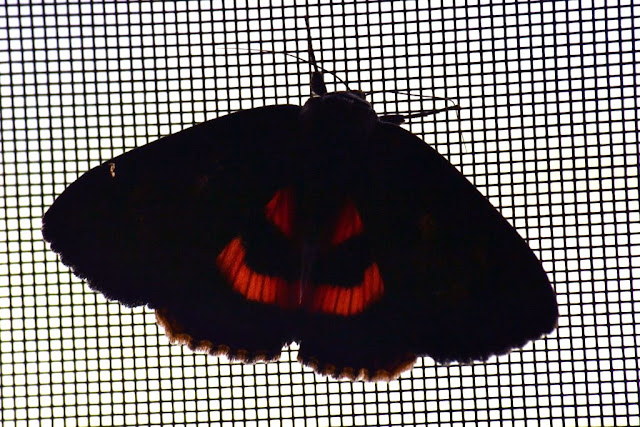 Normally, the underwing moths are drab and well camouflaged... 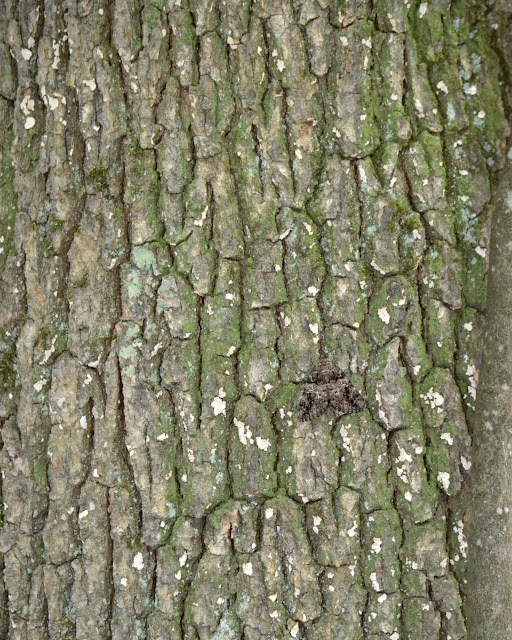 ... but when threatened, or about to fly, it opens its wings... exposing those bright orange markings.  In the photo below, the slight glow of some orange is visible between the slightly parted wings of the underwing moth. 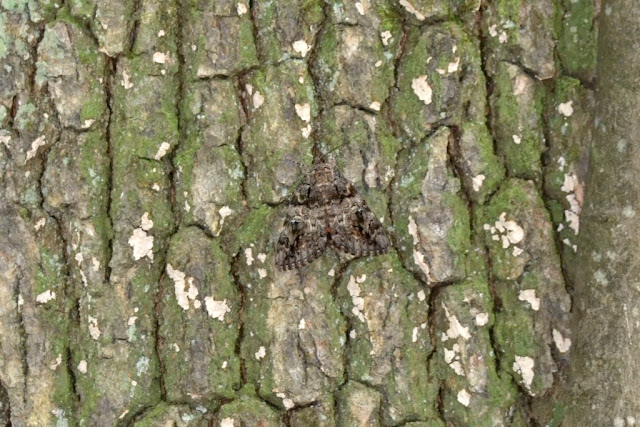 I can imagine a hungry or curious critter approaching that inconspicuous moth outline would be very surprised when suddenly confronted by that striking jack o'lantern face.  The effect would be startling... and, I suspect, an effective get-away strategy.