What Lives In A Waterfall? Part III

Net-spinning caddisfly larvae really like living on the edge... crowded up at the edge of the waterfall almost as if they rejoice in the noisy torrent of water rushing over their tiny nets.  Crowded... like people watching Niagara Falls. 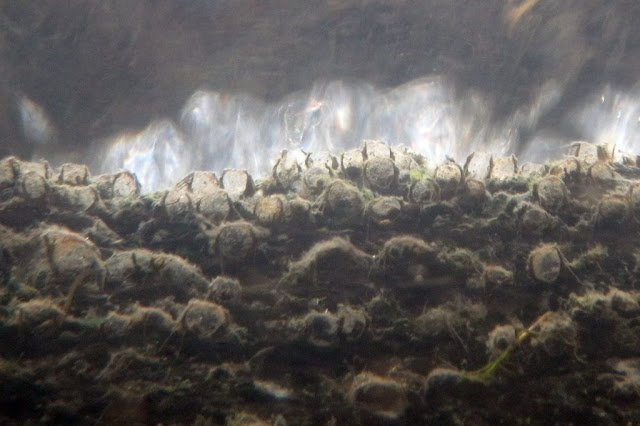 Net-spinning caddisfly larvae (Hydropsyche spp) spin fingernail-sized nets with underwater silk.  The fine mesh webs function as collectors, filtering food materials from the water such as FPOM (fine particulate organic matter) some of which originated from the leaves that fell into a stream. 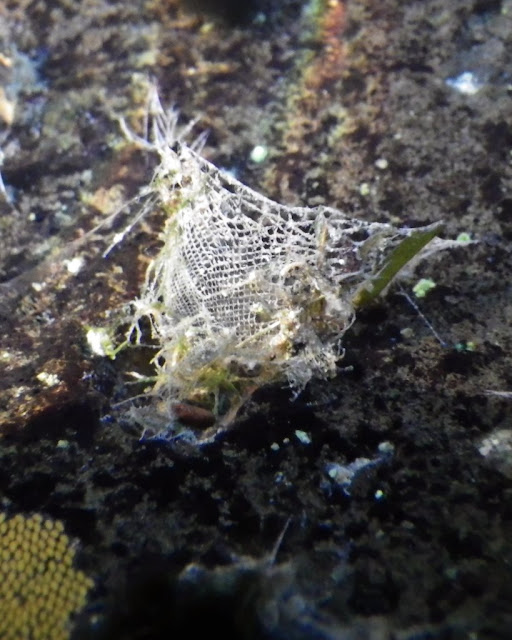 The nets are held upright and open with pieces of vegetation incorporated into the opening like tent poles. 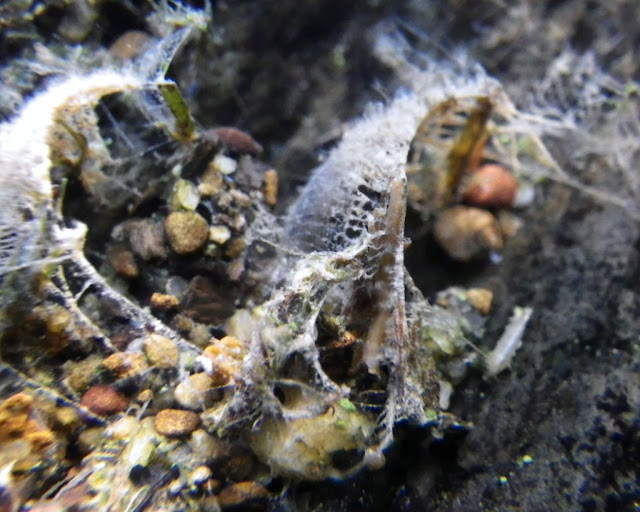 Those "tent poles" are held in place with strands of silk acting as guy-wires. Think of the engineering abilities programed into these tiny larvae! 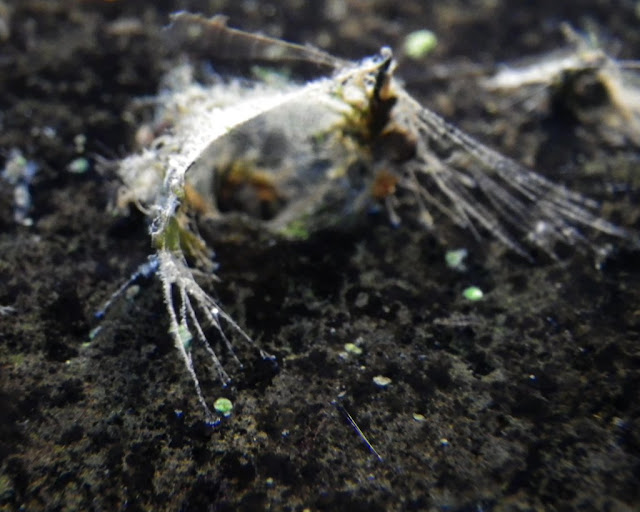 I'm amazed how the small silk nets can stand there given the strong currents where they are erected. Wouldn't it be fun to watch a caddisfly larva spin its underwater web and erect those guyed poles? 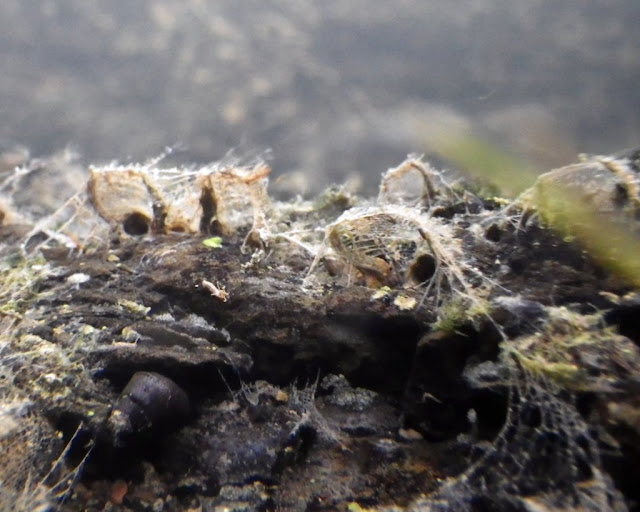 The net-spinning caddisfly larvae reside in the holes at the back of their nets.  They emerge from their silken retreats to tend to, and feed from their nets
The larvae are not very pretty, but are well designed for their unique lifestyle. 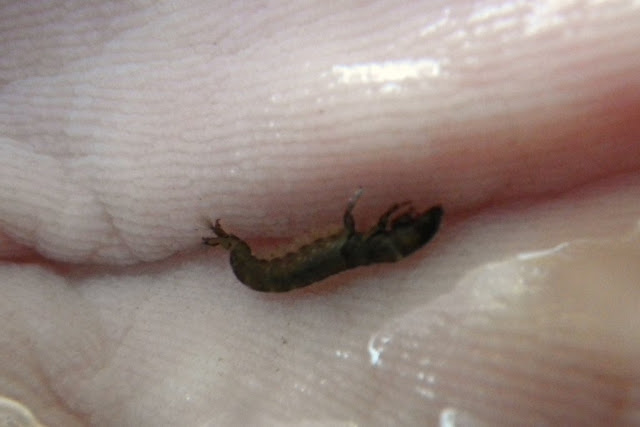 In the photo below a caddisfly larva is tending its net (on the left). 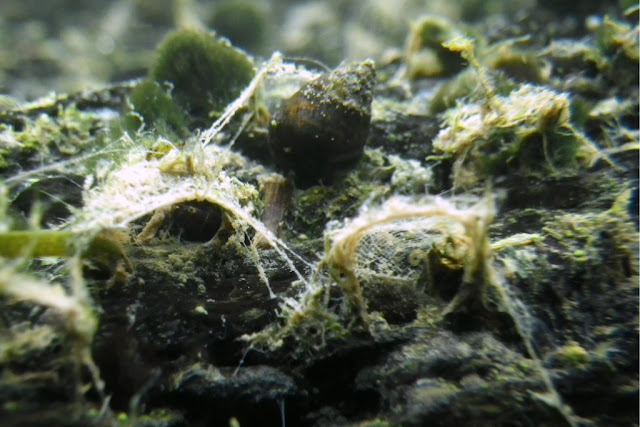 Here's a view looking straight down on a falls where the caddisfly larvae have spun their silk nets right on the very edge.  Interestingly, in this photo you can also see some caddisfly larvae tending their nets. 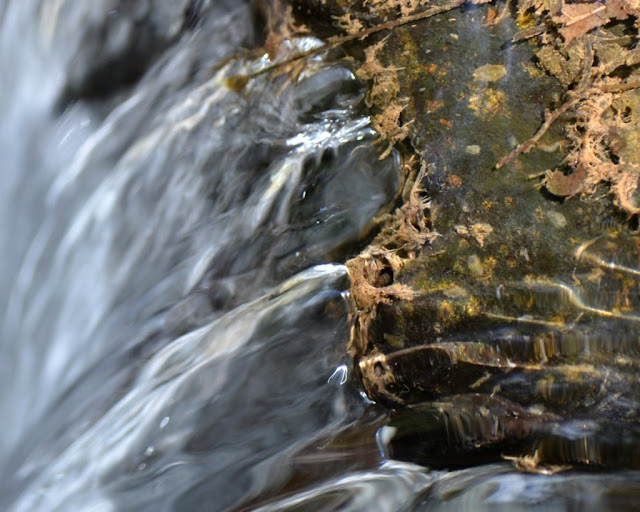 Whenever I would place my underwater digital camera near enough to snap a close-up photo of the larvae they would back into the depths of their silk retreats.
Personally, I think the silk nets add to the underwater scenery. 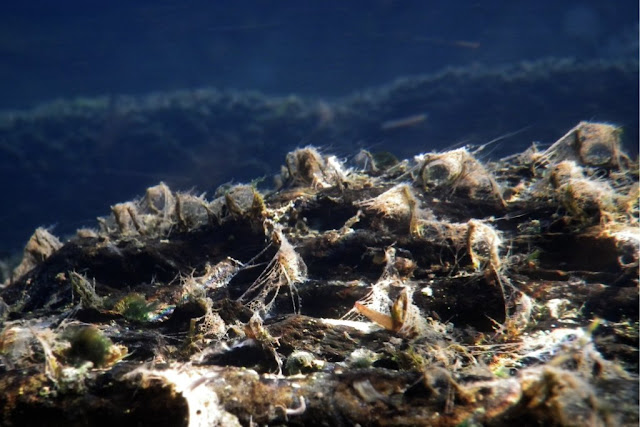 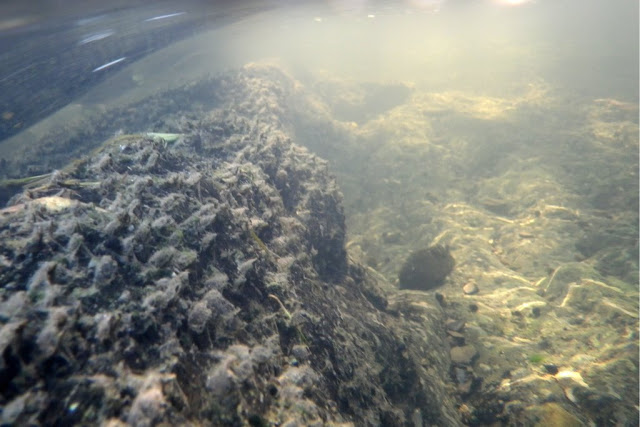 The net-spinning caddisfly larvae also populate the river's riffles... like so many tents in a busy campground. 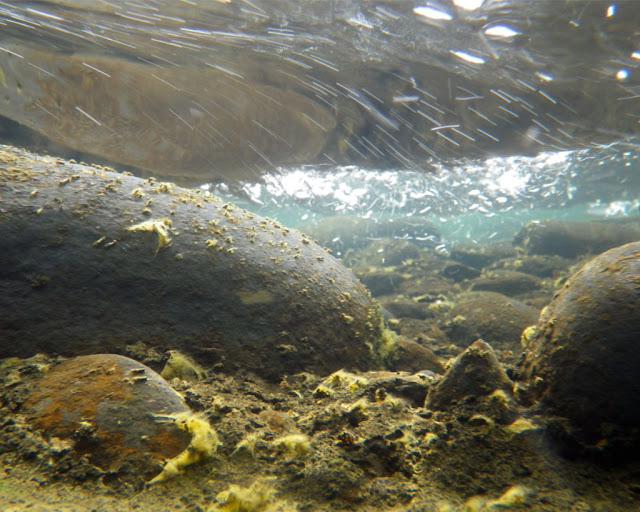 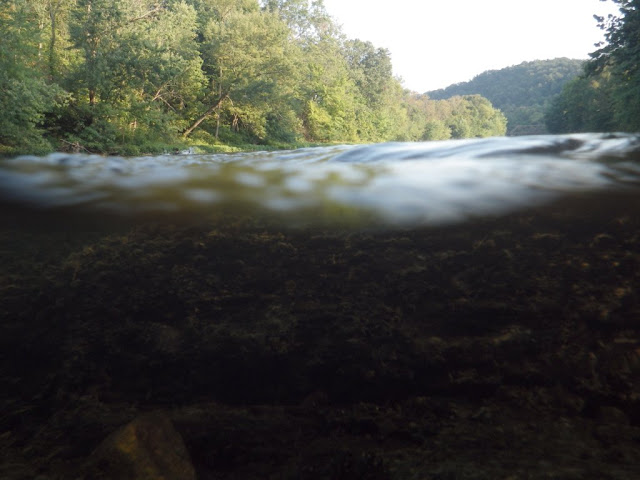 I started this series of posts asking the boys, "What lives in a waterfall?"
I doubt they'll forget the crowds of silk nets at the falls and in the swift water.