This summer's low water is gone... now that the big storm, Sandy, has hit the area with lots of rain.  With the rising water, the lowest stream terraces will be submerged, and so will the ubiquitous pattern of the imbricated stream rocks that line the stream banks. 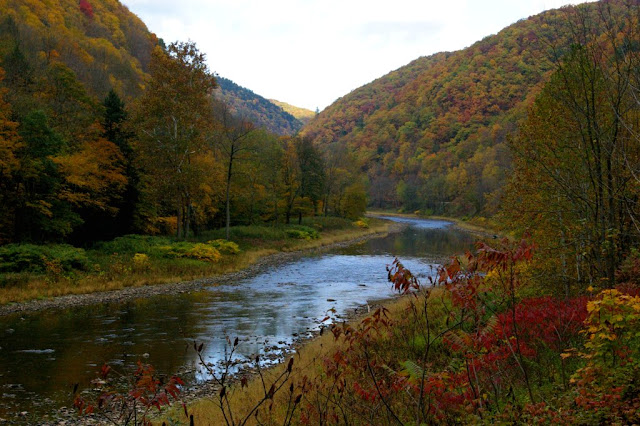 This natural texture of the stream substrate is commonplace, unless the rocks are moved around by other causes, such as boys looking for aquatic life. 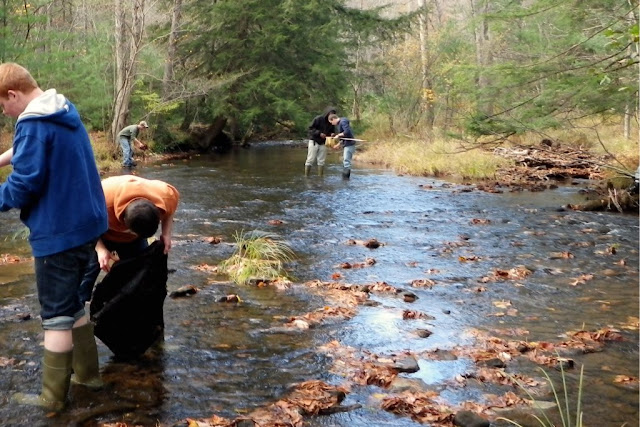 Imbricated stream rocks are inclined toward the upstream side and stacked on the backs of the downstream rocks... somewhat like fish scales.
In this photo the current is from the left. 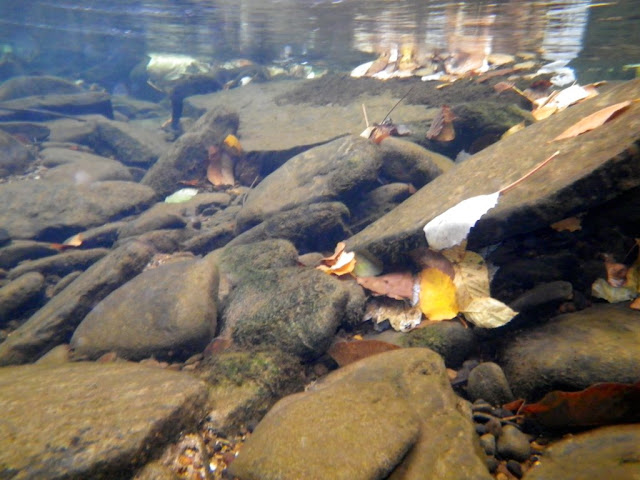 The other day, as I was stream walking, the afternoon sunlight accentuated the texture of the imbricated rocks.  I snapped a few shots.  The upstream side is to the right. 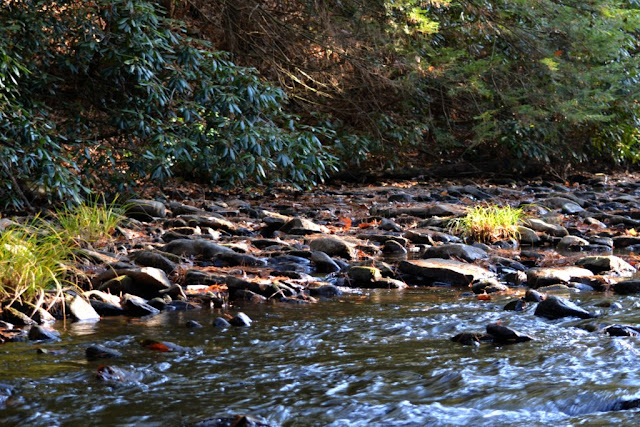 You can see the rocks are all tilted the same direction... with their flat sides dipping upstream. 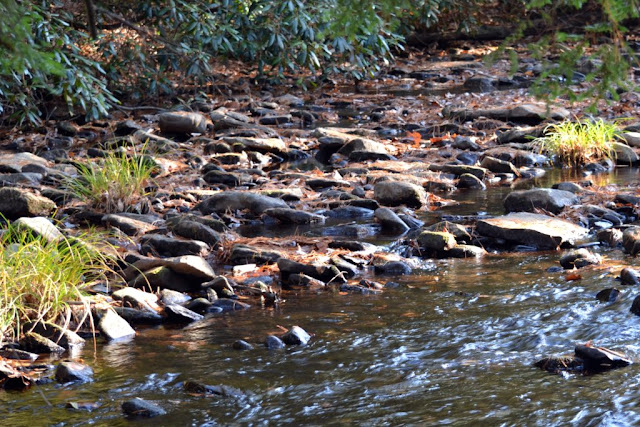 This is the most stable position for platy rocks in stream flow. 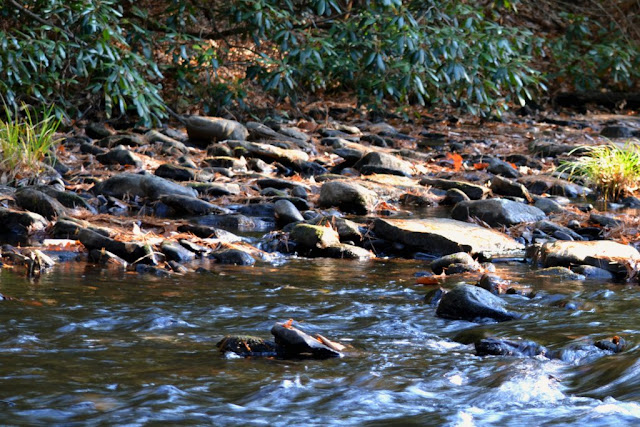 I looked through my files and found some photos where imbricated rocks happen to be visible.
This photo of a waterfall shows a definite pattern in the rocks surrounding the plunge pool. 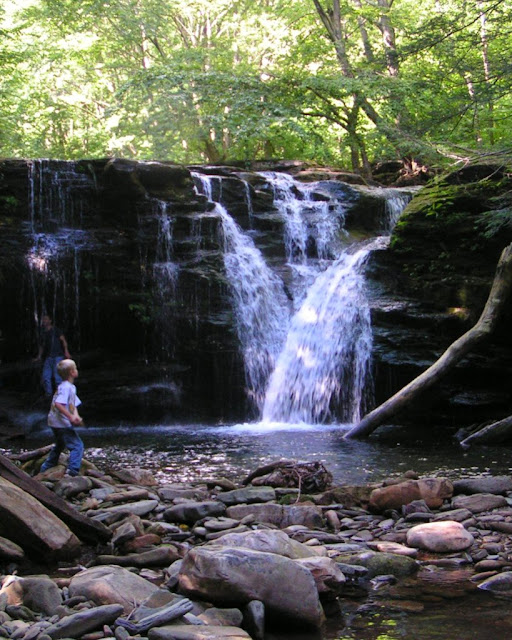 Here the rocks are mostly submerged, but with the knowledge of this stream process, you can see that the rocks are inclined basinward. 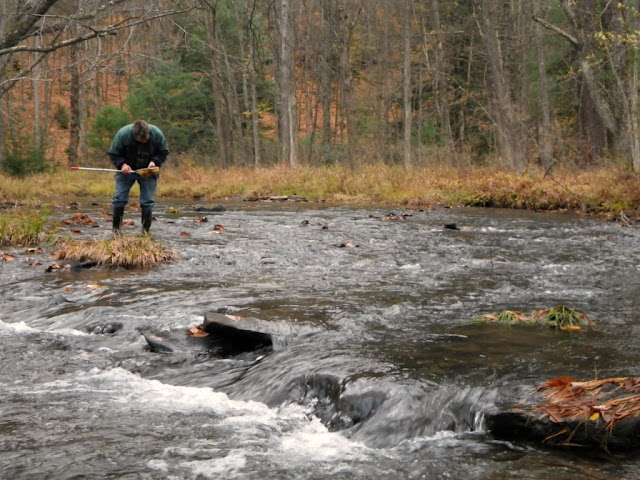 Here is a photo of a stream bed with a little water trickling among the imbricated rocks.   It would take a much higher flow to mobilize the bed load in this streambed. 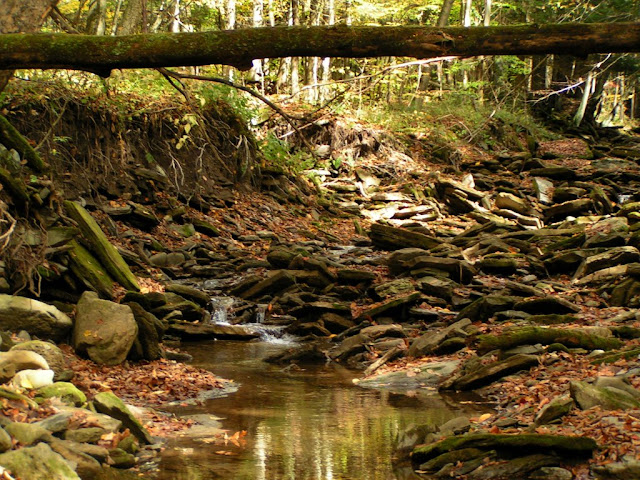 Have you ever stood by a roaring, flooded stream and heard the clunking and booming of rocks as they were rolled along?  The sound of bedload transport in a rocky, mountain stream is an unforgettable sound.
I suspect Hurricane Sandy will rearrange the bed load of our streams and rivers around here.  She'll probably "re-imbricate" some rocks that have been moved around by people and things other than stream processes. 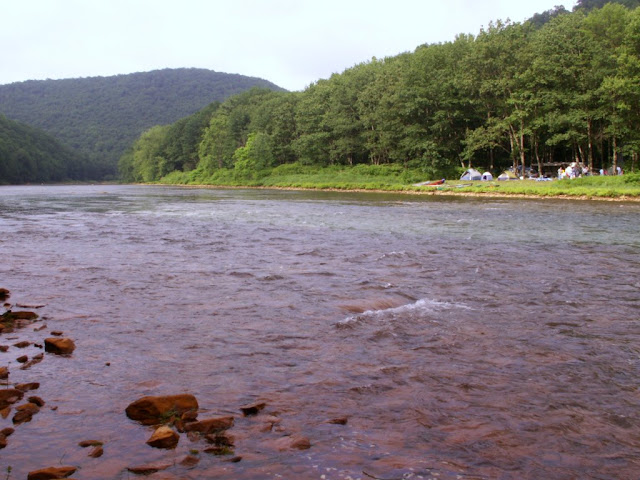 Even if the imbricated rocks are mostly submerged, we know they are there!
Posted by Dana at 10/29/2012