What happens in that lump of mud after a Black-and-yellow Mud Dauber Wasp fills her mud nest with paralyzed spiders? 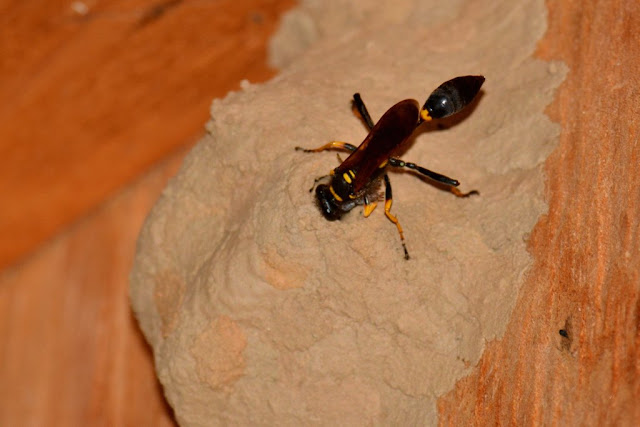 Here is a photo of a cut-away of one cell of the mud dauber's nest.  This cell was stuffed full with 16 spiders. 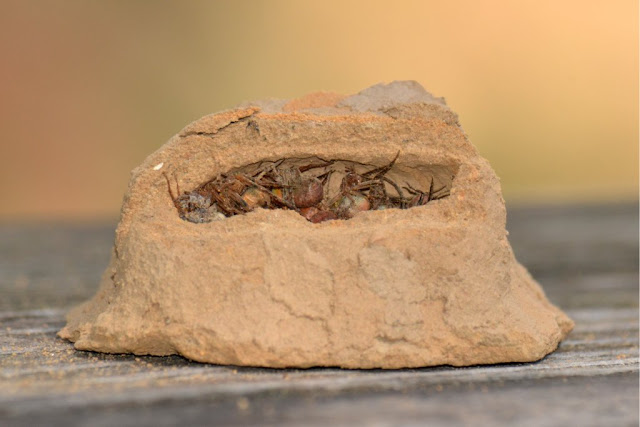 The wasp had deposited an egg in that cell with the sixteen spiders.  Here is a photo of the wasp grub working on eating its first spider. 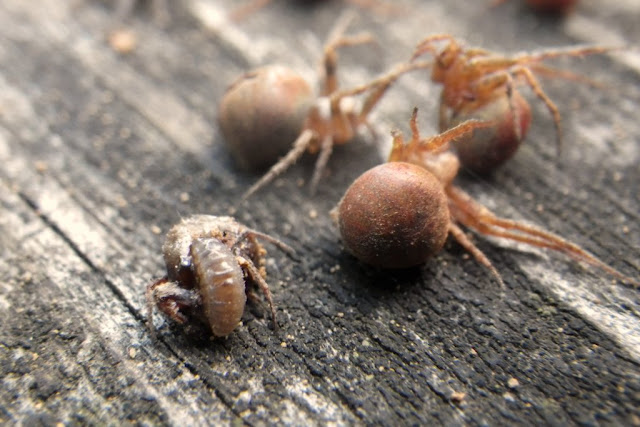 Here, the next cell is cross-sectioned, and the grub in residence has reduced its stash of spiders to a collection of spider legs. 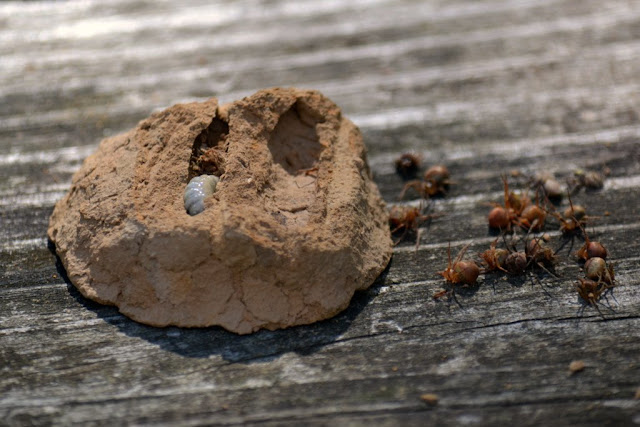 Here's a photo the same mud cell from a different angle. 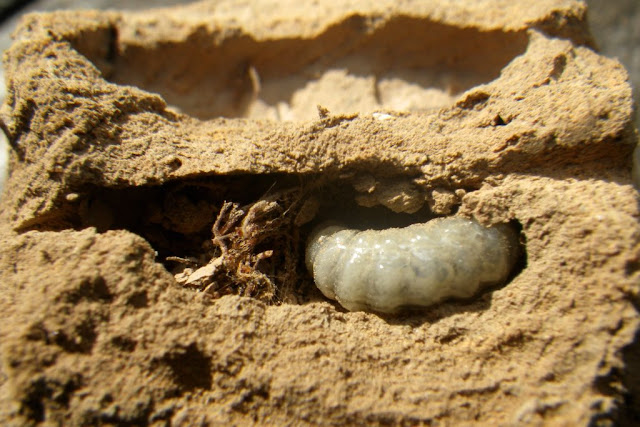 I emptied out this particular cell and here is the cell's complete contents... what was a whole bunch of spiders is now the larva of a Black-and-yellow Mud Dauber Wasp. 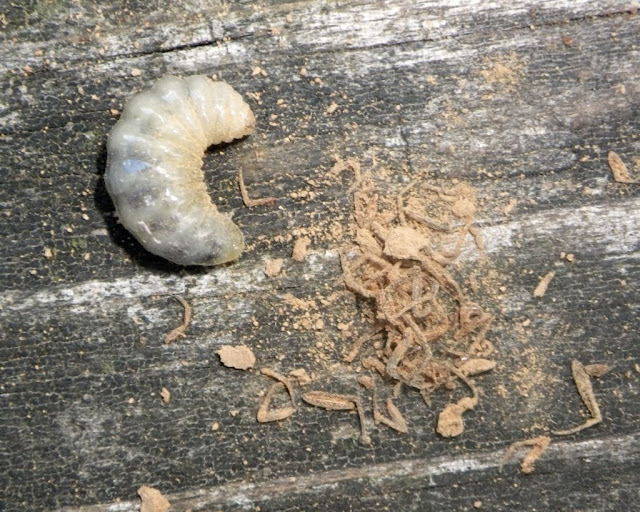 In another cell, the rather large larva was feeding on one of its spiders. 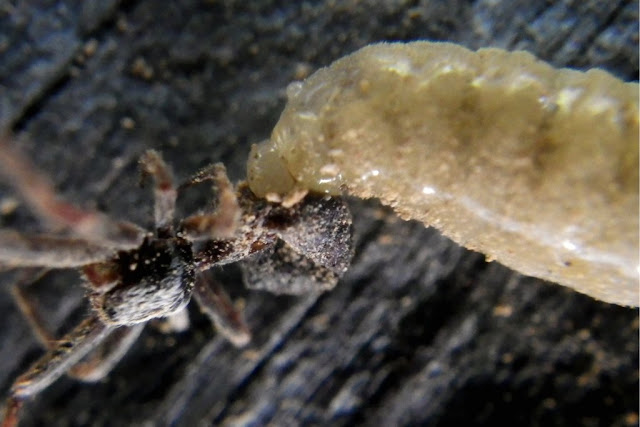 Another cell contained spider remnants and a pupated wasp larva. 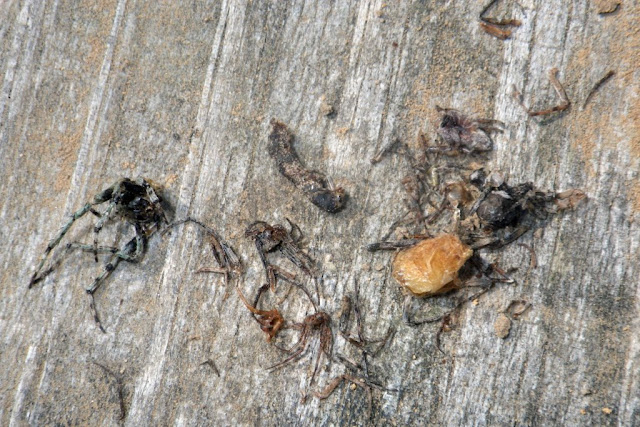 All told, there were seven separate cell stacked log-pile style in this lump of mud.  In the photo below, I emptied the contents of four cells -each in their own pile - and left the contents of three cells in place.  Keep in mind, each cell was built, filled, and then sealed, which is why the mud wasp nest shows these various stages of development 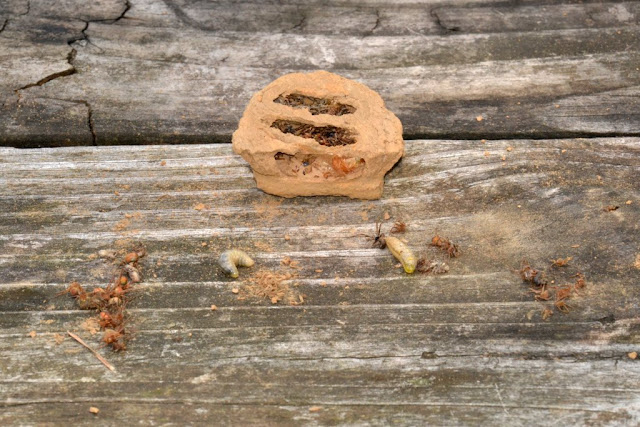 It's almost a cryin' shame that I destroyed that mud wasp's hard work, eh?  Oh well, there are plenty more of those mud lumps on the walls and ceilings of our shed... so there will be plenty of Black-and-yellow Mud Dauber Wasps to go spider hunting next summer.

Up next: A Mud Wasp Went Spider Hunting.
See also the mud wasp nest in early stages of construction
and Part II of Mud Dauber Wasp Nest
Posted by Dana at 10/04/2012