Seek no further, there's a Nature Post around here somewhere

I took this ugly photo of a fencerow corner because I saw a Nature Post here. 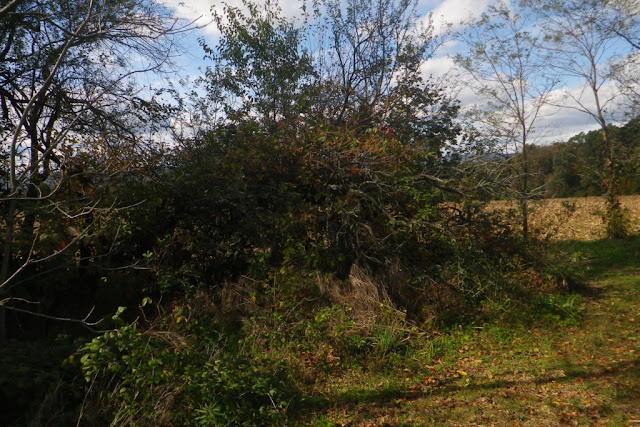 The main focus of this picture is an overgrown hulk of a fallen apple tree.  This dead tree is obscured by a growth of vines, weeds, and saplings.  Since I was right there, I could examine the tree from different angles and see through all the extras to better determine what I was looking at.  A photograph doesn't allow a person to do that.  Therefore, in order to strip away the peripheral vegetation and to illustrate what I saw beneath the overgrowth, I sketched our subject. 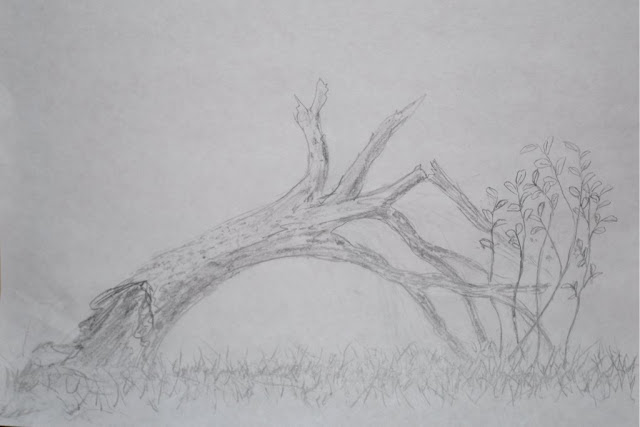 I normally use my camera for my nature observations, but it was kinda fun to dust off the sketch book. I guess this could look like a page from a nature journal.
This next photo is taken from the other side of the downed apple tree.  Notice the dark, dead branches of the tree and a few apple saplings growing at the far left. (far right in the sketch). 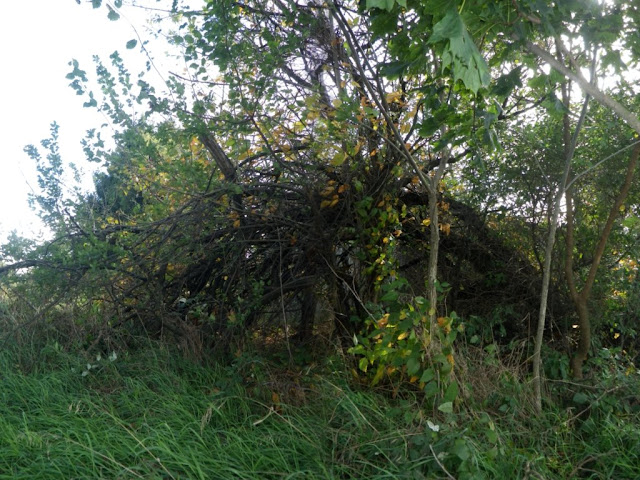 Eric Sloane described a "Seek-no-further" apple tree which was about like this one. 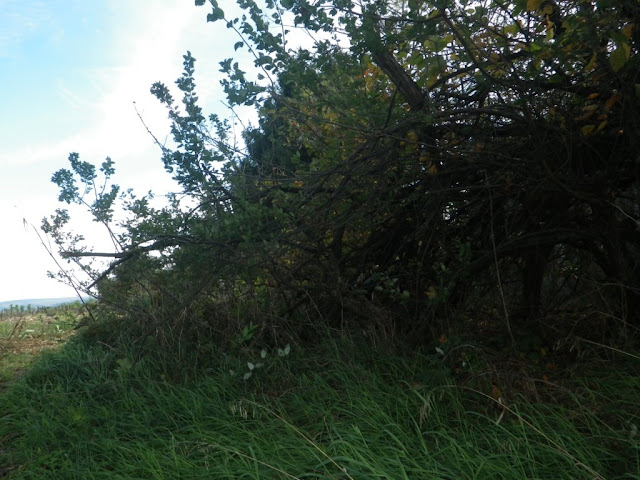 He says, on page 41 of  A Reverence for Wood

,  "Resting on a bed of leaves and young shoots was the hulk of an old apple tree well over three feet in diameter.  It had fallen from old age, yet some of the branches which were still living when the old tree fell had struck into the ground and miraculously taken root to become offspring of the parent tree". 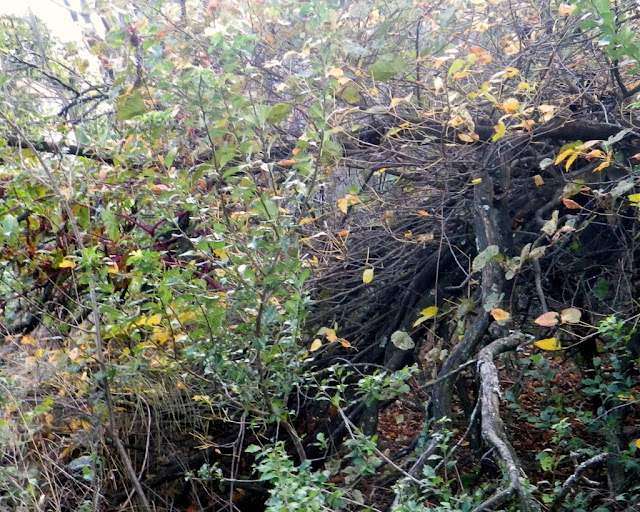 Eric Sloane continued to describe a tree similar to the one pictured here by saying,  "As the fallen trunk decayed, new apple saplings had rooted all about it, giving the appearance of a family gathered around a dead giant on his bier,  The old tree had dug its branches like fingers into the earth, a strange and striking sequence of resurrection."   Well said! 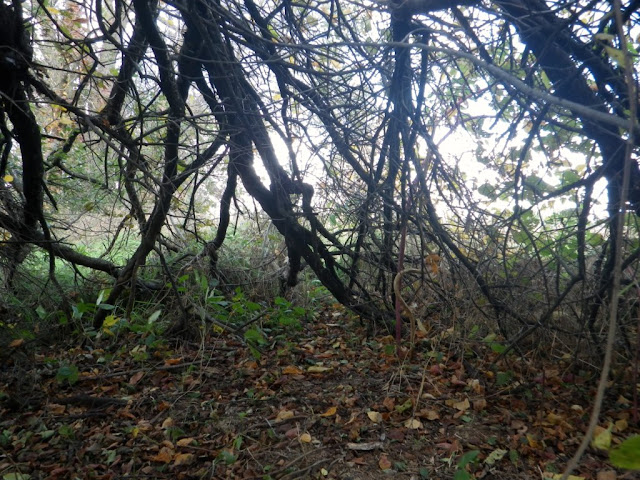 This is just an ugly, overgrown, dead apple tree in the corner of a fencerow, but, I thought it was worth appreciating the tenacity of the tree.
Besides, I too, have a reverence for wood... and trees.