Some Mourning Doves stopped by to visit our bird feeder but settled with eating snow.
I don't think the boldness of the Chickadees and Cardinals kept the doves from the feeder... the doves were just thirsty. 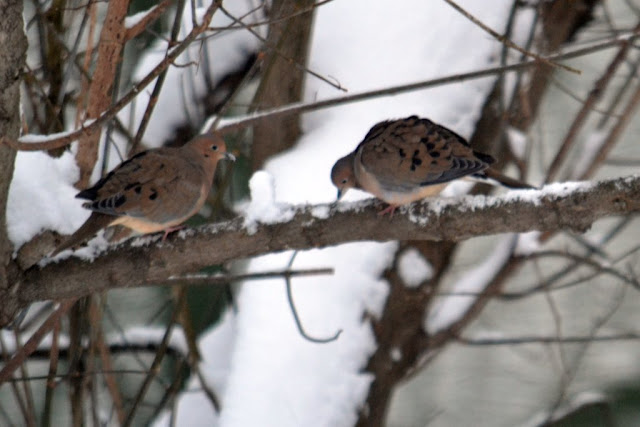 Now, birds eating snow to quench their thirst is nothing new, but it is the first time I caught it on camera.  I was also pleased to see the snow-eating birds because not long before I spotted them I saw the boys licking snow from their mittens. 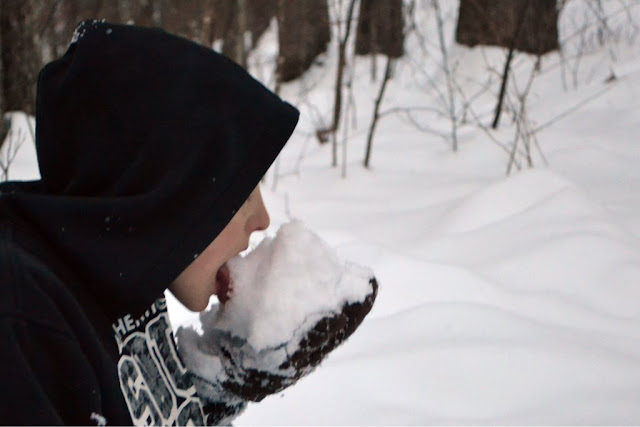 We were shoveling snow from the driveway and there were observations like, "It looks like we are shoveling powdered sugar",  and, "... fluffy, good-tasting snow".
Oh, you probably remember taking a lick of snow from your mitten... and the tingle of the cold, melting snow on your lips, cheeks, and the tip of your nose.  If so, you can relate to the left dove in the photo below.  Somehow the snow clings to other places besides the tongue. 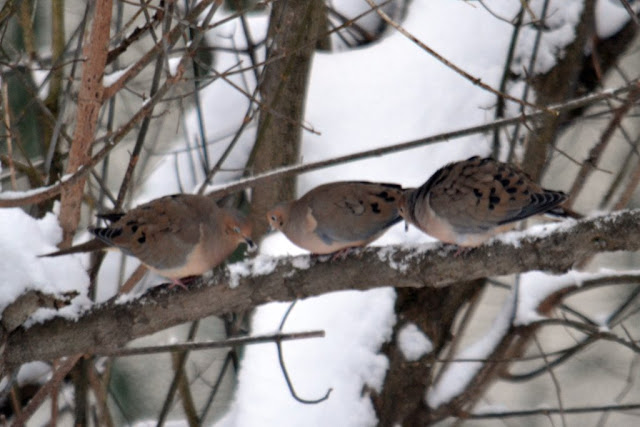 I will say that it is a bit odd that the birds were eating snow instead of drinking water since the river is right there in the background of the picture.   Some of the doves did flutter down to the river, but I suspect the deep snow hindered their efforts of getting a drink for they were soon back to eating snow off of the branches. 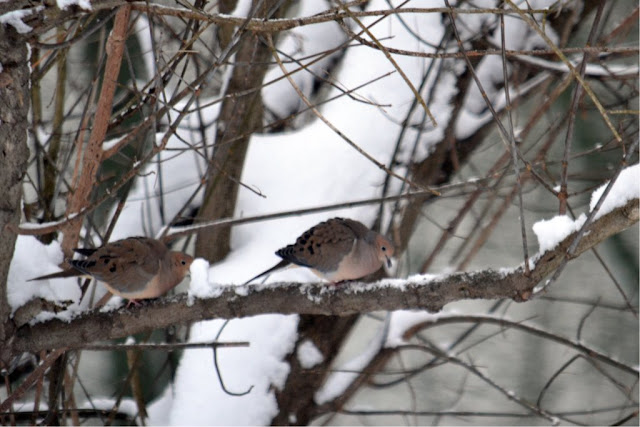 Snow, a cool, refreshing drink?
At least if you have plenty of food to digest to use to make the heat to melt the snow.
Posted by Dana at 12/30/2012