We recently had great fun following Bobcat footprints through the snow.  Along the way we saw some beautiful, rugged country.  We saw some really neat things... including Fisher tracks.  Of course, we enjoyed observing the habits of the Bobcat that were recorded in the snow.
Hike along as we follow the Bobcat. 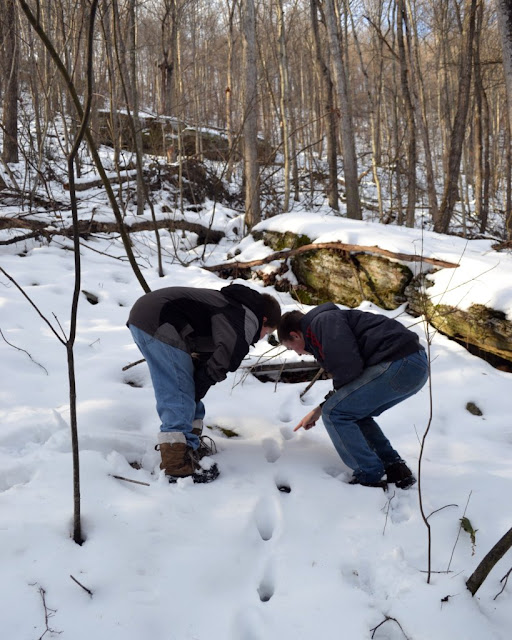 We figured (and figured right) that the Bobcat would head for that rock ledge up the mountain.
In true wildcat style, the bobcat walked up these fallen trees rather than bypass them. 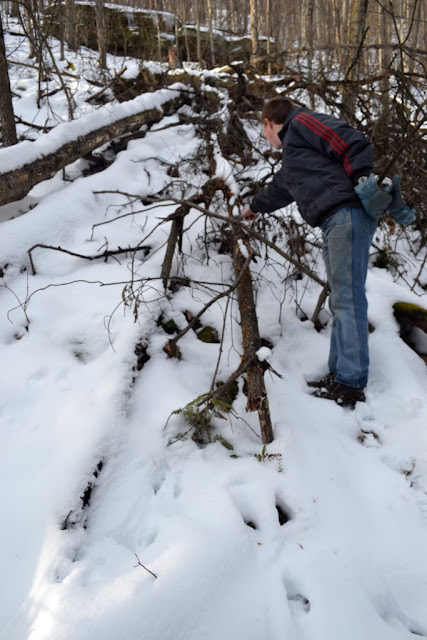 The Bobcat walked up this blow-down on the right, crossed over on the big branch, and then went up the main stem of the (left) fallen log. 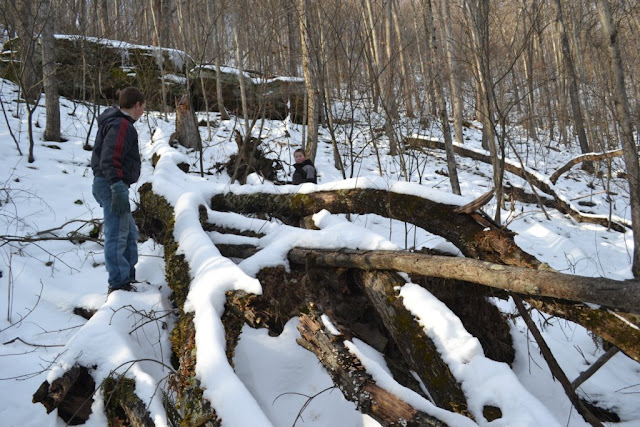 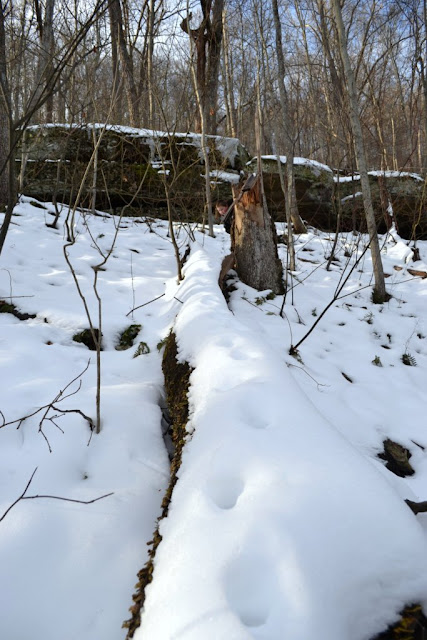 Investigating rocky ledges is another habit of bobcats. 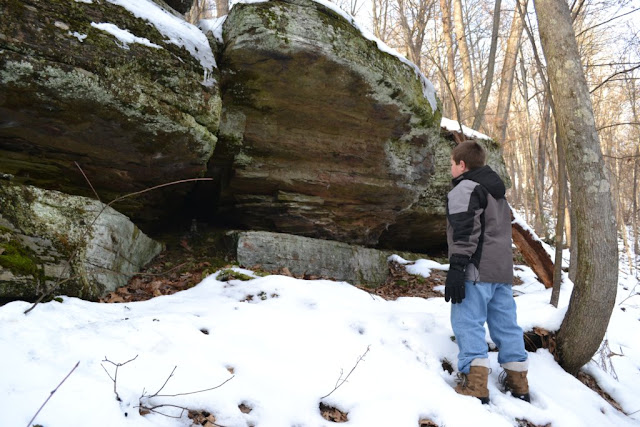 We have seen alot of Bobcat sign here at this rock outcrop in the past.
The Bobcat left the big rock ledge and continued up the mountainside to the next rock ledges. 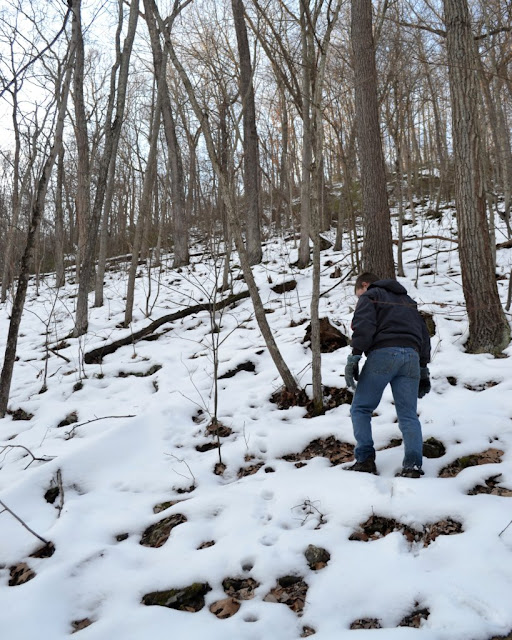 At the base of those ledges, some fresher tracks came along and went basically the same direction as the tracks we were following. 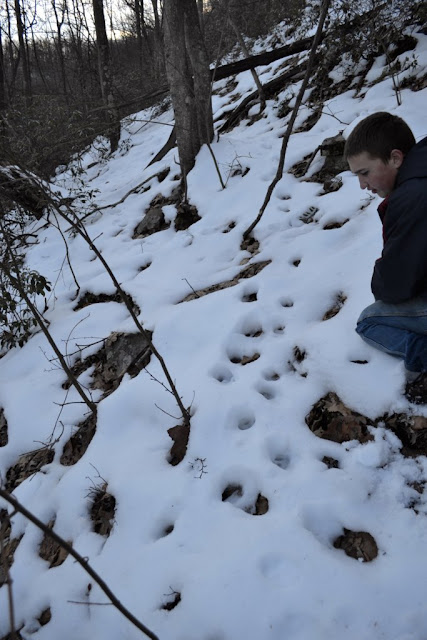 One of the Bobcats went down this fallen tree trunk. 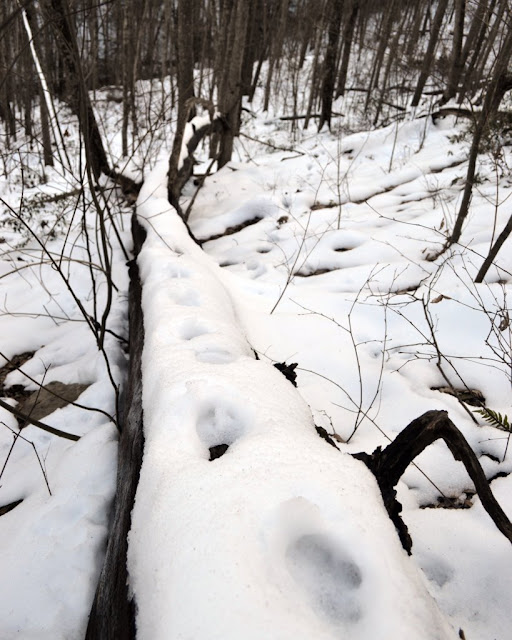 Then it went directly over to another fallen log and walked its length. 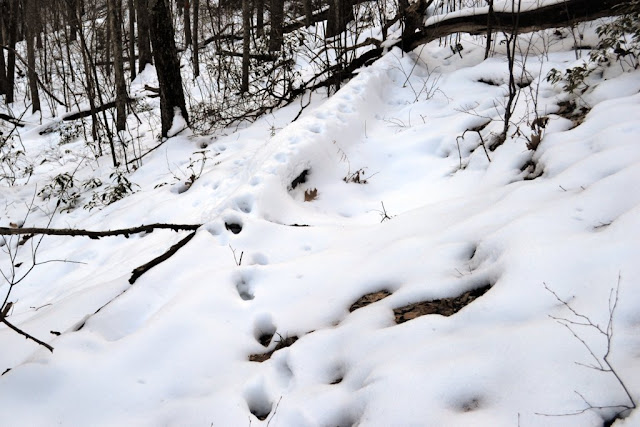 Next the Bobcat went over a mound of soil from an uprooted tree. 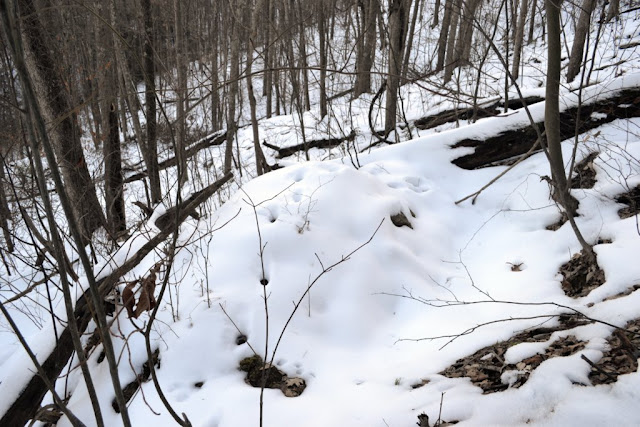 At the far side of the mound the Bobcat jumped the dip.  It made two bounds before resuming its stride. 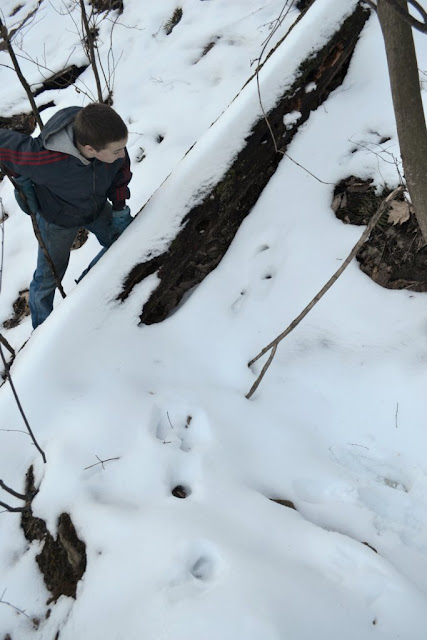 Here is a photo of the Bobcat tracks when it hunkered down to make the jump. 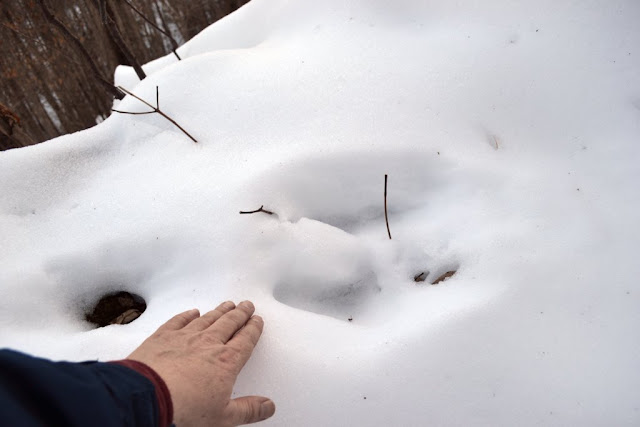 We found numerous animal tracks on a rock outcrop.  The Bobcats and other animals ran all over the various ledges of this platy sandstone outcrop. 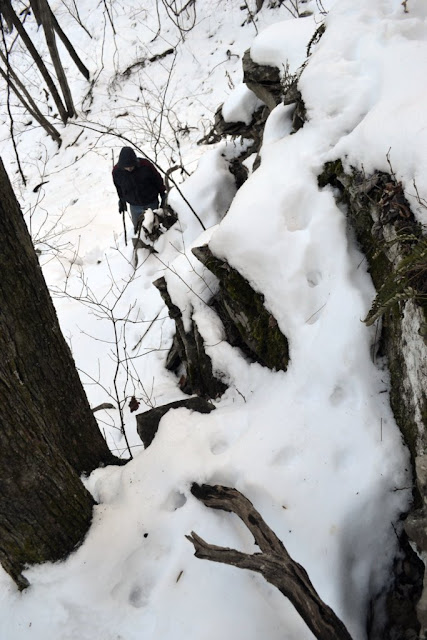 There is a scree slope beside the rock outcrop that probably adds to the area's attractiveness to the Bobcats.  By the amount of activity in this particular area, we could say that this is Bobcat country. 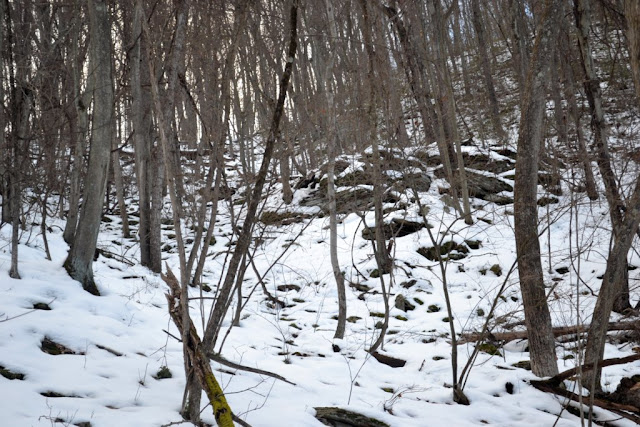 We didn't expect to follow the Bobcat tracks until we found it... not in this rugged country... we did anticipate finding some great stuff.  We did find plenty, eh?
We paused from our tracking to explore an iced-over rock shelter... that's a story in itself for another time. 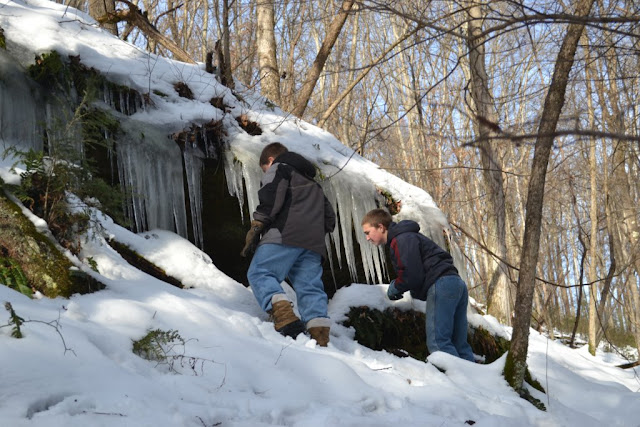 We were also sidetracked when we came across some Fisher tracks.  Now that's exciting because fishers aren't commonplace here in North-central Pennsylvania!  I'm sure you know what we did.  We turned aside from the trail of the Bobcat and followed the Fisher's tracks through the snow.
Wouldn't it be great if we could trail the Fisher until we find something really neat? 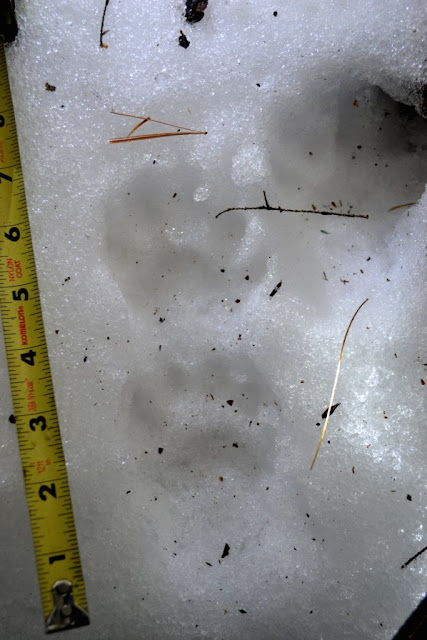 Yes, I reckon it would be great.
Great exercise, great experience, great views, great education..
Want to hike along when we follow the Fisher tracks?  See my next post.
Posted by Dana at 1/11/2013