A Spring Of Life In A Winter Woods, Part Two

Right in the midst of the silent forest - a forest muffled by snow and shut down by the cold - this boiling-sand spring is bustling with activity. 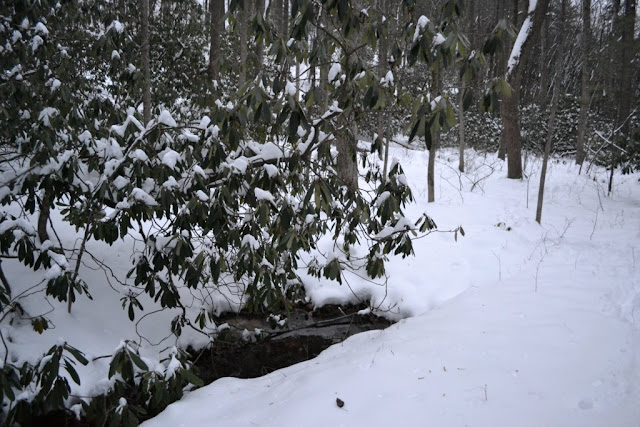 The liveliest things in the spring are the miniature underwater fountains of "boiling sand".   The spring water surfaces through loose sand at the head of the spring and makes these ever-changing sand boils. 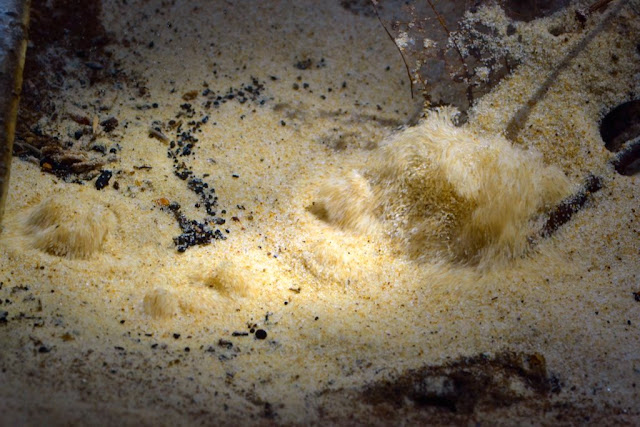 While watching the sand "boil", it doesn't take long before you notice the amphipods  - active little crustaceans - commonly called scuds.  The scuds are continuously zipping around exploring the spring.  Here is a photo of a scud peeking around the vein of a leaf. 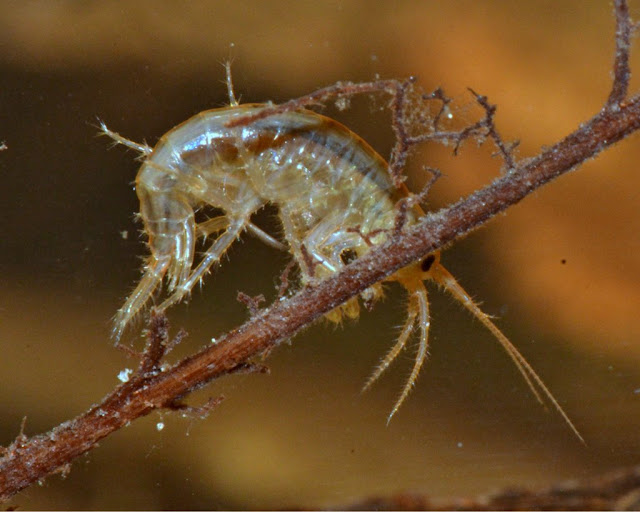 This photo of a scud shows a typical position... and, no, it's not dead... scuds commonly rest on their sides. 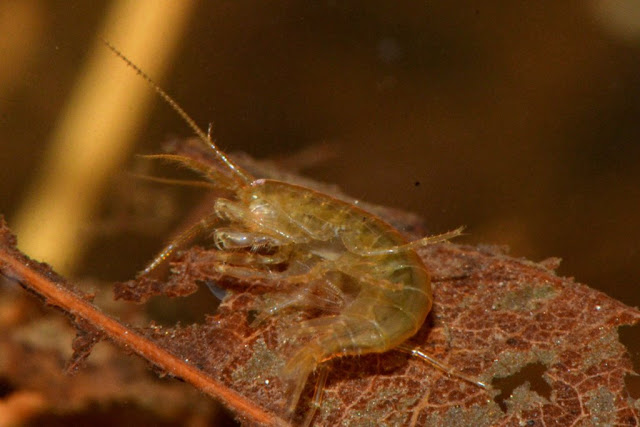 Scuds are called side-swimmers, for good reason, as they often swim that way.  The scuds can also scurry around the substrate on their sides. 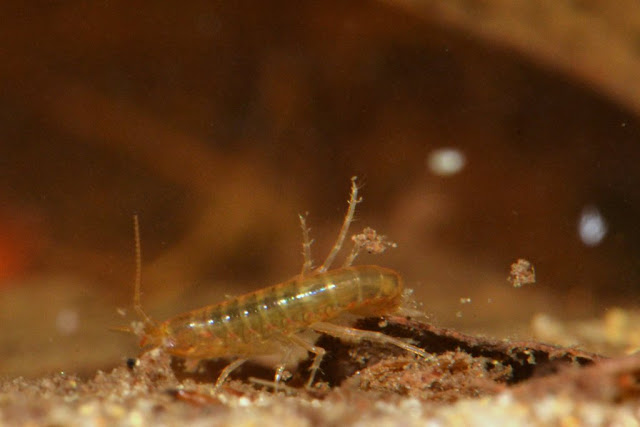 In fact, the scuds seem very comfortable in almost any orientation...vertical, horizontal, or even upside-down. 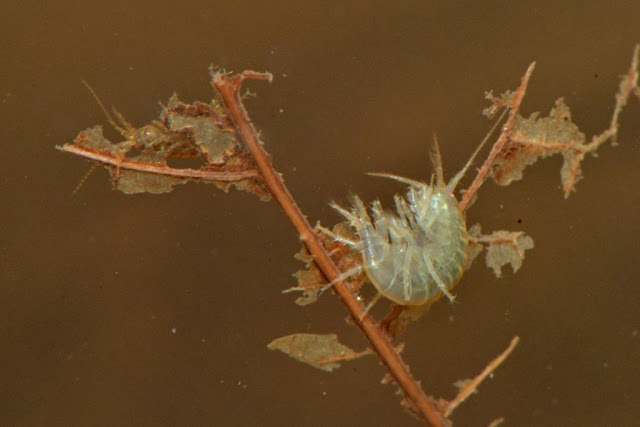 With all their exploring, scuds are sure to encounter other aquatic creatures. 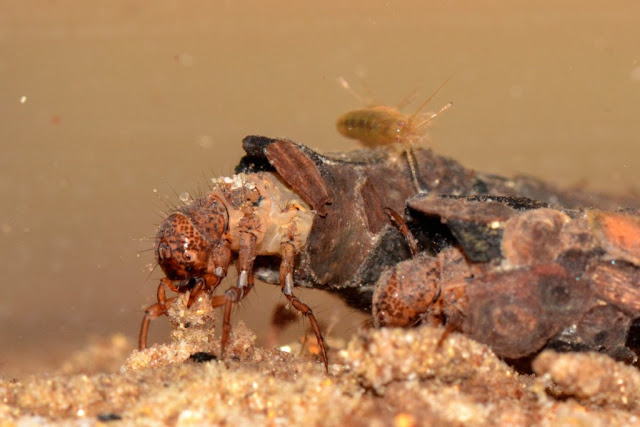 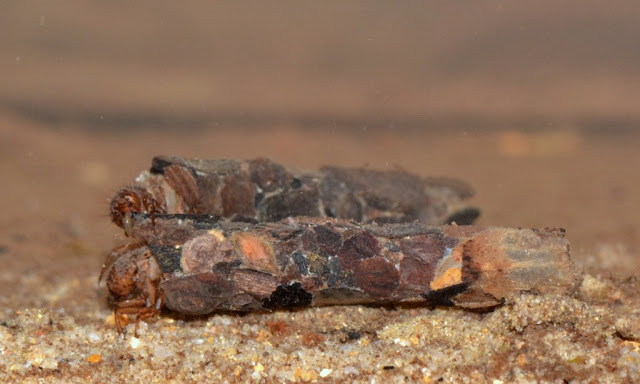 The caddisfly larvae that populate our boiling-spring are of the shredder variety. 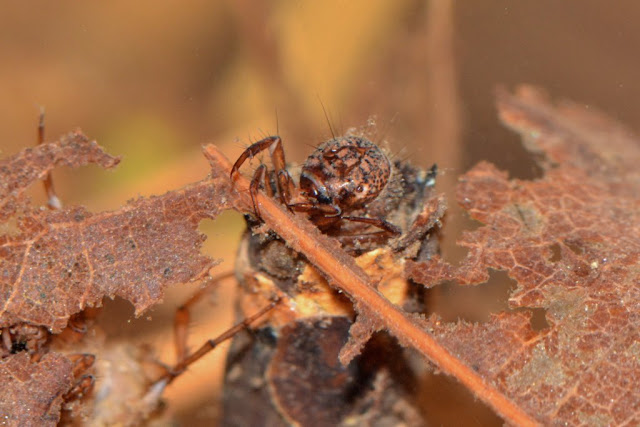 They eat leaves... from what I could see.  Fallen leaves that are decomposing and are microbially conditioned with bacteria, fungi, and diatoms. 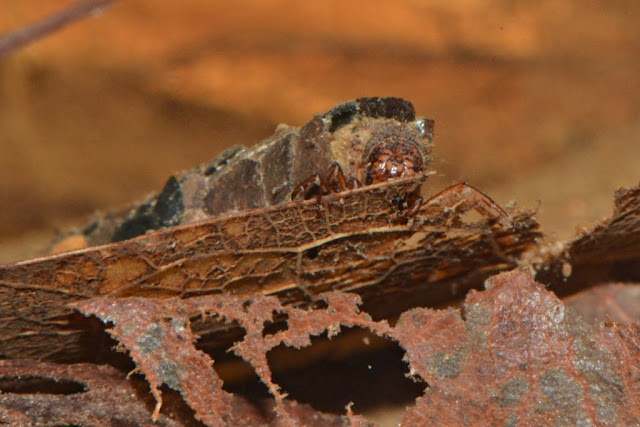 Another very common critter in this winter-bound spring is a small, free-living flatworm called a planaria.  Here is a photo of planarias thronging the sand boils 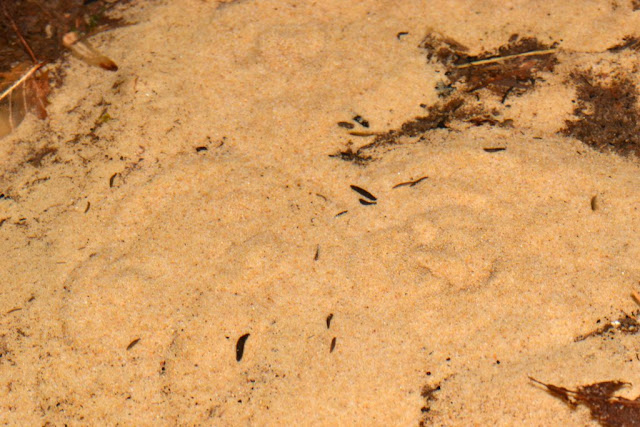 I wonder if they are feeding on small organisms around the sand boils or are they simply attracted to the current?
These flat, black worms have eye-spots and sensory organs on their heads which give them a unique look and make them interesting to watch... 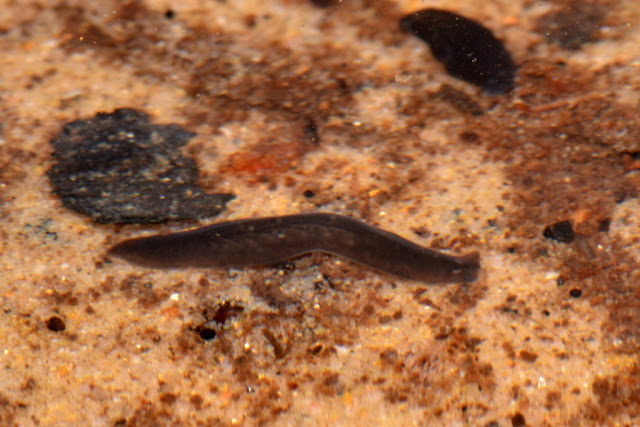 ... as they glide along with cilia-powered motion aided by a secreted roadbed of slime. 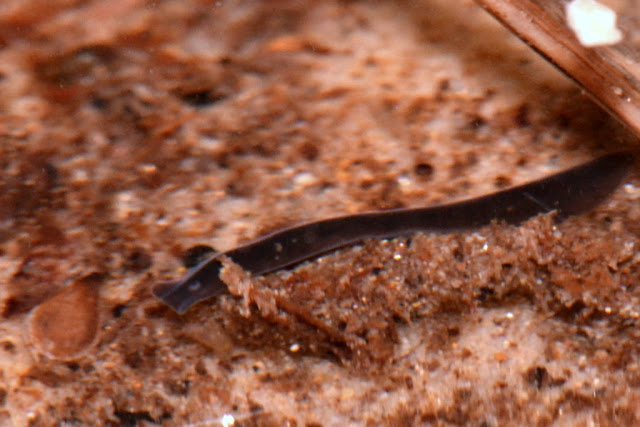 I mentioned larval Northern Spring Salamanders in my introductory post.  Here is a photo of a salamander larva that seems to be playing in a sand boil.  Perhaps it enjoys being sand-blasted. 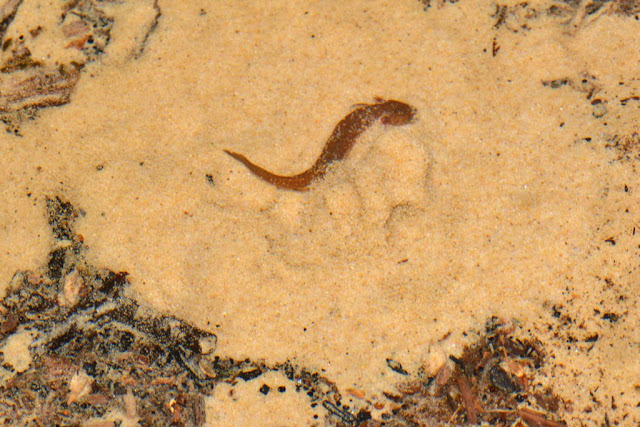 This next photo shows the salamander's external gills which are part of the aquatic stage of many salamander's life cycles.   I should qualify my identification of these salamander larvae... it's based solely on their resemblance to the Northern Spring Salamanders I've seen crossing the road. 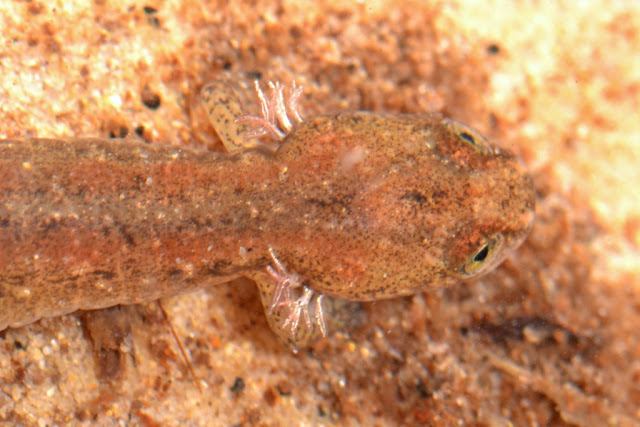 Notice the small size of this salamander larva. In the picture below, there is a cloud of sand spewing from a sand boil... grains of sand are sprinkling down on the salamander and they give some scale to the photo.  Also, on the left among the organic debris circling the sand boil, there is a scud which would measure about 1/4 of an inch.  Without measuring, I would say the salamander was about 1 1/2 to 2 inches long. 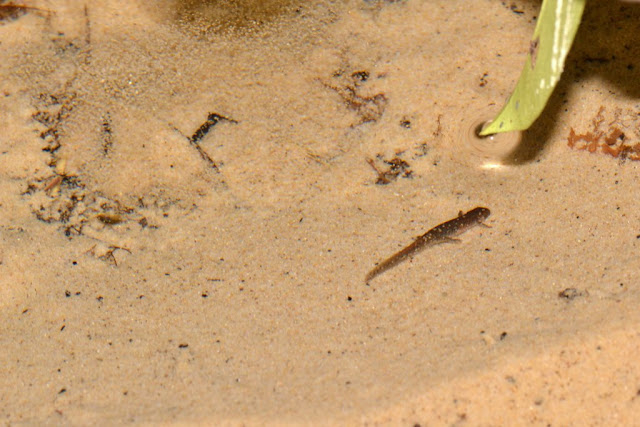 I could keep going with this overview of the aquatic life in my little winter-bound spring.  As an example... there are a few things in this frame of this one photo that I haven't covered yet. 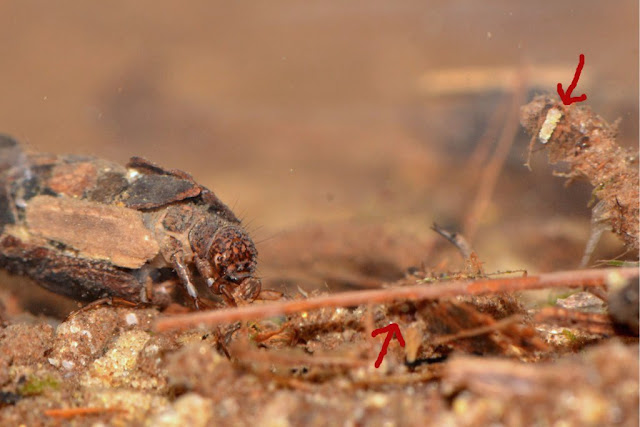 The lower arrow points to a tiny red head of a blood worm - a tube-building chironomid larva.  The upper arrow points to a very small caddisfly larva with a tube of small, white, sand-grains.  That minute caddisfly larva is crawling on one of the tubes of the chironomids.  The blurry white flecks in the background are copepods and other microorganisms swimming in the water.
This post was an overview of some of the most obvious and active spring-dwellers.  What fun to look at this thriving aquatic community!  Trust me... we're only started looking what lives in this spring during the winter. 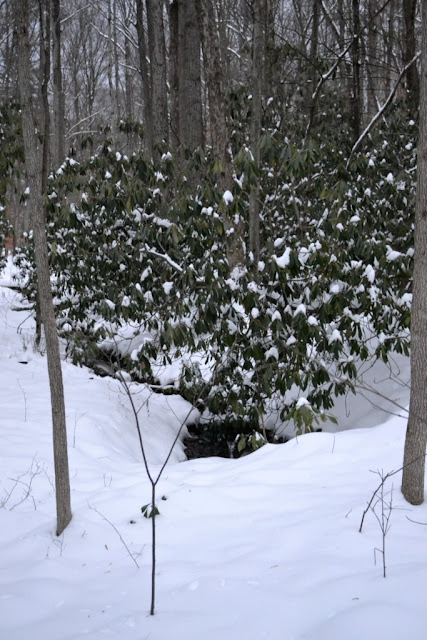 Oh, and I didn't get a chance yet to post about the scuds that go surfing in the roiling, boiling, sand fountains.  I'll get around to that soon, and I'll post about some additional inhabitants of this boiling-sand spring such as the aquatic snails.  I might also look at some of them in-depth, if I don't get side-tracked by the Rhododendron or by galls on the saplings.