Winter stoneflies have been emerging from the river for the past few weeks.  We are blessed to live at the water's edge where this kind of incredible thing happens frequently.  Have you ever closely observed this late-winter phenomenon of hatching winter stoneflies casting their skins?  If you haven't, let me introduce you to an emergent stonefly.  Perhaps now it is a nymph/stonefly.  In a few minutes this ugly thing will be a stonefly. 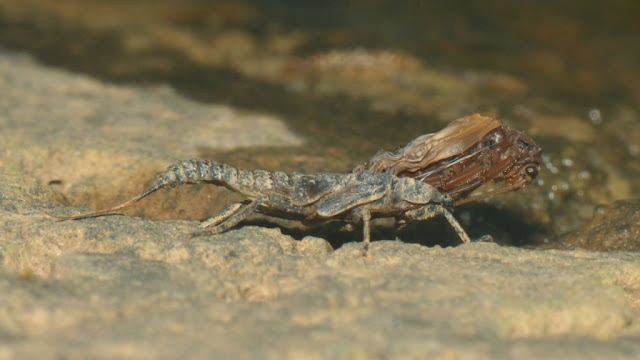 The winter stonefly nymphs have been living on the river bottom grazing on periphyton or feeding on detritus.   In late Feburary and early March these winter stonefly nymphs leave the water and become stoneflies, leaving their cast nymphal skins hanging all over rocks and branches on the shoreline.
Let's begin our late-winter riverside field trip with this video of a stonefly nymph as it comes swimming in to the shore.

This next photo shows a stonefly nymph after it crawled out of the water and onto a rock.  Beside the wet-looking stonefly nymph is the dry, grayish, cast nymphal skin left by another stonefly. 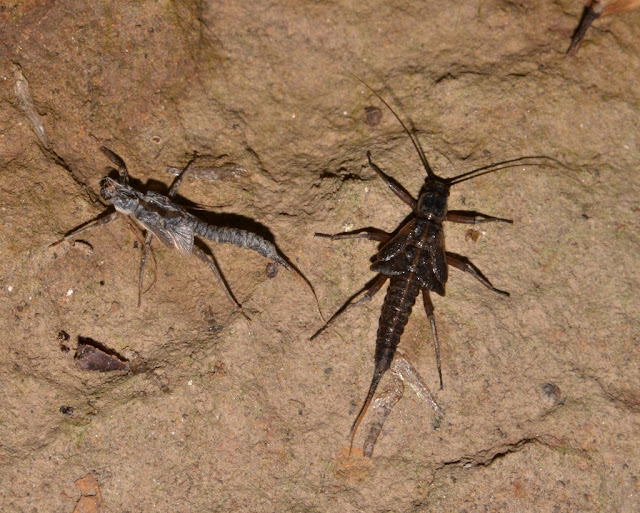 As the nymph dries... the back of the skin splits neatly open. 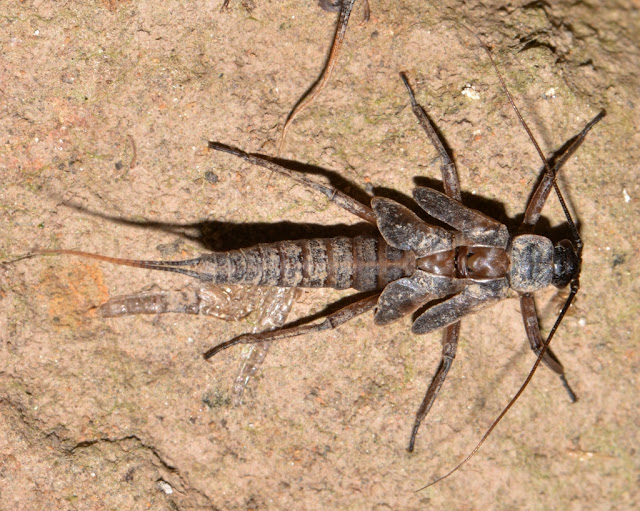 These photos show the beginning of the "casting" or "shucking" of a stonefly's nymphal skin. 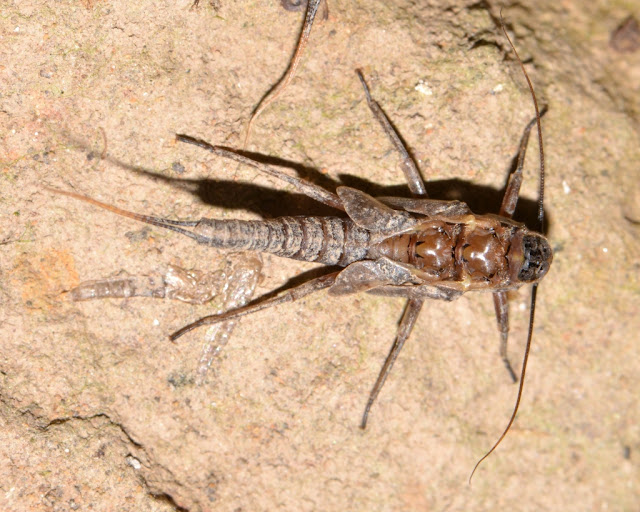 Shortly, the stonefly will be partially emerged, as pictured in the first photo of this post.
My next post will continue with the photos of winter stonefly nymphs in the process of casting their skins.
Posted by Dana at 3/13/2013