This evening was my first sighting of Comet Pan-STARRS.  I was on top of a hill kneeling in a hay field (thanks Pete) facing a biting cold wind.  I wasn't dressed for this last blast of winter, but I really wanted to see the comet... because up until this evening our skies were too cloudy for comet watching.
The wind was much too strong for taking good comet photos so I set my ISO up high and took some hand-held shots as well as some on the tripod (with my hands on to help steady the camera).  My first photos of Comet Pan-STARRS are rather terrible, but, hey, I guess some pictures are better than none. 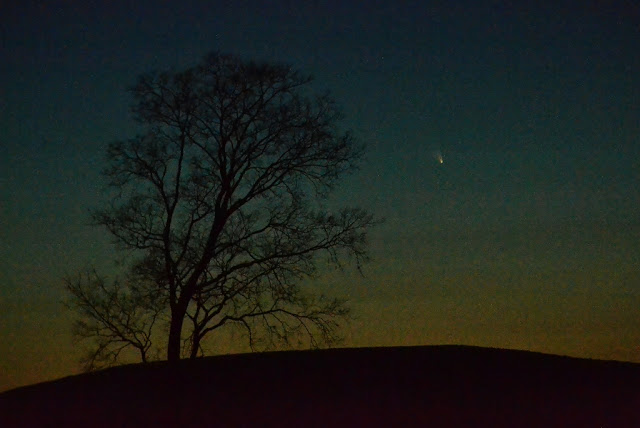 I'll remember taking these comet photos because the only thing worse than the pictures is how cold I was. 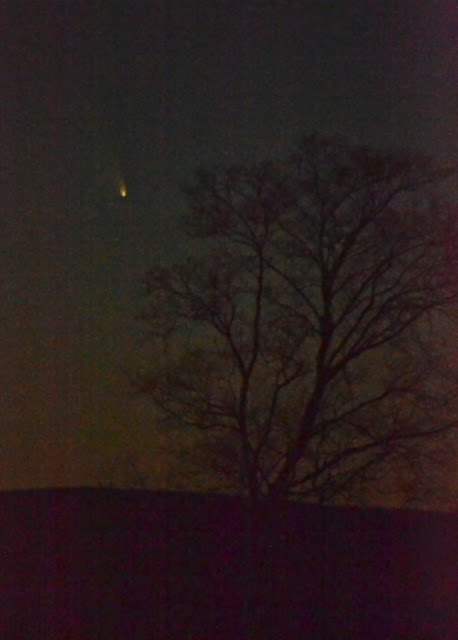 My hands were so cold I could hardly adjust the aperture and shutter speed much less hold the camera still.  Perhaps another night will be more conducive to catching a comet on camera.
I have "caught" other comets in times past.... like the one on my "About Me" page.  It's the picture where my silhouetted telescope is pointing toward Comet Hyakutake.
Posted by Dana at 3/15/2013