Flowers For The First Day Of Spring

Today is the first day of spring!  Yeah!
That of course means yesterday was the last day of winter.  Fittingly, yesterday the snow melted away and revealed some small flowers which had been buried by the recent snow. 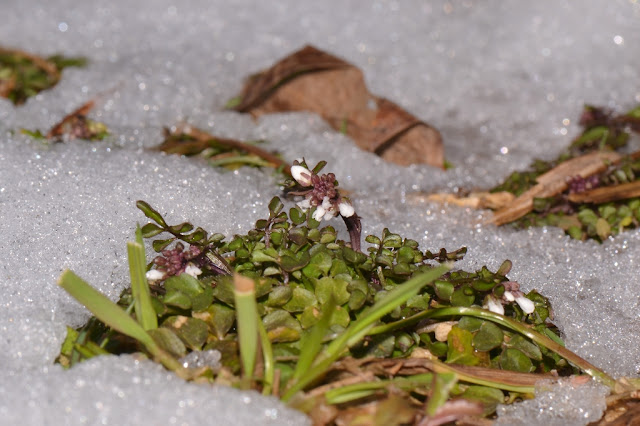 Some folks call these early-spring flowers, Bittercress, and some call them Shotweed.  As you can see, Bittercress likes to get an early start on spring. 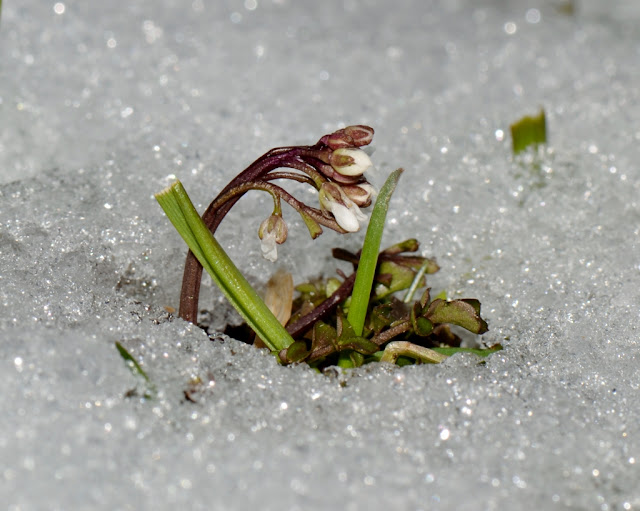 Bittercress flowers were the first springtime flowers we noticed this spring.  These small, white flowers have been blooming in our yard since back in the very beginning of March. 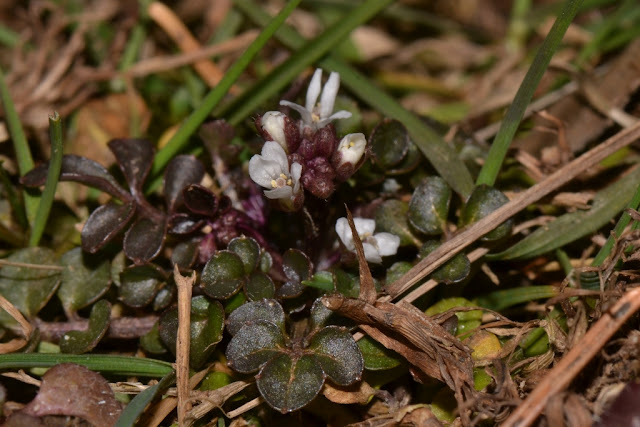 Here are a number of photos of Bittercress from before the snow. 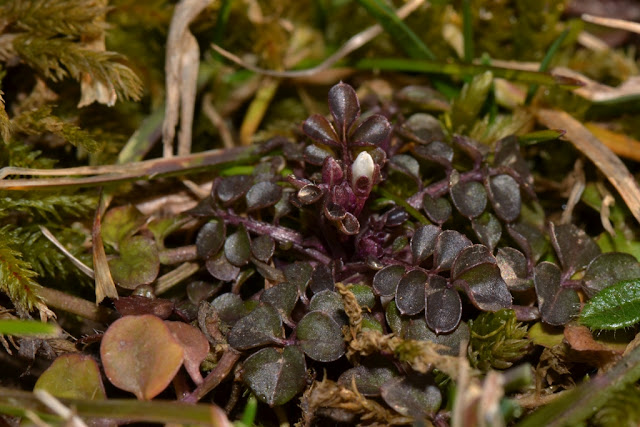 This next photo was taken to show the small size of the Bittercress plants we found growing around the house.. 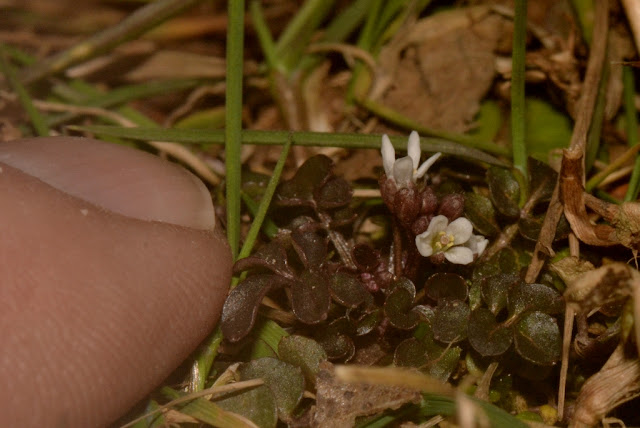 Bittercress flowers are small enough to be easily missed while watching for signs of spring. 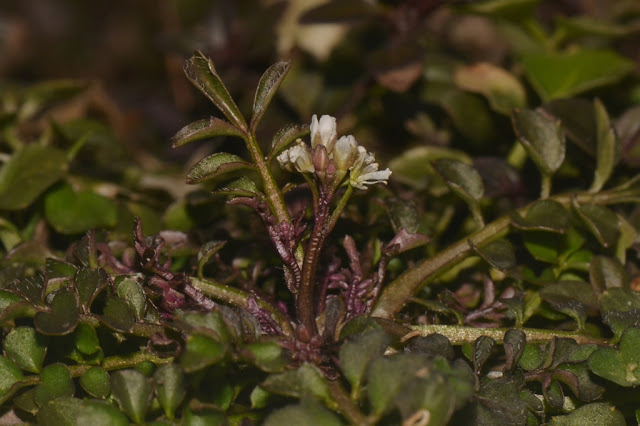 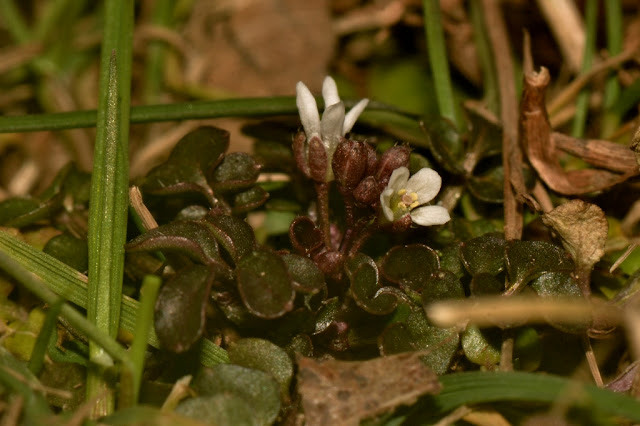 Here are some close-up photos of Bittercress flowers. 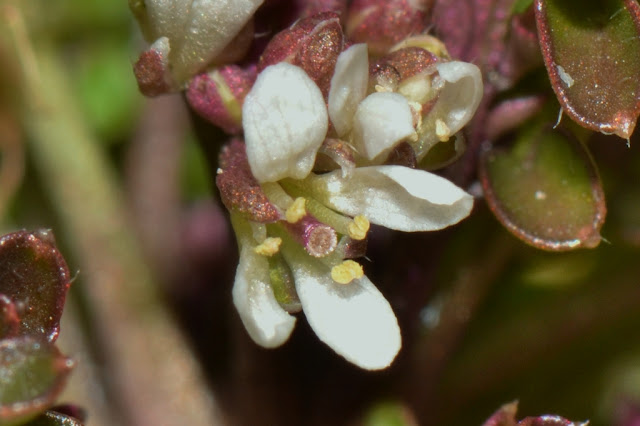 Bittercress may not as beautiful as Hepatica - another early spring flower, nor is it as unusual and smelly as Skunk Cabbage, but all of these flowers are a welcome sight in the spring. 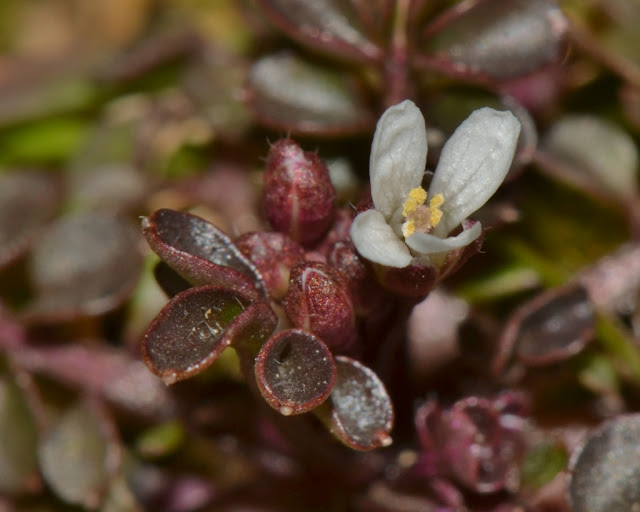 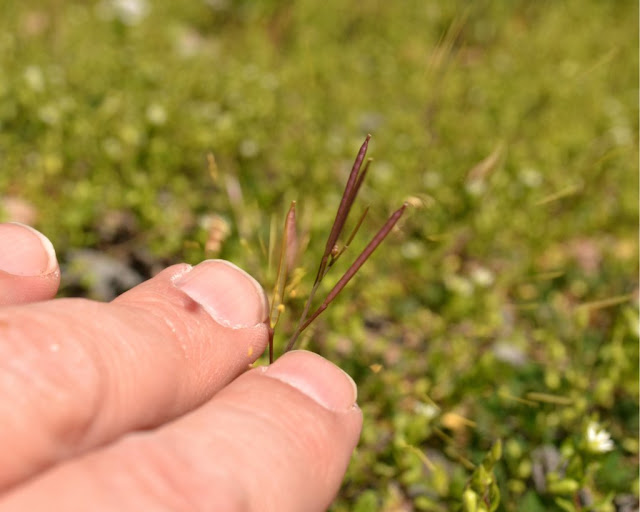 Some people think of Shotweed is a "weed", but I think Shotweed deserves a shout-out in the spring.  Hey, they're very small small plants, the flowers are cute (and not smelly), the seed dispersal mechanism is "cool", and the plant is an "early-bird". 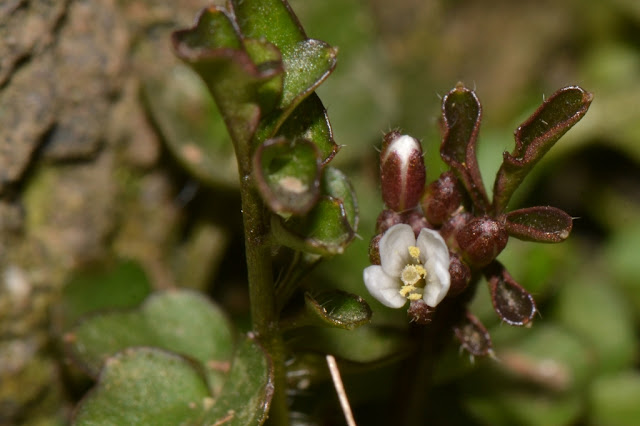