We enjoy watching scuds surfing in the boiling-sand spring. You wouldn't think these little amphipods would have an affinity for adventurous activities, but  we have often seen them shooting out of the spring-stream's sediment on fountains of sand. 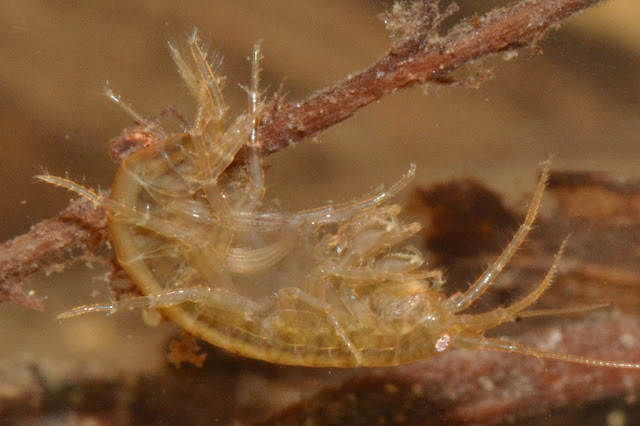 The scuds seem to intentionally get buried in the sand near the sand-boils.  Here is a photo of a scud waiting to be buried by the sand spewing from a sand-boil. 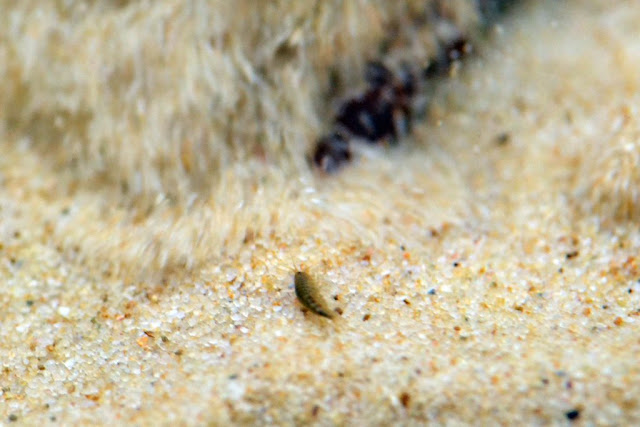 After the scuds disappear into the sediment, about ten to twenty seconds later they are shot out of the sediment... riding a fountain of sand.  We think the scuds do this just for the ride!
Watch this underwater video of the scuds, or amphipods, as they sink into the sand (to the right of center) and soon one gets shot out on the left of the sand boil.
The fountain-riding scud in this video didn't come shooting out the top like we've seen them do in other instances.  Here are photos of a scud taking a more dramatic ride on a fountain of sand. 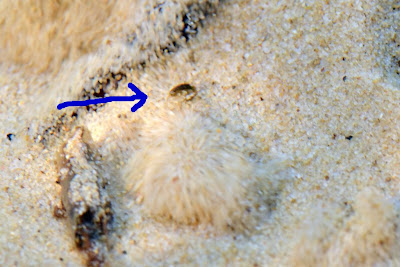 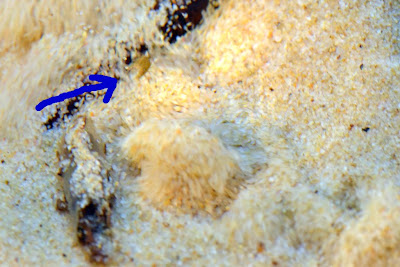 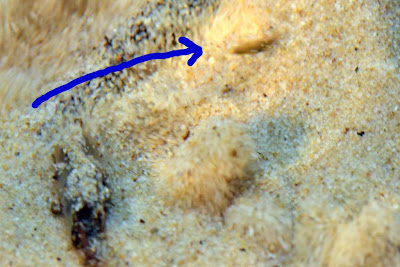 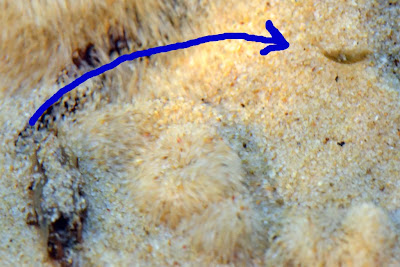 Scuds are fascinating crustaceans.  As I've mentioned in previous posts about the aquatic creatures in the sand spring, scuds are also called "side-swimmers".
Here is a photo showing a side-swimmer in action. 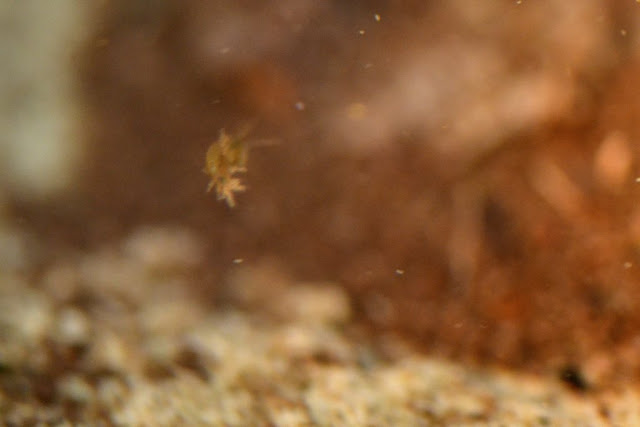 The side-swimmers also crawl around on their sides... here is a photo of a few scuds on the bottom of the spring. 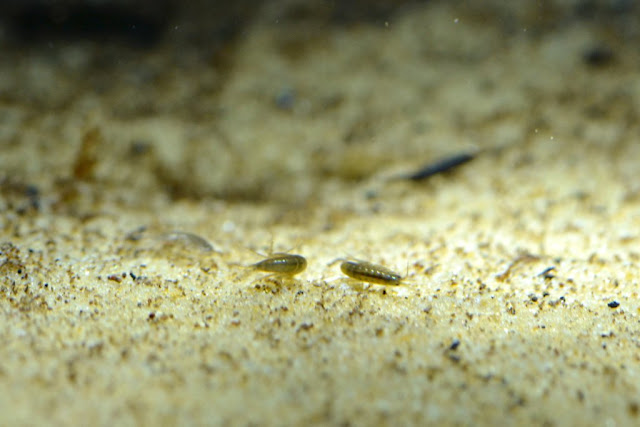 The scuds can also hang out on their sides. 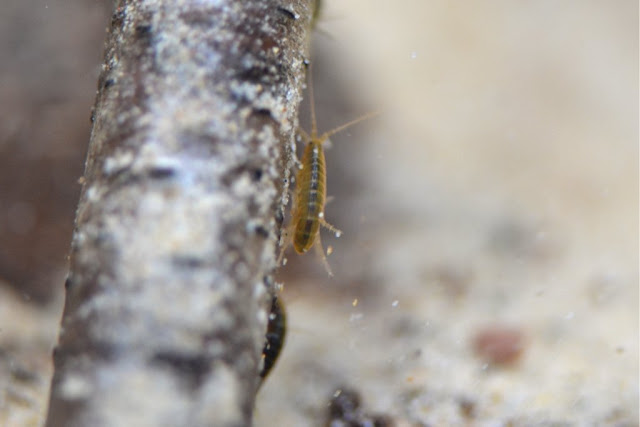 Take a close look at this macro shot of a scud... I took the photo to show the nasty-looking claws on the scud's front legs. 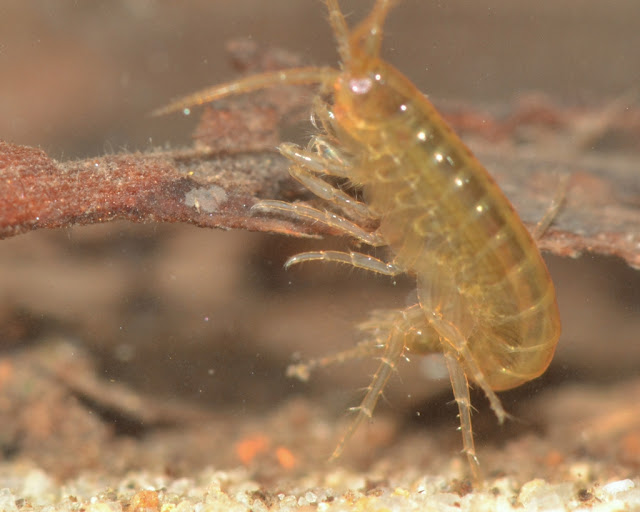 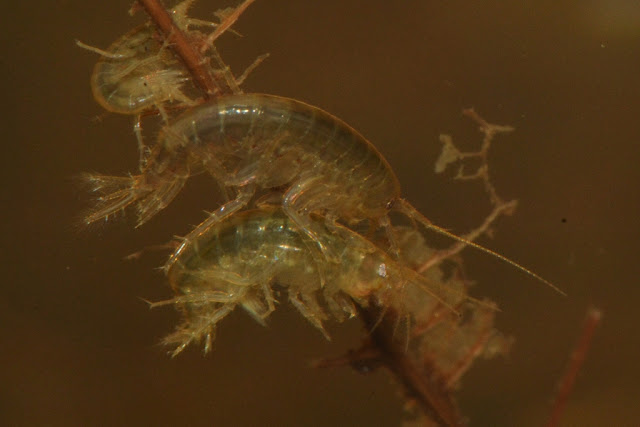 Another interesting observation we made at the spring is this mottled look of the sandy sediment. 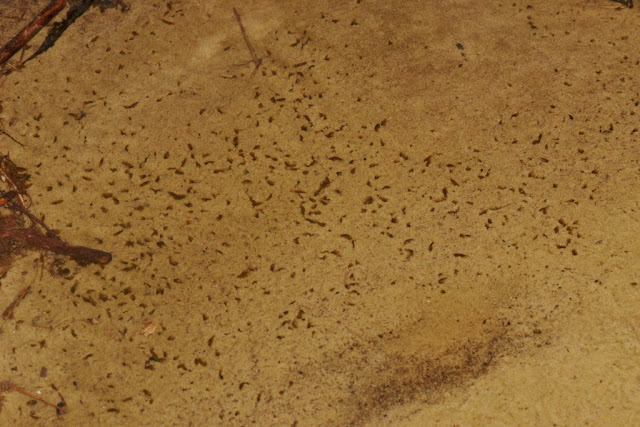 A closer look reveals many, many, scuds partially buried in the sandy bottom of the spring-stream. 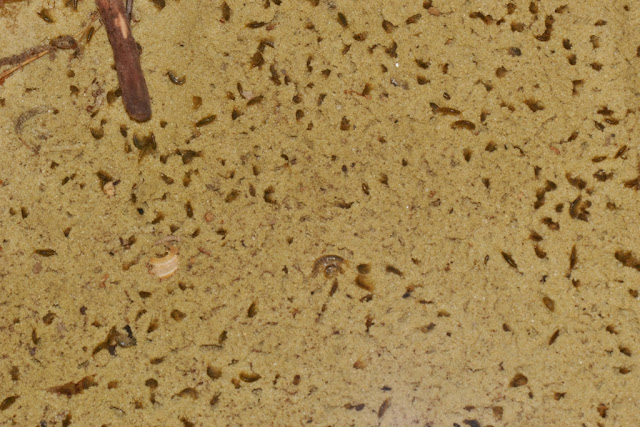 I told one of the boys to scoop up a handful of the sediment..... 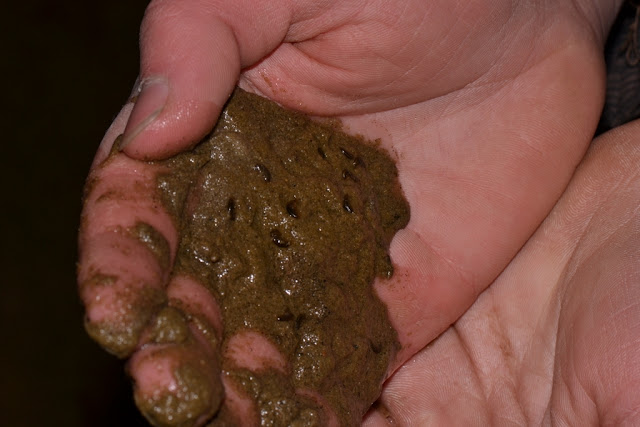 .... those many scuds in hand elicited some giggles with the ticklish feeling from the multitude of desperately wriggling scuds.
That's alot of scuds! 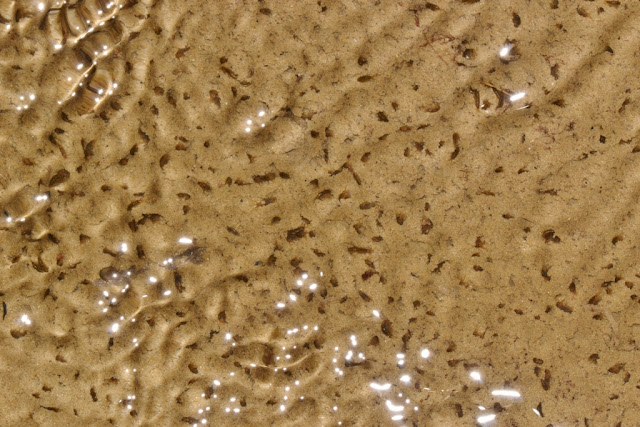 Maybe someday we'll try to calculate how many scuds per square foot and perhaps we will also investigate why these abundant amphipods congregate in the sediment like this.
See the first post in this series about aquatic life in a spring.
Posted by Dana at 3/04/2013