Today we received a few inches of new snow.  Out of curiosity, we went out to see if we could see any winter stoneflies crawling around on the freshly fallen snow.  We didn't have to go far to see numerous winter stoneflies bravely scurrying across our snow-covered yard and river bank. 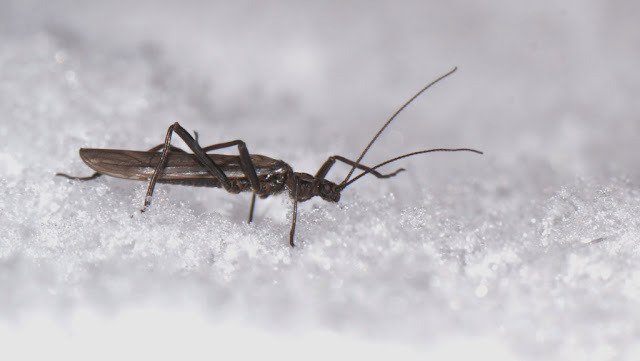 We appreciated seeing the winter stoneflies because they vividly demonstrated that some insects have the amazing ability to avoid freezing.  Winter stoneflies have anti-freeze in their systems which enables them to be active in the winter and to avoid being frozen even if their environment is a few degrees below freezing. 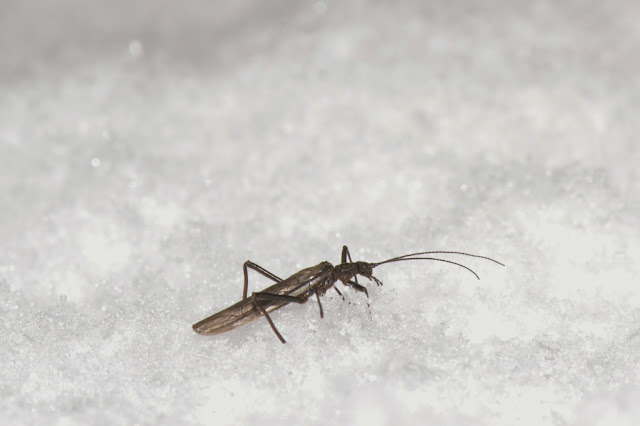 Since a photo "freezes" the subject, and in this case, makes it look like a bug on ice, here is a video of a winter stonefly scurrying across the snow.  The video better portrays the stoneflies' winter-defying actions.
The winter stoneflies seem very at home crawling on the snow...
... but surely there are some inherent dangers involved, such as getting too cold and freezing from too much accidental contact with snow crystals or falling snowflakes.  Also there is the danger of being easily spotted by hungry birds. 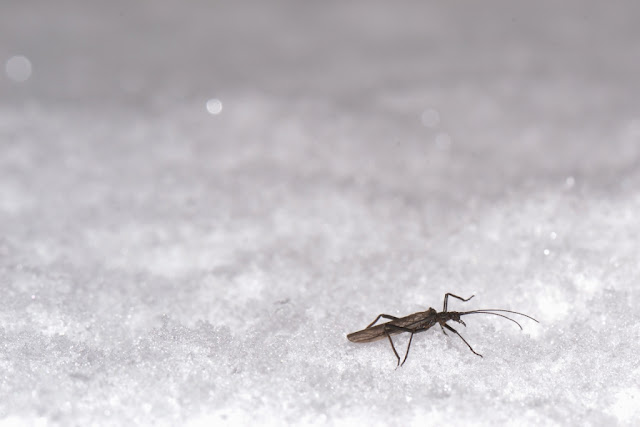 Somehow the winter stoneflies late-winter emergence works out well for them... and to think that not long ago these stoneflies were aquatic nymphs that crawled from the river and "hatched", or emerged, as these winter-active insects.
This is the concluding post in a series of posts on stoneflies that began with a post about the many winter stoneflies hanging around the house.  Another post was about the winter stoneflies skimming, or water-skiing, across the surface of the water.  I also posted twice about  emerging winter stonefly nymphs.
Posted by Dana at 3/16/2013