My boys and I were hiking along a woods-road the other day.  When we sat down for a rest, one of the boys pointed out a "weird caterpillar".  I pointed out that there were more around us.... we were surrounded by 'maggots'.  Really, it wasn't that bad, because the larvae we saw looked more like odd-looking caterpillars rather than maggots.  What we saw were flower fly larvae (Syrphid sp.) which are also known as hover flies.
Here is a photo of one of the many flower fly larvae we saw on the forest floor. 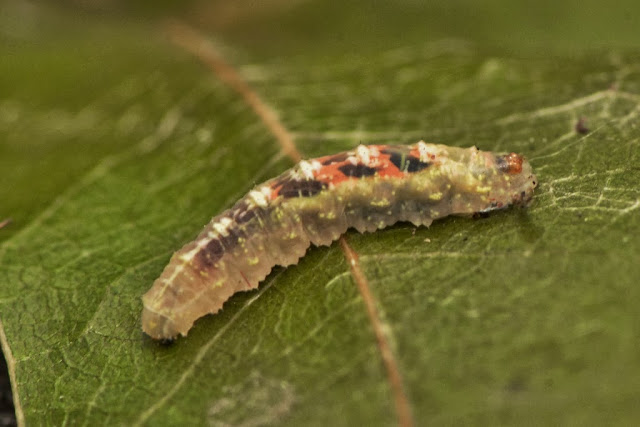 I suspect these flower fly larvae may have made their way to the ground in preparation of pupating.  The flower fly larvae were 'crawling' on fallen twigs and leaves in their unique way.  Also, they have this habit of swinging their front half around like an elephant's trunk. 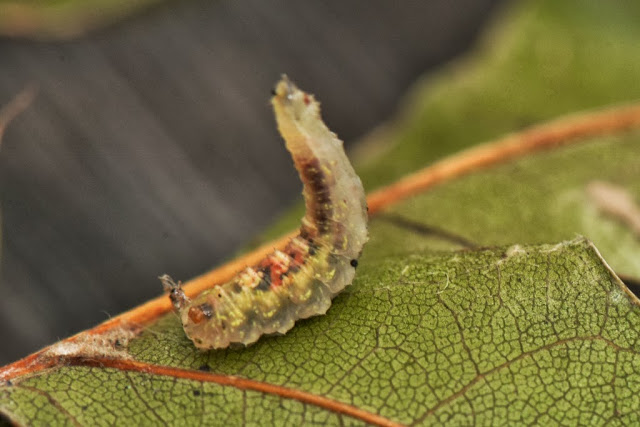 Here is a video of a flower fly larva as it 'crawls' along.

Some flower fly larvae are know as 'aphid killers'. 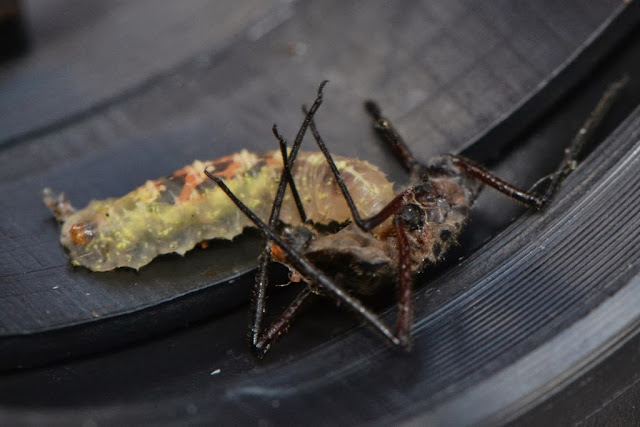 The ones we encountered there in the woods were obviously predatory larvae, since I noticed that some of them were preying on Giant Aphids. 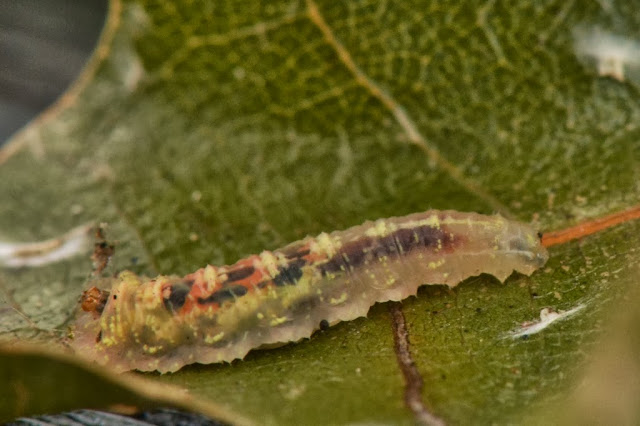 About the larvae, one boy said,  "They are not exactly maggo-nificent", but since it seems we are surrounded by maggots, we might as well take note of some of them...
I think I'd rather be surrounded by hover flies.