Bowls and Doilies Revealed By A Snow Squall

Snow fell as I hiked through the woods in late March.  The snowflakes highlighted some evidence of the insect and spider world that I otherwise would have missed. 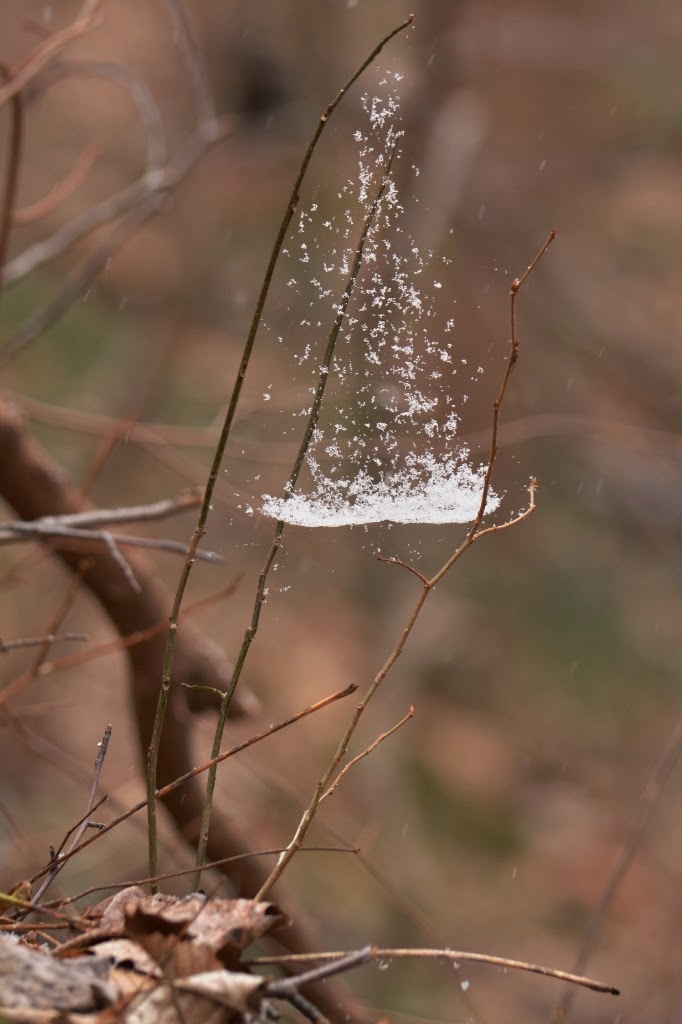 Without the dusting of snowflakes on the many bowl and doily spider webs I saw scattered throughout the woods, I doubt I would have noticed the unique spider webs and the prey they held. 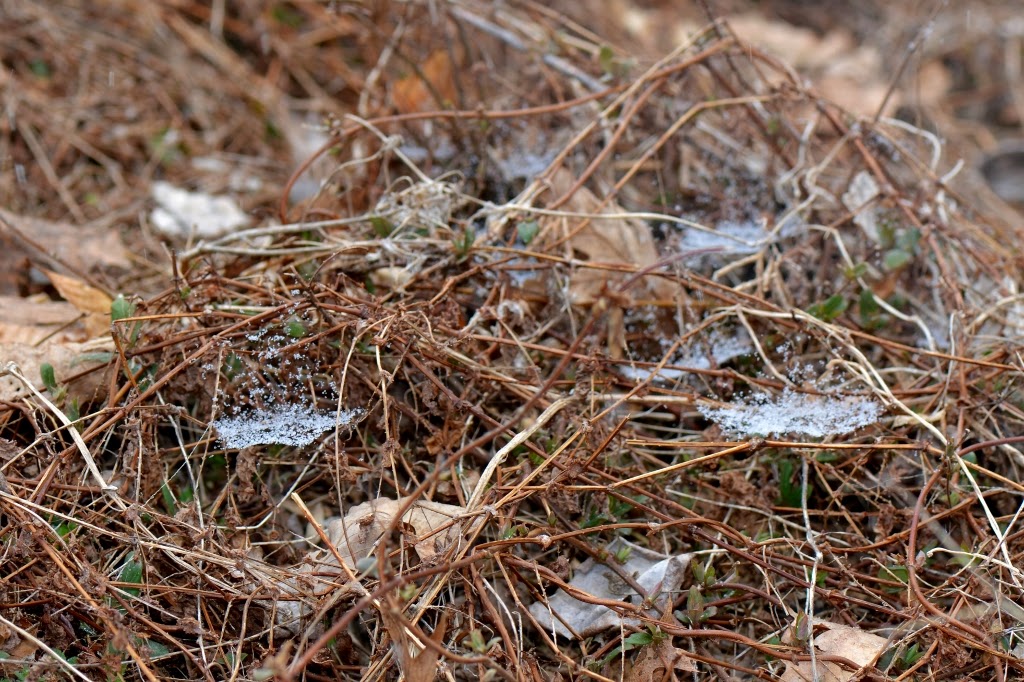 The snowflakes highlighted the bowls and the anchoring silk threads above the bowls.  The doilies were not very noticeable. 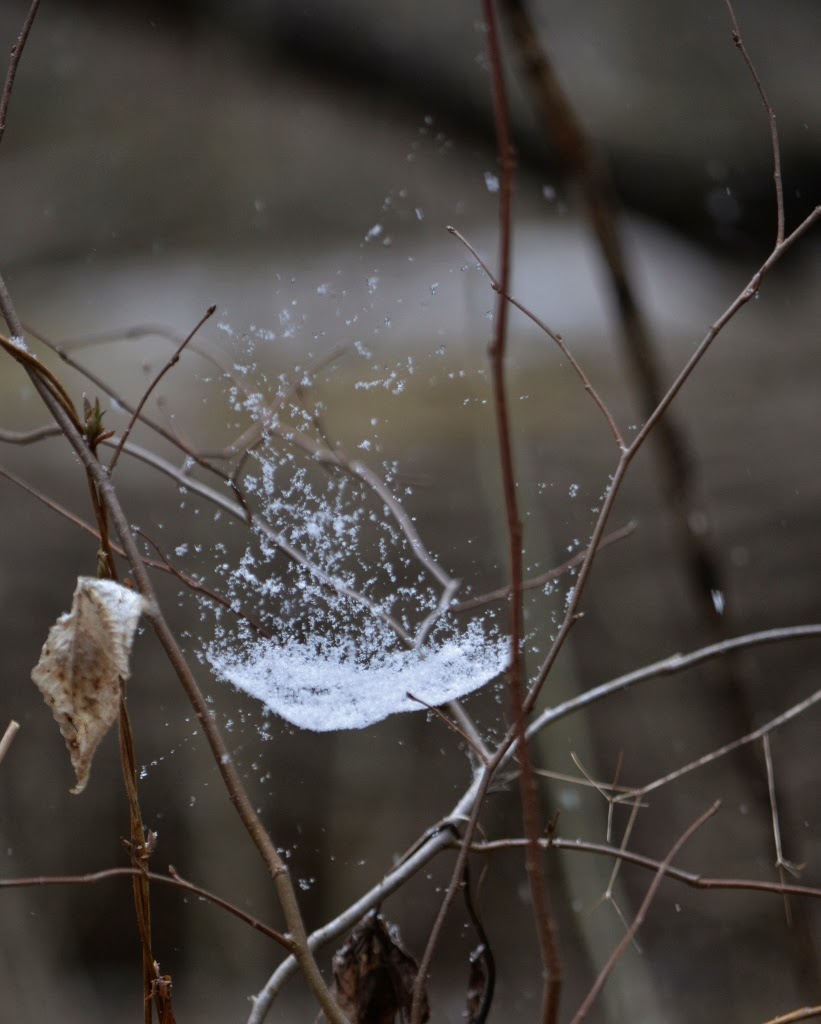 Here is a close-up of a web's bowl with the spider's prey on the underside.  I would presume those insects flew into the anchor lines and fell into the bowl where they were captured by the spider and pulled below to the spider's lair in the 'doily' area. 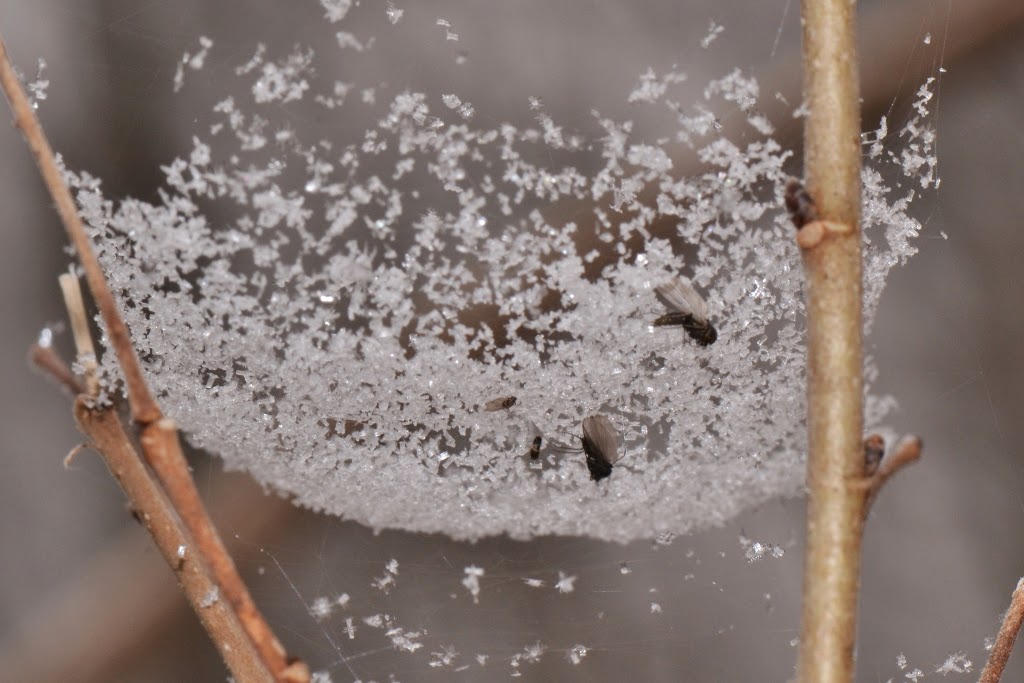 Here is a photo of a bowl and doily spider, Frontinella communis hanging out under its snow-coated web.  The spider does look rather cold, but it did actually move away from my macro lens. 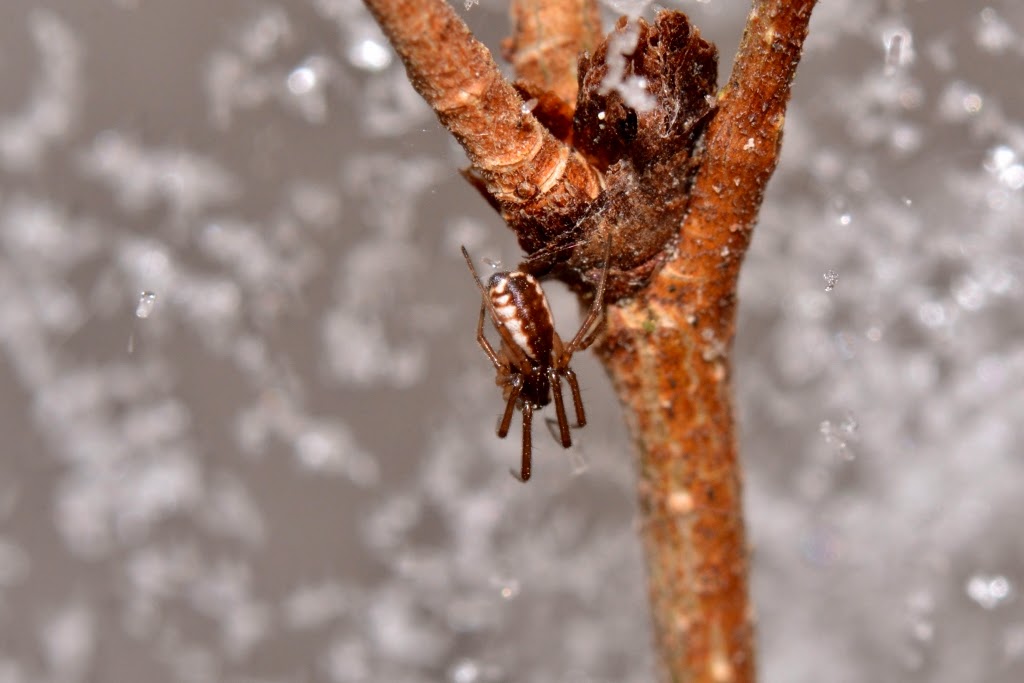 Who would have thought that with winter's grip still strong this spring that so many spiders and flying insects would  already be active?
Posted by Dana at 3/27/2014