Three Mergansers and a Fish

The mergansers have been fishing relentlessly in the river in front of our house.  We have seen as many as seven mergansers actively diving for fish, sometimes all at once.  Imagine a moment on the river with seven areas of spreading ripples... a short while later seven diving ducks pop up from their dives. In this post there are photos of the three kinds of mergansers that visited the river in front of our house... one of the pictures shows a merganser just after it caught a fish.
Here in this photo, a Common Merganser is flaunting its catch - which happens to be a rather nice-sized Perch. 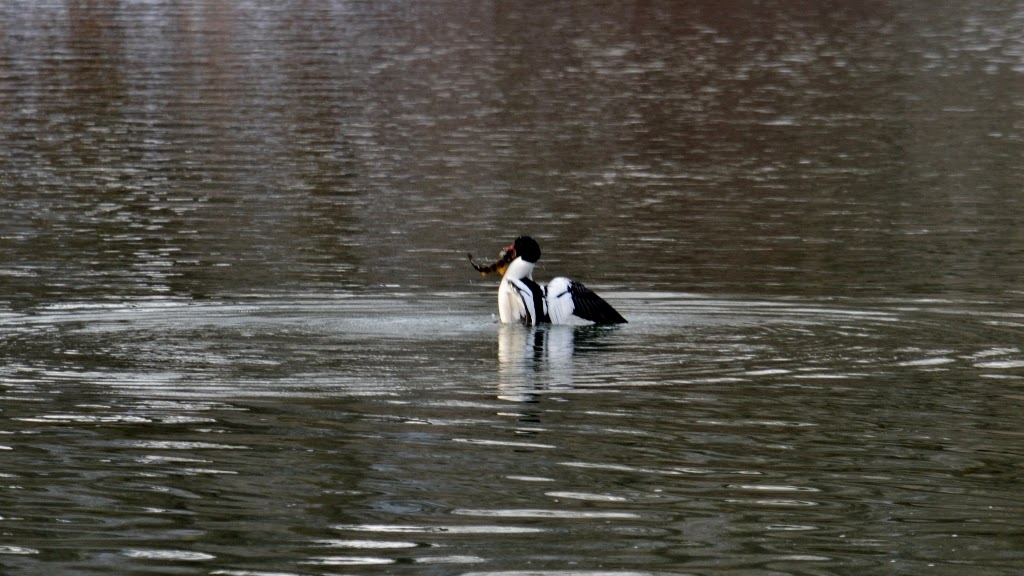 If you haven't had the privilege, sometime you should see a merganser swallow a fish!

This next photo shows a male Common Merganser.  They seem to be the most common ones we see around here.   Maybe we tend to spot them more often because of their larger size combined with their bright white-and-black markings. 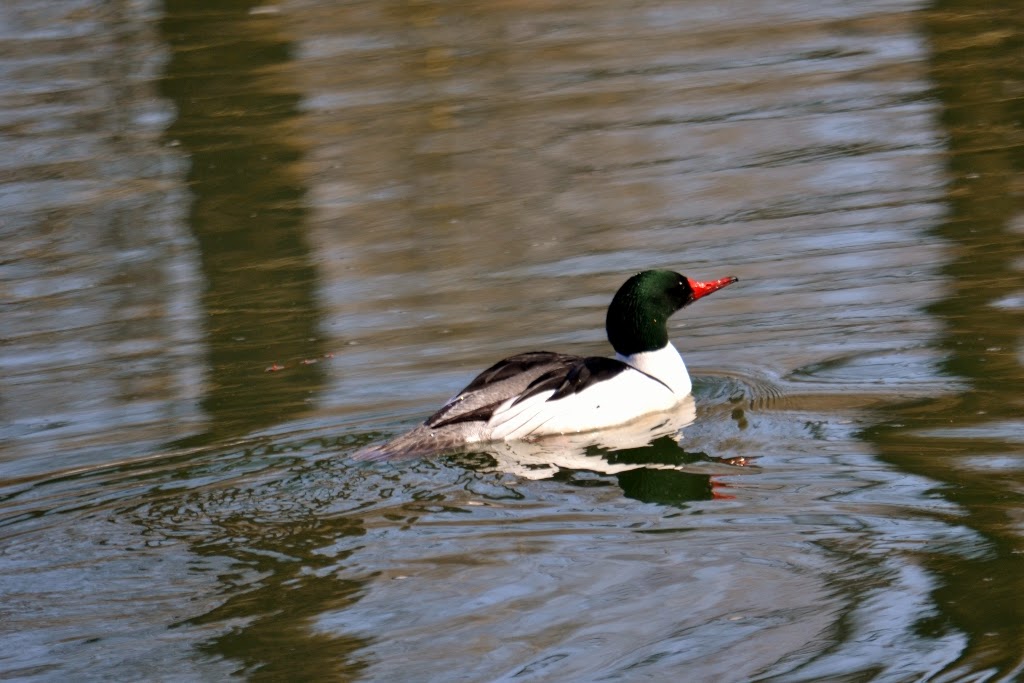 Here is a photo of a female Common Merganser. 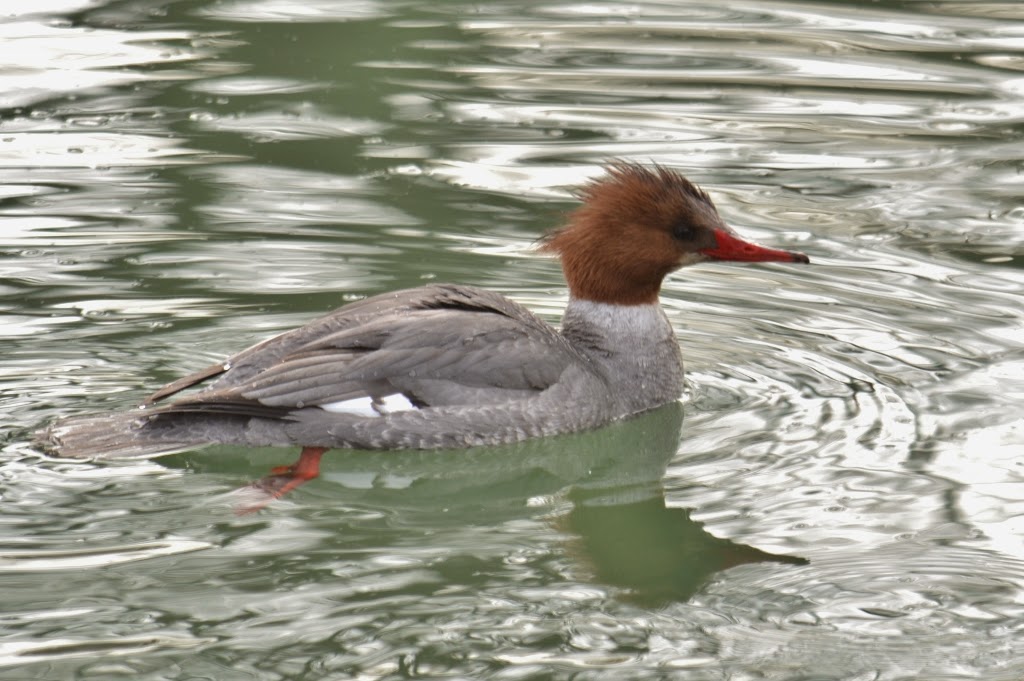 Occasionally we see Hooded Mergansers.  They seem to be passing through and are rather elusive - staying mostly along the far riverbank. 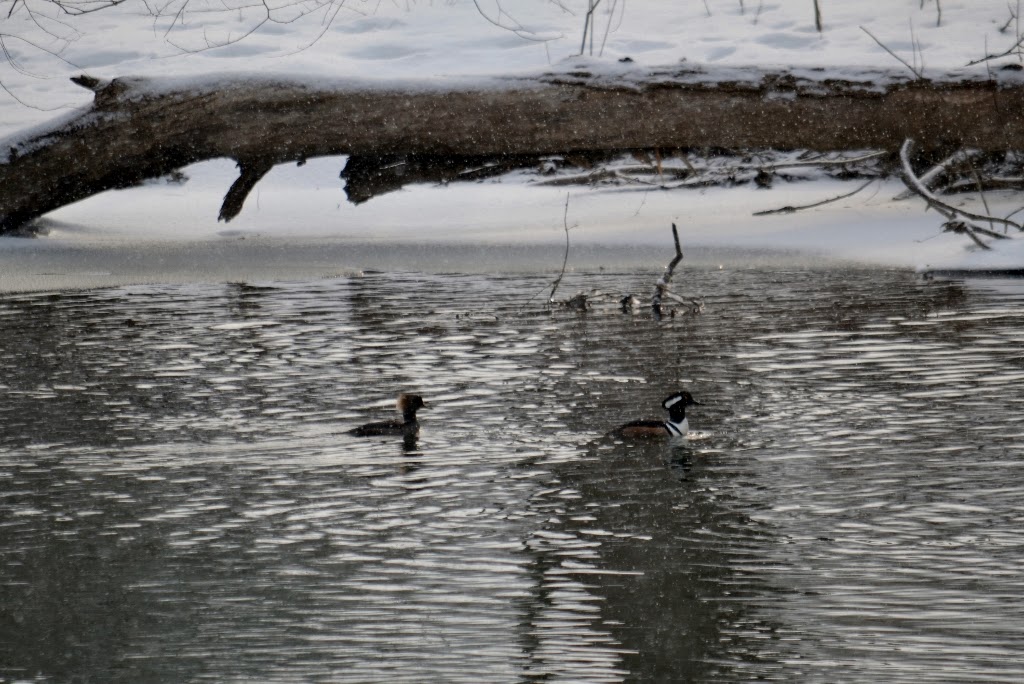 In a post a couple of years ago, I posted a photo of some Hooded Mergansers putting on a display. 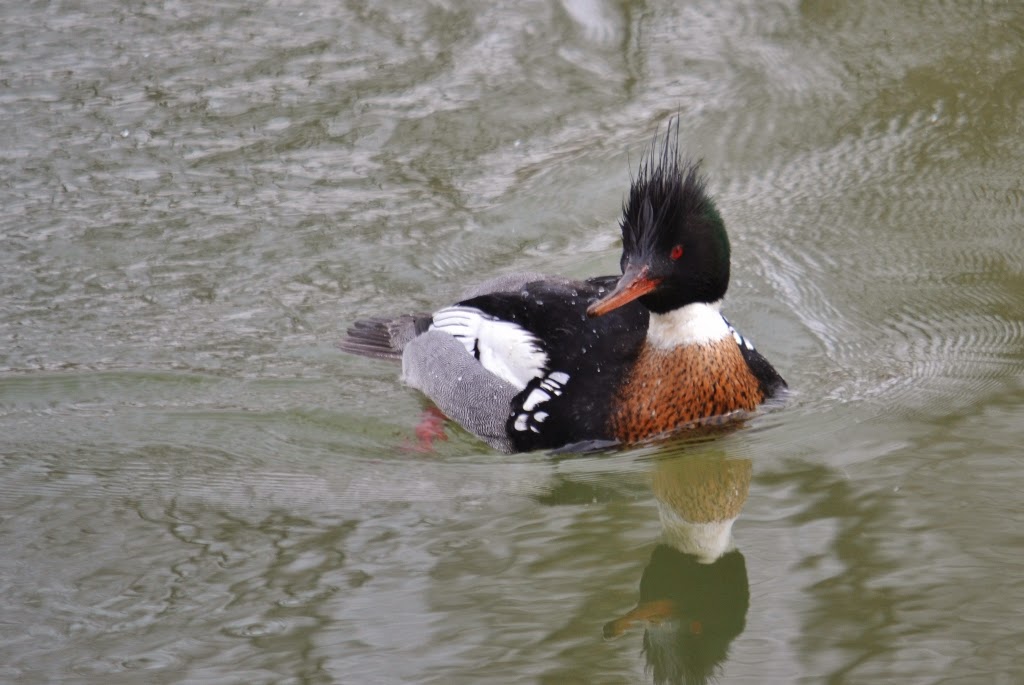 They sure have an fascinating crest. 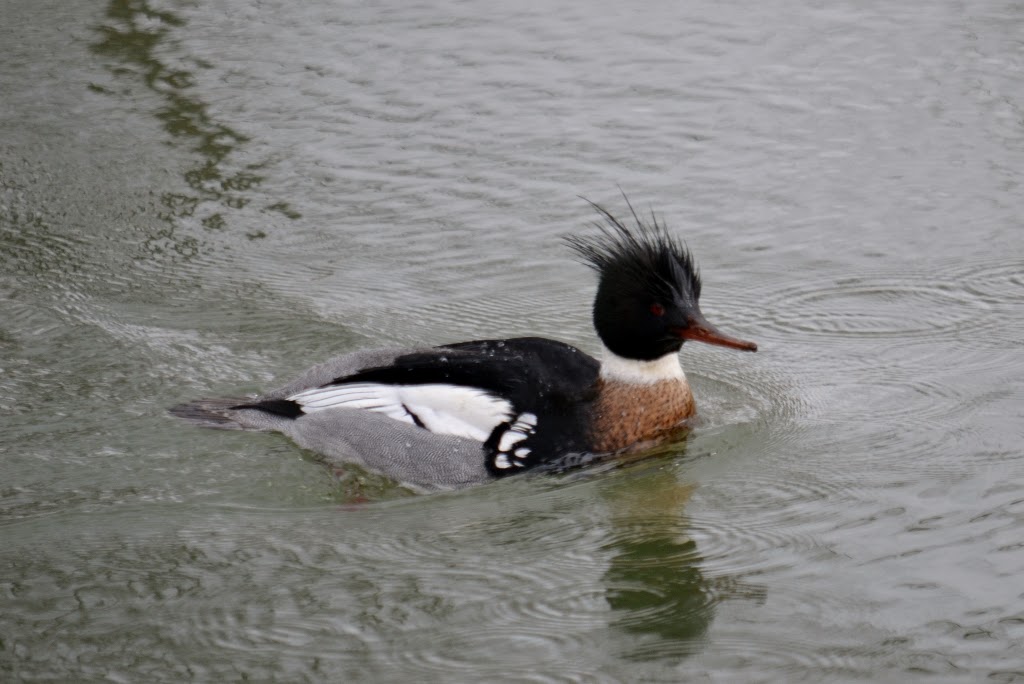 Sometimes in the morning my hair looks like that.

That said, I don't know that I ever looked like the Red-breasted Merganser with the "swollen neck" that I posted about a number of days ago.... I will soon show the series of photos I took of the events surrounding that 'Merganser with the mumps'.